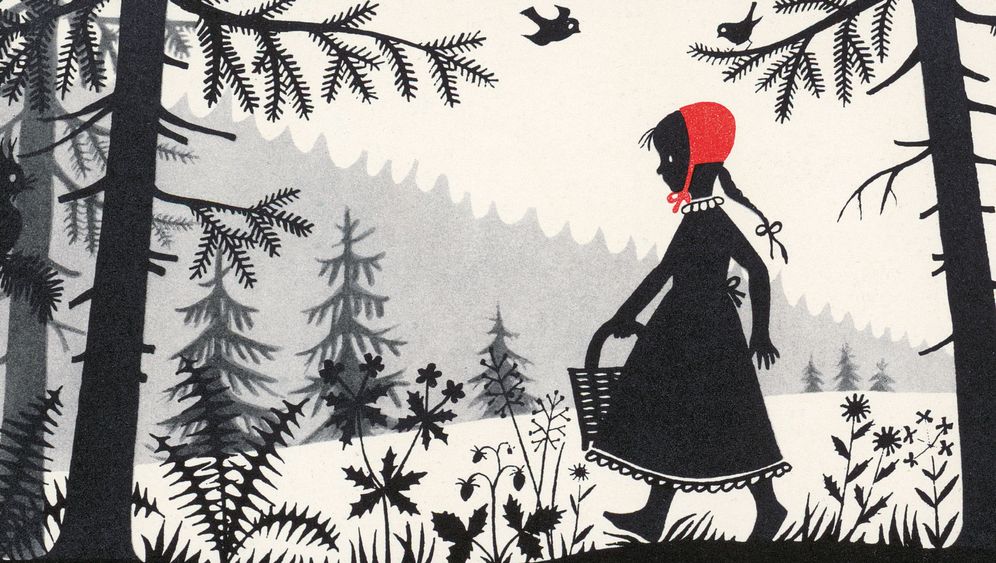 Once upon a time, two centuries ago, Jacob and Wilhelm Grimm set out to gather folk stories for posterity. Little did they know that the collection of tales they published would become one of the most widely read works in history, capturing the popular imagination around the world for generations.

Two hundred years ago today, on December 20, 1812, the Grimm brothers published the first edition of their "Kinder- und Hausmärchen," or "Children's and Household Tales," now commonly known as "Grimms' Fairy Tales." Aside from the Luther Bible, it is considered to be the most widely distributed literary work of German origin, with translations in more than 160 languages. Not only were the Grimms pioneers in the scientific documentation of folklore, they also provided a seemingly endless source of inspiration for writers, artists and filmmakers.

"The fairy tale genre is fascinating because it's all around us all the time," says prominent fairy tale scholar Jack Zipes. "We imbibe it without even knowing we're doing it. It's in film, opera, ballet, in our daily lives, in publicity -- we refer to fairy tales as a reference point in our lives. We even try to lead our lives like fairy tales."

So what is the secret of Grimms' Fairy Tales' nearly universal appeal? The Grimms were dedicated linguists and philologists who saw fairy tales as a living record of cultural history. Their unique approach somehow managed to tap into our collective consciousness.

"The 'Kinder- und Hausmärchen' are like a concave mirror that captures a fairy tale tradition marked by several cultures, compiles it in a new form, bundles it together and reflects it in such a way that a new tradition emerges and, bound to the work itself, unfolds with worldwide impact," reads the description of the work in the successful nomination for membership in UNESCO's Memory of the World Registry in 2005.

This reference to the traditions of more than one culture addresses a common misconception about the fairy tales -- that they somehow represent the German ethnic soul. While they may have been collected by Germans, who in their editing and writing in that language certainly coated the tales with a Teutonic veneer, scholars have found that the scope of their origins stretches beyond even the borders of Europe.

"The Grimms did not call their tales 'German' household tales," says Zipes, who has studied how their elements trace back to Russia, Slavic countries, Greece, Italy and even ancient Sanskrit texts. "They very quickly realized that these tales were all over and that there is no such thing as a genuine, authentic German folktale," he says. One of the volume's best-loved stories, "Cinderella," for example, has been found in about 500 different incarnations around Europe, says Zipes, professor emiritus at the University of Minnesota.

"What we don't know is where exactly these tales come from, when they originated and how they were disseminated," says Zipes. "This is the great mystery. They go back to pagan times. We can only surmise how far back."

Similarly, celebrated German novelist Martin Walser recently said in an interview the Grimm stories are "our oldest testament," stories that hearken back to a time when "the people were still poets."

But the appeal of the Grimms' particular versions of such tales comes from their painstaking revision process, which took place over the course of 45 years through seven different editions, says Noel Daniel, editor of publisher Taschen's new translation of the original tales, released last year along with stunning vintage illustrations she pulled from archives around the world. "Their great creative act was editing what they got," says Daniel. The result "takes hold of our imaginations when we are young children and stays with us throughout our lives."

Over its 30-year history, the art book publisher had never released a children's book, but saw the Grimms' work and its ageless appeal as an opportunity to change that. Daniel selected stories from the final 1857 edition, their most pared-down, child-friendly version. Her aim, she says, was to "go back to the source and cut through all the cleaning up and derivatives that have come since."

The fact is that Grimms' Fairy Tales, despite their original title, were not initially aimed at children. It was only in response to outside pressure, which came after translations of their early editions that were geared toward children had success abroad, that they began to weed out the more offensive elements of the stories and remove some stories altogether. "They decided to modify the really truly frightening, brutal, scatological, incestuous or bawdy tales," Zipes says. For example, one tale entitled "How Children Played at Slaughtering," in which kids try to emulate a butcher and one child ends up dead, did not make the cut for the final edition.

Still, says Daniel, the 1857 edition retained a number of details that continue to be removed in other versions on the market today. "The horse's head is still nailed to the fence in 'The Goose Girl,' and various people in different tales lose appendages," she says. "It's not completely sanitized."

Despite the extensive amount of reinterpretation and sugar-coating that continues in the countless versions available today in various forms, the tales maintain their popularity because their key elements are common to all. "We recast them, but the basic plots, motifs and characters are still there," says Zipes. "Metaphorically these tales deal with our real problems, like child abandonment in 'Hansel and Gretel'."

But perhaps their most alluring element is the utopian world in which they take place. "Whoever is a tyrant, a witch, an evil brother, or mother who wants her own daughter dead -- they will always be punished. There will always be justice," Zipes says. Additionally, characters of humble origins, if they are kind and generous, often manage to achieve some kind of success in the stories. "They offer us hope that we can survive despite the odds that are against us," Zipes adds.

Still, amid the love fest accompanying the tales' 200th anniversary, casting a critical glance at the texts is also important. Many of the stories are sexist, reflecting a patriarchal culture. Zipes cites the tale of "Little Red Riding Hood," which originated in the medieval period, as a metaphor for rape in which women are blamed for the crime. "We have a responsibility to revise the Grimms' tales according to a new utopian ideal," he says. "Artistically, we have to rethink ways we can convey the problems of these stories such as incest, rape and child abuse and use the metaphors in a way that will resonate so people will confront these issues in a way that will do justice to women and people of different races."

Disney has made a fortune producing beloved animated versions the Grimms' tales, such as "Snow White and the Seven Dwarfs," "Sleeping Beauty," and most recently "Tangled," a film about Rapunzel. But these films, in particular, fail to take a modern approach. "All Disney films should be abolished," Zipes says. "They are simplistic, highly sexist, somewhat racist and stupid."