When the Oscar Martay, the film officer with the US military administration in Berlin, conceived of the idea of an international film festival 60 years ago, the Cold War was at its peak and much of the destroyed city was still in rubble.

The first Berlin International Film Festival in 1951 was designed to serve as a propaganda tool for the Allies just two years after the end of the Soviet blockade of West Berlin. The divided city marked the front line of the conflict with Soviet Russia and its satellite states in Eastern Europe and the US officials were determined to introduce bring a bit of glamour to the sector of the city they controlled. The festival was to be a "showcase of the free world." 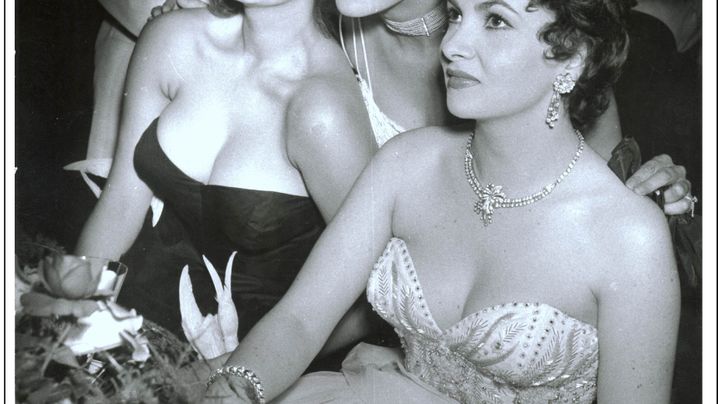 The US military officials wanted the festival to be an international success and encouraged Hollywood's A-List to come to Germany. Jayne Mansfield, Errol Flynn, Carey Grant, Sophia Loren, Shirley Maclaine and Gene Kelly, were just some of the many stars that flocked to West Berlin in the early years of the festival, which was always extremely popular with the West Berliners.

It took some time, however, for the festival, known as the Berlinale, to establish itself internationally. It was only given the "A" status from the International Federation of Film Producer's Associations in 1958, which put it on a par with Cannes and Venice. In the first few years the winners of the top prizes were chosen by the public, but once a jury began making the selections the festival quickly gained a reputation for highlighting avant-garde and experimental films.

The first non-English language film to be accorded the coveted Golden Bear was Ingmar Bergman's "Wild Strawberries," in 1958. During the 1960s European auters such as Jean-Luc Godard, Michelangelo Antonioni and Roman Polanksi would be awarded Golden or Silver Bears by the festival jury.

The festival gained a reputation for promoting edgy political films and it also became the scene of a number of scandals, many of which were due to ongoing Cold War tensions.

In 1970 Michael Verhoeven caused consternation in the jury when he unveiled his film "O.K." about a Vietnamese girl who is raped and shot by four US soldiers. Jury president George Stevens had served in the US Army during World War II and had been among the soldiers to liberate Dachau concentration camp. He objected vehemently to a German director accusing Americans of war crimes. The dispute within the jury over the film eventually led to it disbanding and no prizes were awarded that year.

Another Vietnam film caused a scandal in 1979. The Soviet Union and Eastern Bloc delegations, including two members of the jury, walked out of the festival over the representation of the North Vietnamese Viet Cong in Michael Cimino's "The Deer Hunter."

Politics was not the only source of scandal. The 1976 the Japanese film by director Nagisa Oshima "In the Realm of the Senses" or "Ai no Korida" was confiscated from the Zoo Palast cinema by police as pornography.

This year the festival is not only celebrating its 60th year but Berlin is also marking 20 years since East and West Germany reunified in 1990. It is fitting then that the gala party on Thursday night to mark the opening of the festival is to be held deep within the former East Berlin. The festivities will take place in Café Moskau, on the Karl Marx Allee, right across from the former East German leader Eric Honecker's favorite cinema, the International.