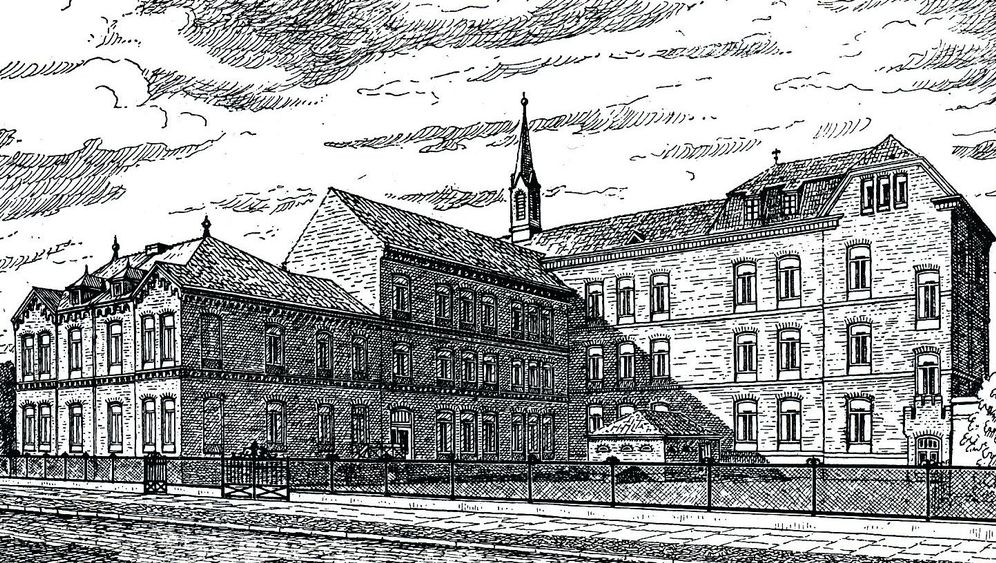 On Friday, June 20, 1913, 100 years ago, death arrived at the Marienschule school in Bremen, Germany. What happened that day wasn't just any old murder -- it was the first documented mass school shooting in history.

It was shortly before 11 a.m., as teacher Maria Pohl lined her students up in two lines to leave the school building for recess. As the girls began to move, a man stormed up the stairs and opened fire. His name was Heinz Jacob Friedrich Ernst Schmidt, a 29-year-old unemployed teacher who had only lived in the city since December of the previous year.

Panic broke out as Schmidt continued to fire his gun. Two girls were shot dead. A third fell and broke her neck as she tried to climb over a stair railing to escape. A few other girls retreated back into the classroom, where they were pursued by the killer. The five- and six-year old girls begged for their lives: "Uncle, please don't shoot us!"

Meanwhile, Maria Pohl sought safety in the boy's classroom across the hall. The teacher there quickly barricaded the door, opened the window and ordered his pupils to jump from the room, located on the mezzanine floor, down into the school yard.

After hearing shots, the school's janitor ran inside the building. He threw himself onto the back of the killer, who had just unsuccessfully attempted to get into the barricaded room. During the fight, the killer fired a shot through the janitor that entered through his jaw and exited through his cheek. He lay unconscious as Schmidt continued to rush upstairs.

From the open window of the staircase landing, he began firing at the boys trying to escape through the courtyard. He struck five of them. Some of the shots also penetrated neighboring apartments as well as a construction site, where a roofer was struck in the arm. As Schmidt continued his way up the stairs, teacher Hubert Möllmann tried to stop him. The killer fired at him and struck him in the chest. Möllmann was still able to tackle the killer and wrestle him to the floor before he was struck in the abdomen by a second bullet and was left lying there.

By then, concerned mothers and fathers had begun running to the school. Neighboring streets had filled with onlookers and some had tried to catch a glimpse of the events unfolding from nearby rooftops. Some of the passersby forced their way into the building in an effort to overcome the killer, who was by then fighting against several people. A coachman who had arrived at the scene finally beat Schmidt down with a pitchfork, as the Bremen correspondent for the Berliner Lokal-Anzeiger newspaper reported at the time.

After just 15 minutes, the massacre was over. It would ultimately cost five lives: In addition to the three girls killed on the spot, two other girls died in the hospital over the next four weeks due to complications relating to their gunshot wounds. Police arrested Schmidt and took him to the nearest police station. They reported having trouble protecting Schmidt from an angry lynch mob that had gathered. Police raised their pistols and swords in order to drive the masses, which included many parents whose children had attended the Marienschule, away.

The German Empire was busy celebrating the 25th anniversary of the accession to power by his Kaiser Wilhelm II with magnificent military parades as the news from Bremen began circulating through the country's newsrooms. Newspapers published special editions about the "school bloodbath." Even the New York Times published an eyewitness report from Bremen.

In the public debate that swiftly ensued after the killings, calls were made for tighter weapons laws in the German Empire. The fact that Schmidt had succeeded in purchasing several Browning pistols and close to a thousand bullets had outraged many given that he had long suffered from psychological illnesses that had hindered him from being able to continue his vocation as a teacher.

Indeed, in March and April of 1913, two Bremen weapons dealers had contacted the police because they thought the amount of weapons and munitions Schmidt had purchased seemed suspicious. But the investigations didn't lead anywhere. After the massacre, it also emerged that Schmidt's mother had come to Bremen a few months prior to the shooting spree to in an unsuccessful attempt to have her son admitted to a mental hospital. Schmidt had already had a stay in a sanatorium in May 1911, but he was released a short time later -- allegedly cured.

Schmidt himself refused to provide any testimony after his arrest, but details from his earlier life and possible motives quickly came to light. On a letter from his sister about their seriously ill father, a Protestant clergyman, he had scrawled, "the Jesuits did this." Bremen detectives found out that Schmidt's father had died the day before the massacre and that he had learned of the death from a telegram delivered that afternoon. He also blamed his father's death on the Jesuits, he later wrote in a letter to a Bremen doctor.

Even though Jesuit orders had been banned within the German Empire under the Jesuit Law of 1872, people still harbored conspiracy theories. Along with Jews and freemasons, the Jesuits often played a central role in crude theories of world surpremacy that flourished in the German Kaiserreich.

Four days after the bloodbath, the people of Bremen said goodbye to the victims of the massacre in a moving memorial service. Four small coffins had been laid at the front of the Marienkirche church and every single row of seats was filled. The coffins were covered in wreaths and surrounded by a sea of candles. After the requiem, the teachers of the Marienschule school carried the coffins to hearses parked out front. A long parade took shape carrying the girls to their graves under heavy rain clouds.

The terrible events that took place 100 years ago are no longer a part of modern memory in Bremen. The original Marienschule was destroyed during a World War II bombing run and rebuilt at another location. The graves of the five girls, where they were buried side by side, have long since been decommissioned. Killer Schmidt was declared to be insane and no trial was ever conducted. He spent the rest of his life in a Bremen mental asylum and died of tuberculosis 20 years later.

At the time of his arrest, Schmidt called out, "This may be the beginning, but the end is yet to come." He was right, too. His bloody legacy in Bremen was only the first of what would become a worldwide series of school shootings over the past century -- and Bremen has been supplanted by Erfurt, Winnenden, Littleton and, most recently, Newtown.