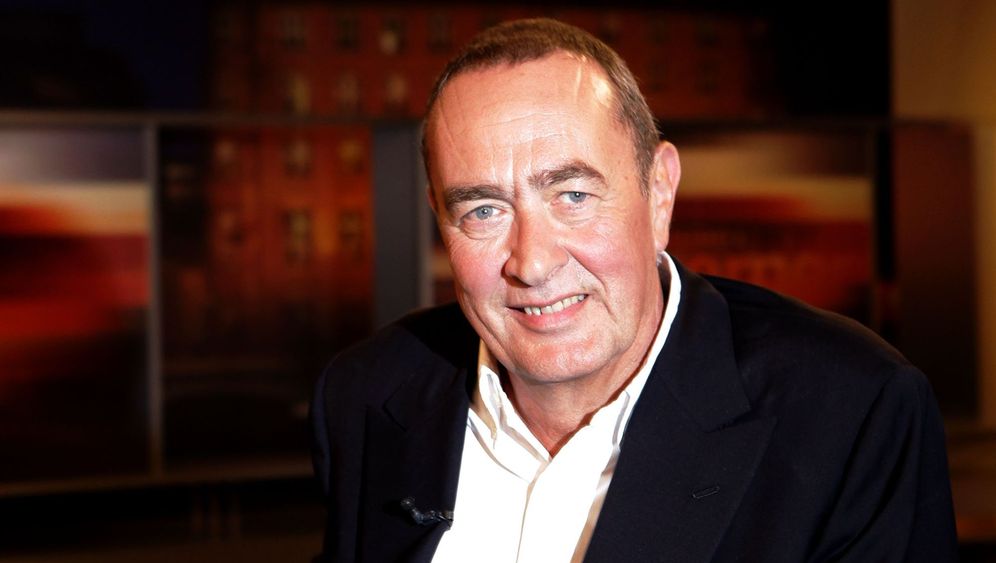 In the German film industry, there were few who didn't have a cut-and-dried position when it came to producer Bernd Eichinger. Either you loved him, or you feared him. It was that simple. When he walked onto the set of a film, the atmosphere buzzed with his creativity -- and his strong will.

German director Doris Dörrie had the opportunity to work with Eichinger and, when he received a lifetime achievement award from the German Film Academy last year, wrote an astute declaration of devotion. Eichinger, she wrote, was "the godfather, the commerce king, the tyrannical tycoon." But he is also, she wrote, one who demands the best from those he works with and ultimately pushes them to greater heights.

Those, in other words, who were not bowled over by Germany's only true film mogul were allowed to grow. And Eichinger himself, during his 40 years in the at-times bleak German cinema scene, sought to create a Hollywood-esque film industry to accommodate that growth. If there are film stars in Germany, Bernd Eichinger is responsible for those who shine brightest: Nina Hoss, Corinna Harfouch, Til Schweiger, Moritz Bleibtreu -- all of them benefited greatly from their collaboration with Eichinger.

Eichinger, a dreamer with business acumen, considered art free from commercial potential as wasted effort. His focus on financial success made him a vital player in German film -- and he was a merciless accountant, particularly when it came to himself. In 1999, he made one of his rare appearances in the director's chair -- and the film turned into a box-office flop. Eichinger decided as a result that he would never direct a movie again.

A director, though, is what he had studied to become. He studied film direction from 1970 to 1973 at the University of Television and Film in Munich. But parallel to his first efforts, he also concentrated on finding funding to make his classmates' projects a reality -- classmates like Wim Wenders, Edgar Reitz and Alexander Kluge.

Even though the work of this new generation of German filmmakers won critical acclaim in Germany and abroad, they tended to attract only small audiences, and that nagged at Eichinger. He used the money he earned from producing films like Wenders' "The Wrong Move" (1974), Reitz's "Zero Hour" (1976), or Wolfgang Petersen's "The Consequence" (1977), to buy a 25 percent stake in the ailing distribution company Constantin in 1979. He changed its name to Neue Constantin and completely revamped it as shareholder-manager.

That gave him the business foundation to develop a genre of German cinema blockbusters that was inspired by the commercial success of American films but avoided simply copying Hollywood. He adapted mainstream movie-making to German and European requirements. While Hollywood focused on action or humor, Eichinger would concentrate on bringing literary bestsellers to the big screen, or producing movies that addressed contemporary social problems, but still had mass appeal.

Take 1981, for example. America had "Raiders of the Lost Ark," while Germany had Eichinger's "Christiane F. - Wir Kinder vom Bahnhof Zoo" -- based on a best-selling autobiography of a 13-year-old girl who became a heroin addict and prostitute in West Berlin's drug scene.

The Benchmark for Future Projects

It cost six million deutsche marks (€3.07 million, $4.2 million) to produce Christiane F., and the film made 36 million marks at the box office, making it the most successful movie in post-war German cinema history to that point. The success became the benchmark for Eichinger's future projects.

Driven by an almost manic energy, he pursued his strategy of turning bestsellers into cinema hits, and ran up budgets that at times approached Hollywood dimensions. In 1984, "The Neverending Story," based on Michael Ende's ode to fantasy, was made for a staggering 60 million marks. Two years later, Eichinger brought Umberto Eco's "The Name of the Rose" to the screen in a major European project.

It was a coup he would repeat with the major European production of "Perfume," a movie based on the book of the same name by German author Patrick Süskind that most considered to be unfilmable. Together with director Tom Tykwer, Eichinger developed a screenplay based on the bestselling book and created a film that was a rush of images. And ultimately, it was a film that showed Eichinger to be more than just a profit-minded businessman. It is said that he spent 15 years chasing after Süskind in Munich -- in the end he is believed to have spent €10 million just to get the author to sign off on the project.

Unfortunately, not all of Eichinger's attempts to bring European wunderkinds to the silver screen were met with such outpourings of enthusiasm. His version of Michel Houellebecq's "The Elementary Particles," directed by Oskar Röhler, was transformed into a slapstick ruin, more of a gag-filled comedy than the French metaphysical shocker the novel had been during the early 2000s.

Still, Eichinger was undeterred and continued to follow his vision to create blockbuster German cinema that was both formidable and educated. He soon joined important projects as a screenwriter as well -- for example in his global hit on the twilight of the Nazis, "The Downfall" (2004). He did the same for "The Baader-Meinhof Complex," in which he attempted to convey the story of the German terrorist group, the RAF, as a hit-and-run action film.

Eichinger was always a fast-talking, fast-acting and combative man, and the degree of energy he put into his projects was unmatched. A short time ago, he also purchased the rights to the autobiography of Austria's Natascha Kampusch. The girl had been kidnapped and held hostage in a claustrophobic basement hideaway for 3,096 days, and Eichinger wanted to tell the tale on the silver screen.

On Monday, while working on the screenplay of that film, he died of a heart attack in his second home in Los Angeles. He was 61.

"I love film," he told SPIEGEL in an interview at the beginning of last year. "Without film, I would cease to exist." Now, without him, German cinema will cease to exist in its current form.