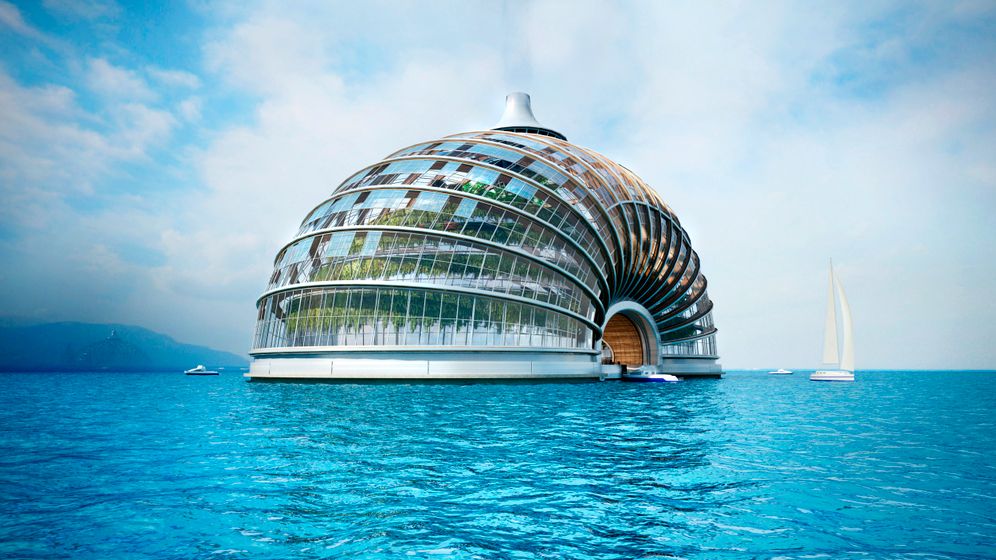 Photo Gallery: A Hotel for a Warmer World

It's called "The Ark", but looks more like a ship sitting upside down on the water. A new design by Russian architect Alexander Remizov challenges the tradition of land-based hotel living and would provide a refuge in the future -- should the world face a modern-day flood of Biblical proportions.

Remizov designed the hotel as part of a program on architecture and disaster relief through the International Union of Architects (UIA). He collaborated with a German design and engineering firm and the Moscow-based scientist Lev Britvin, who, according to Remizov, has developed energy-saving solutions for space stations. They are now searching for investors to make the design a reality.

The building of the hotel could be fast and simple, Remizov told SPIEGEL ONLINE. "Prefabricated sections could be put together in three to four months," he said. The versatile structure could be constructed in most corners of the earth, even in earthquake-prone areas. Constructing "The Ark" -- which would include 14,000 square meters (151,000 square feet) of living space -- would cost roughly the same as building an energy-efficient house.

The self-sustaining structure would be built around a central pillar, connecting wind generators and heat pumps on its roof with the basement, where solar, wind, and thermal energy could be stored and turned into electricity.

Remizov has designed the building without glass, choosing instead a durable and self-cleaning foil that could withstand harsher weather conditions. That foil would be fastened to metal profiles, which would also collect rainwater. The building would also feature an indoor jungle, creating its own microclimate.

With reporting by Antje Blinda

10 Bilder Photo Gallery: A Hotel for a Warmer World