Last week, China Central Television performed a provocative experiment. Reporters took cameras into the streets and stopped passers-by to ask them such intimate questions as: "How did you come into this world?"

For those who believe in the value of sex education, the responses were not particularly encouraging. One woman said her mother told her she was found on a pile of stones. A man said he had been told that he jumped from beneath a rock while his mother was herding goats. A university student told CCTV that she had long believed she had sprung from her mother's armpit. Unsurprisingly, the show elicited widespread demands for more sex ed in public schools.

Still, on the other end of the intimacy-instruction spectrum is the question: How much do children really need to know? It is a question that has gripped Austria in recent weeks. There, a brochure for educators on the topic of sex education has triggered heated protest from those who say that it goes way too far.

A Bit Too Challenging

The brochure aims to teach children to speak openly about sexuality and learn to identify their own limits. "First and foremost, good material for sexual education should not merely cement the status quo. It should surprise, inspire and challenge," write the booklet's creators, from the group Selbstlaut, which seeks to combat sexual abuse and violence. The Austrian government hired the group to develop the publication.

In conservative Austria, however, there are many who find the brochure a bit too challenging. The conservative Austrian Freedom Party and the right-wing populist Freedom Party of Austria called it "disturbing" and "a discredit to the so-called core family" during a debate in Austria's parliament, saying they had received several calls from concerned parents. Catholic groups have also called for the publication to be withdrawn. Critics have said it equates "traditional" heterosexual relationships with same-sex partnerships and is an attack on family values.

Perhaps more legally relevant, though, some have also pointed out that the brochure presents the use of sperm banks and surrogacy as possible solutions for child-bearing, although both are illegal in Austria.

Still, the government in Vienna and the pamphlet's producers have shown themselves to be largely unmoved by the brouhaha. "Conservatives and the right wing have always viewed sexual education with suspicion," said Green party member Harald Walser, adding that it is an important step in fighting the sexual abuse of children. "Children find it easier to talk about their own experiences if they are used to confronting adults with embarrassing questions or difficult feelings," he said.

Other groups have also come forward this week to defend the brochure, saying that it merely reflects the realities of today's society. "The whole thing is very user-friendly and practicable," says Olaf Kapella of the Austrian Institute for Family Research at the University of Vienna. He added that teachers in the country are often not trained to give sexual education in schools, making a brochure like "Ganz schön intim" particularly useful and necessary.

For the moment, it seems unlikely that conservatives will succeed in getting the booklet withdrawn. But it may be slightly revised. Kapella noted that a couple of improvements could be made, particularly when it comes to describing where children come from. The list, he notes, begins with adoption, "and is in alphabetical order." He suggests that it might be better to weight the list toward biology. 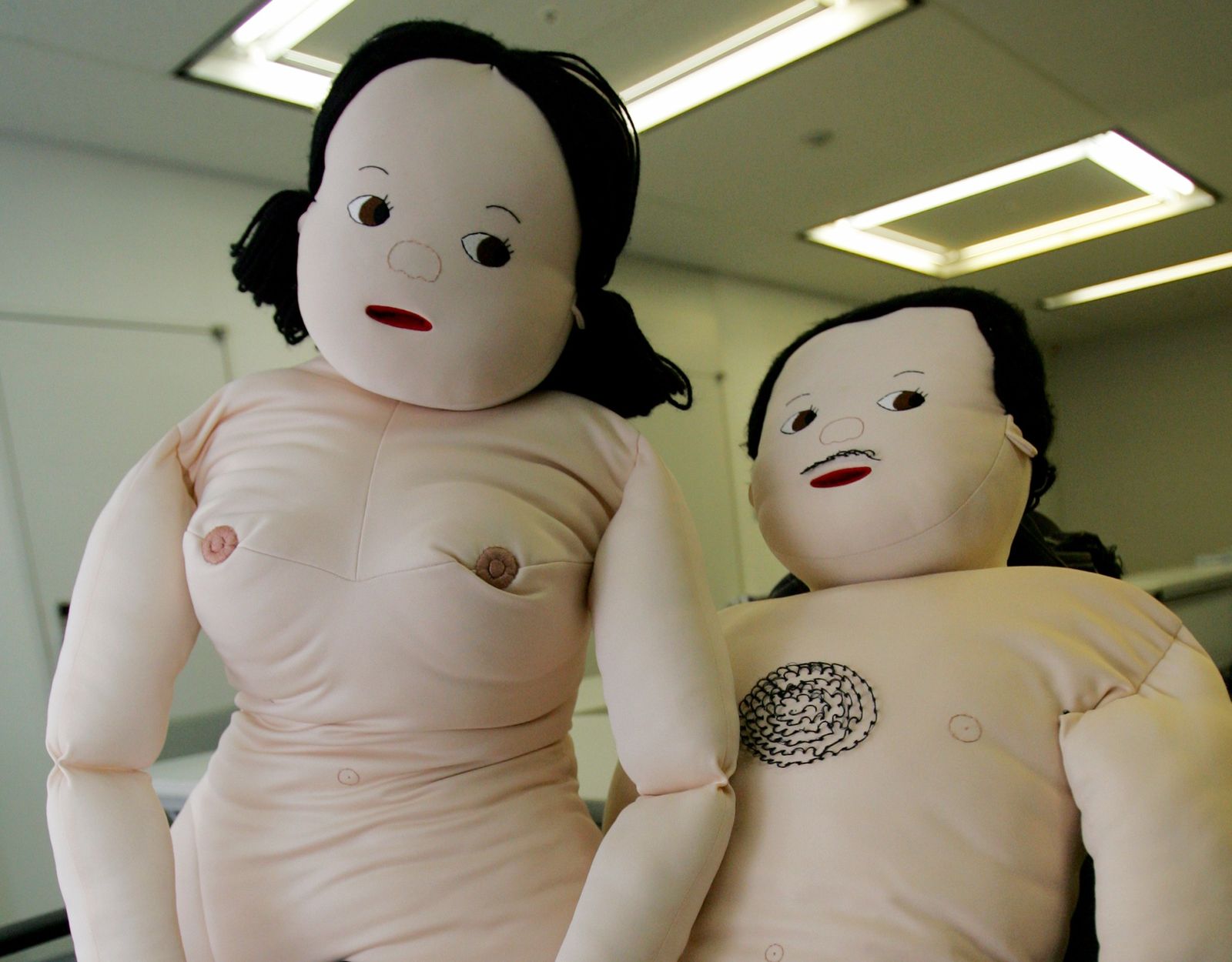 How far is too far when it comes to sex ed? These dolls are used to instruct children in Japan.