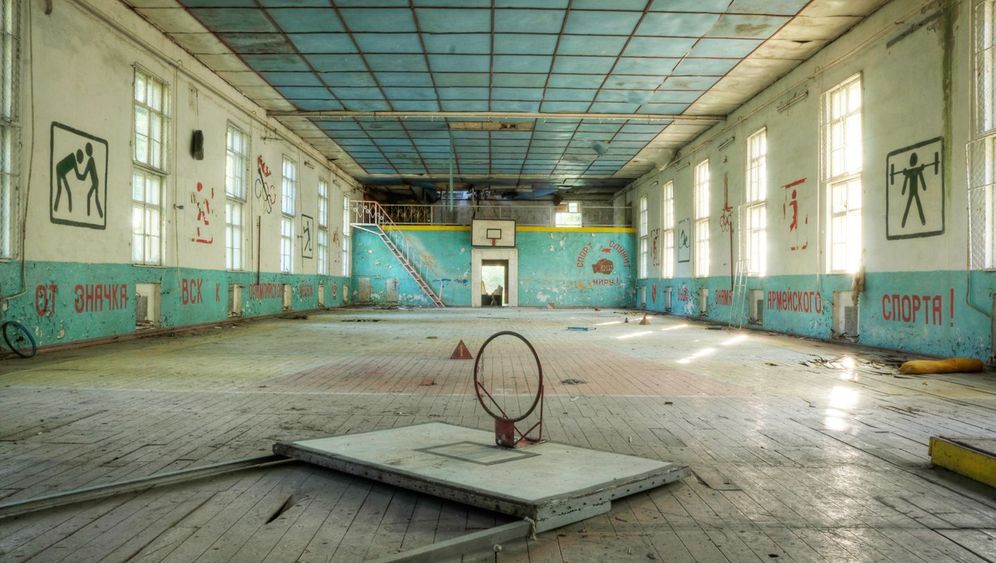 Photo Gallery: Ghost Town in the Forest Near Berlin

Vogelsang is not exactly a boomtown. Located just northwest of Berlin, it has a mere 100 residents and a tiny train station. It is extremely quiet.

But in the forest nearby, there is a different Vogelsang. In its day, it was completely autonomous from the nearby village, had its own residential buildings, cinemas, warehouses and even a school. Some 15,000 people once lived there, and it was seldom quiet. The second Vogelsang was the home of Soviet troops, the warehouses were crammed full of tanks, howitzers and all-terrain vehicles. The cinemas were for the soldiers' families.

Vogelsang, one of the largest Soviet garrisons outside of the Soviet Union, was the base of the 25th tank division. For almost 40 year, soldiers belonging to the Group of Soviet Forces in Germany lived here -- until they finally withdrew in 1994.

Sine then, Vogelsang has been left to the elements, a ghost town in the middle of the Brandenburg forest. And yet, two decades after the last light was switched off, there is still plenty of life at the site. Deer and raccoon roam among the trees as do feral sheep and goats.

The barracks too still hint at the life they once contained. While most look the same from the outside, plenty of differences can be seen on the inside. The type of heating within, for example, indicates whether they housed officers or mere foot soldiers. The former tended to have decorative, tiled wood stoves instead of simple potbelly stoves. Window latticework in the form of a shining sun likewise provided a bit of ornamentation.

The residential buildings, similar to the gigantic halls housing military equipment and vehicles, were painted in standard shades of gray, blue, green, yellow and sometimes even pink. The resulting mixture is a photographer's dream.

A walk through the facility also reveals several buildings and rooms that were built solely for the family members of the soldiers stationed there, highlighting its function as a kind of autonomous city. It even had a kindergarten and its own school.

One part of the facility was sealed off from the rest, surrounded by high walls and barbed wire. It housed the prison, full of tiny cells, some of them with no windows. The only furnishing was a wooden bench that stretched from wall to wall, leaving little open space in the cell. It is difficult to believe that people were locked into the rooms, but messages scratched into the walls continue to bear testament to their former prisoners.

Vogelsang is slowly succumbing to nature and soon it will have disappeared entirely. For now, though, it remains as a cluster of forgotten buildings near a small, quiet town in the forests north of Berlin.

28 Bilder Photo Gallery: Ghost Town in the Forest Near Berlin