It's no secret that Germany has a wild boar problem. Stories of marauding pigs hit the headlines with startling regularity: Ten days ago, a wild boar attacked a wheelchair-bound man in a park in Berlin; in early July, a pack of almost two dozen of the animals repeatedly marched into the eastern German town of Eisenach, frightening residents and keeping police busy; and on Friday morning, a German highway was closed for hours after 10 wild boar broke through a fence and waltzed onto the road.

Even worse, though, almost a quarter century after the Chernobyl nuclear meltdown in Ukraine, a good chunk of Germany's wild boar population remains slightly radioactive -- and the phenomenon has been costing the German government an increasing amount of money in recent years.

According to the Environment Ministry in Berlin, almost €425,000 ($555,000) was paid out to hunters in 2009 in compensation for wild boar meat that was too contaminated by radiation to be sold for consumption. That total is more than four times higher than compensation payments made in 2007.

The reason for the climbing payments, of course, has more to do with Germany's skyrocketing wild boar population than with an increase in radioactive contamination. "In the last couple of years, wild boar have rapidly multiplied," a spokesman from the Environment Ministry confirmed to SPIEGEL ONLINE. "Not only is there more corn being farmed, but warmer winters have also contributed to a boar boom."

Numbers from the German Hunting Federation confirm the population increase. In the 2008/2009 season, a record number of boar were shot, almost 650,000 against just 287,000 a year previously.

Many of the boar that are killed land on the plates of diners across Germany, but it is forbidden to sell meat containing high levels of radioactive caesium-137 -- any animals showing contamination levels higher than 600 becquerel per kilogram must be disposed of. But in some areas of Germany, particularly in the south, wild boar routinely show much higher levels of contamination. According to the Environment Ministry, the average contamination for boar shot in Bayerischer Wald, a forested region on the Bavarian border with the Czech Republic, was 7,000 becquerel per kilogram. Other regions in southern Germany aren't much better.

Germany's Atomic Energy Law, which regulates the use of nuclear energy in the country, mandates that the government in Berlin pay compensation to hunters who harvest contaminated animals.

Wild boar are particularly susceptible to radioactive contamination due to their predilection for chomping on mushrooms and truffles, which are particularly efficient at absorbing radioactivity. Indeed, whereas radioactivity in some vegetation is expected to continue declining, the contamination of some types of mushrooms and truffles will likely remain the same, and may even rise slightly -- even a quarter century after the Chernobyl accident.

"In the regions where it is particularly problematic, all boar that are shot are checked for radiation," reports Andreas Leppmann, from the German Hunting Federation. There are 70 measuring stations in Bavaria alone.

In addition, for the last year and a half, Bavarian hunters have been testing ways to reduce the amount of caesium-137 absorbed by wild boar. A chemical mixture known as Giese salt, when ingested, has been shown to accelerate the excretion of the radioactive substance. Giese salt, also known as AFCF, is a caesium binder and has been used successfully to reduce radiation in farm animals after Chernobyl. According to Joachim Reddemann, an expert on radioactivity in wild boar with the Bavarian Hunting Federation, a pilot program in Bavaria that started a year and a half ago has managed to significantly reduce the number of contaminated animals.

Government compensation payments to hunters remain a small part of the €238 million recompense the German government has shelled out for damages relating to Chernobyl since reactor IV exploded on April 26, 1986. Furthermore, there is some relief in sight. Even as wild boar continue to show a fondness for making the headlines, the recent hard winter has had its effect on population numbers. So far this year, Berlin has only had to pay out €130,000 for radioactive boar.

But radioactivity in wild boar isn't likely to disappear soon. "The problem has been at a high level for a long time," says Reddemann. "It will likely remain that way for at least the next 50 years." 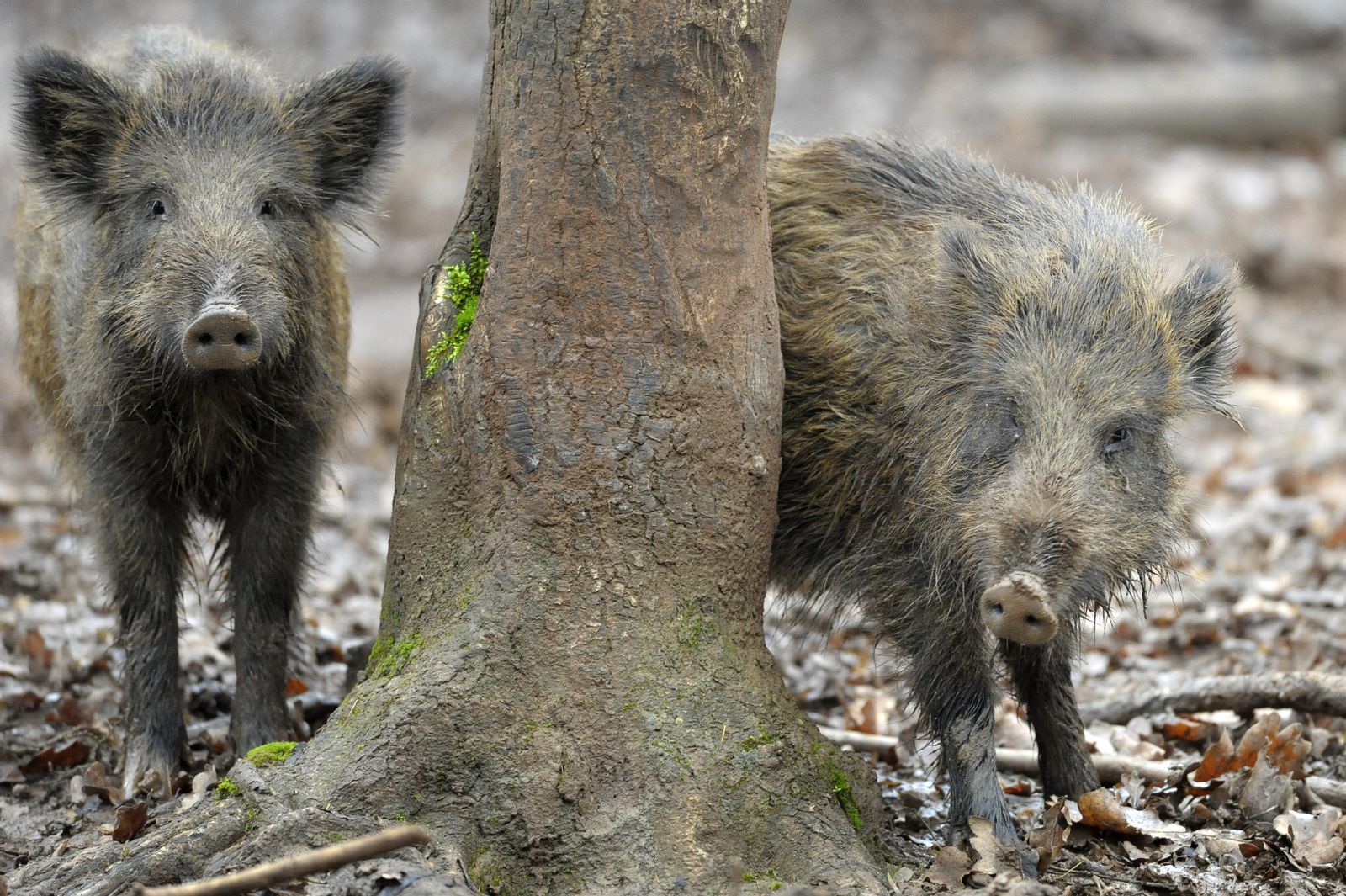 Anyone have a Geiger counter?