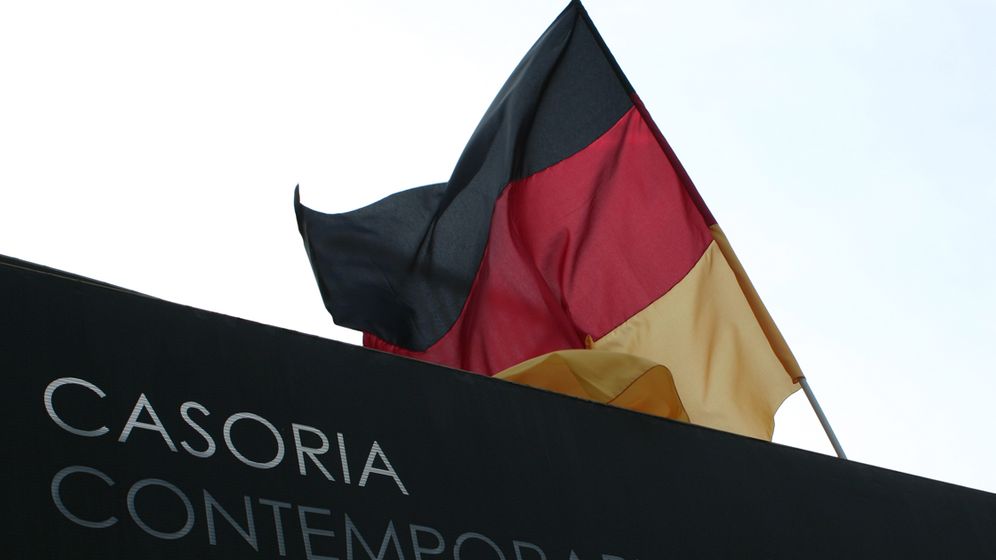 Like many in and near Naples, Antonio Manfredi, the director of the Contemporary Art Museum of Casoria (CAM), lives in fear. Threatening phone calls, vandals and not-so-subtle warnings -- the local mafia organization, the Camorra, has left little doubt that he is on their radar. What truly frightens him, though, is just how horribly Italy treats its artistic and cultural treasures.

And now, he has decided to call wider attention to his plight. At the beginning of this month, he mailed an official letter to Angela Merkel's Chancellery in Berlin requesting asylum for his entire museum. The letter was sent in both Italian and German, and copies were forwarded to the German Embassy in Rome, as well.

"If the Italian government isn't capable of taking care of its cultural treasures, then let another country do it," Manfredi told SPIEGEL ONLINE. "This is a warning scream from Italian art to the world."

The stunt seems to have had an effect. Since the letter went out on Feb. 1, a number of Italian newspapers have published stories about his letter and foreign news media have likewise begun to take an interest. Locals, Manfredi says, have been stopping by the museum to express solidarity.

Ominously, however, Manfredi has yet to hear anything from local politicians. "The mayor," he says, "is very, very mad at me."

That, though, was perhaps to be expected. Manfredi, now 50, founded his museum in 2005 with much of its funding coming from the municipality. Within three months, however, public backing dried up and those officials who approved the grant had been replaced.

Having grown up in Casoria himself, Manfredi immediately suspected that the mafia was behind the funding cut. Indeed, in October of that same year, the Casoria city council was dissolved for the second time in six years on suspicion that it had been infiltrated by the Camorra.

Manfredi, however, resolved to go on. "I wanted to continue," he said. "But I realized that no town, no region and no state would help me."

Since then, with the help of local donors and volunteers, the museum has collected roughly 1,000 pieces of contemporary art from around the world, including photographs, sculptures, video installations and paintings. It is also used as a space for performance pieces. "People usually tell me that the space seems very Berlin," he says.

There is, however, a decisive difference. The exhibitions at the museum deal with all manner of relevant cultural issues -- from paedophilia to urban decay. In addition, though, the presence of the mafia in daily life is far from taboo. After six immigrants from West Africa were shot down in Naples -- allegedly by the Camorra -- in September 2008, for example, the museum hosted "AfriCAM," an exhibition on immigration. There has also been "CAMorra," a 2008 show on the local mafia.

Shortly afterwards, the vandalism and telephone threats started. Gates and doors at the museum showed signs of break-in attempts and security cameras were stolen. And then there was the black doll someone laid outside the museum's front gate following the AfriCAM exhibit.

"The mafia doesn't need to say outright 'We are going to kill you!'" Manfredi explains. "They are very subtle. You might receive a message saying you should give some thought to hiring a private security company. If you live here, you know that's a strong threat."

Manfredi turned immediately to the police when the threats started, but he says they did nothing. And the warnings haven't stopped.

In his letter to Merkel, Manfredi wrote: "I am sending you a request that I know probably sounds absurd, but that just goes to show the immense difficulties one faces in trying to make culture in my country." Manfredi explains his museum's situation and asks Merkel to adopt the collection. "In the name of culture and art, I hereby ask you to grant our request. I am prepared to move the entire collection to a space in Germany and to run (the museum) there together with my staff."

Manfredi said he chose Germany as the recipient of his cry for help since it has avoided the drastic cuts in cultural funding seen recently in several other countries around Europe.

Still, his request is not likely to be granted. On Monday, a Chancellery spokeswoman told SPIEGEL ONLINE that they would not be commenting on Manfredi's letter as they viewed it more as a public protest than as a genuine asylum request meriting further consideration.

'The Whole Point Is to Not Be Afraid'

Manfredi himself allows that the move was in part meant for a domestic audience. And he is no stranger to high-profile appeals. After the collapse of a house in the ancient city of Pompeii late last year -- which he blames on official corruption and indifference -- he sent a letter to several government officials and authorities asking for more support for Italy's cultural sites.

He got a response from Italian President Giorgio Napolitano who told him "to have courage." That, though, says Manfredi, is not enough.

"Another purpose of my letter (to Merkel) is to open the eyes of Italians," he says, "to ask them how they can let Italy -- home to 70-80 percent of the world's cultural sites -- allow its art to be destroyed."

Whatever the outcome of his appeal to Berlin might be, Manfredi vows to continue offering his museum as a showroom for the works of young, local artists whose works deal with their mafia-saturated world.

"Not all of them are afraid," Manfredi says in praise of those artists who continue their work in the face of the threats. "The whole point is to not be afraid. Otherwise you should just go and shut yourself into your house for the rest of your life. The majority of people here want change -- and these artists are their voice."