It is a nightmare scenario for any supermarket. Last Friday morning, as an employee was unloading bananas from a crate in a large grocery store in south-western Germany, a large, greyish, hairy spider about 13 centimeters long jumped out and scuttled under a shelf.

The member of staff checked the Internet for images of spiders resembling the one he had just seen, and was shocked when he found a match: a Brazilian Wandering Spider (Phoneutria nigriventer), billed as one of the world's most venomous and aggressive spiders.

The store in the town of Bexbach was immediately evacuated and the police were called in. A spider expert from a nearby zoo helped a team of 30 people who gingerly searched the shelves, at times switching off the lights to lure the nocturnal beast out of its hiding place.

Disturbingly, they found nothing. On Saturday night, pest controllers decided to solve the problem by spraying the entire 5,000-square meter store with poison. All the perishable food was discarded but the store plans to keep tinned goods, arguing that the pesticide dissipated quickly and wasn't dangerous to humans.

It was due to reopen later on Monday. "Experts believe the spider should be dead," a police spokesman said. They haven't found the body, though. And it can't be ruled out that it left the supermarket and is now roaming Bexbach.

Anyone encountering it should be very careful. Amy Stewart, the author of "Wicked Bugs: The Louse That Conquered Napoleon's Army & Other Diabolical Insects," cites the Brazilian Wandering Spider as one of her top five worst bugs. A bite doesn't just cause severe pain, but also leads to breathing problems, paralysis and even death.

That isn't all. Stewart writes that the creature is fearless and so aggressive that it will stand on its hind legs, prepared to take on any challenger, however big. 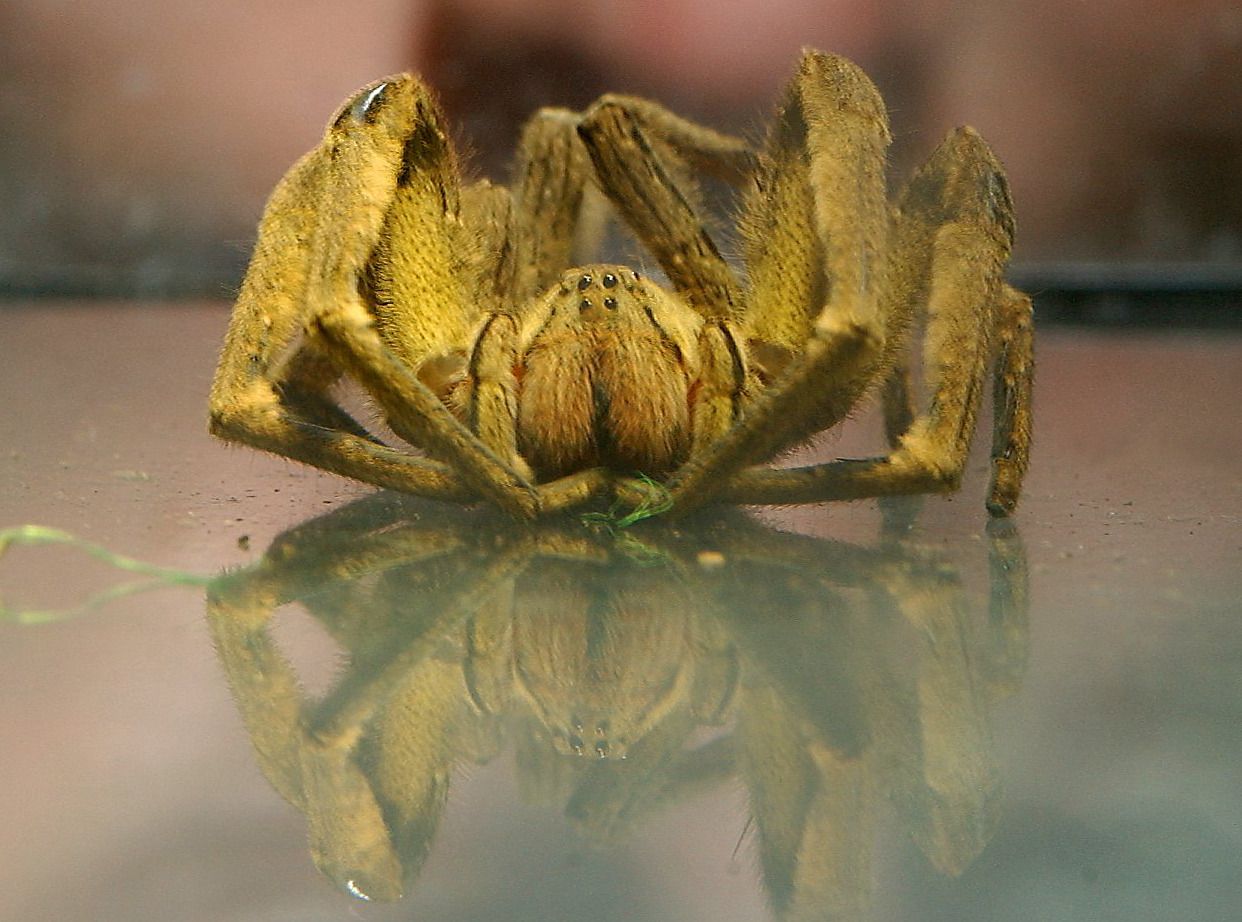 A Brazilian Wandering Spider on display in the Zoological Institute of Munich University.