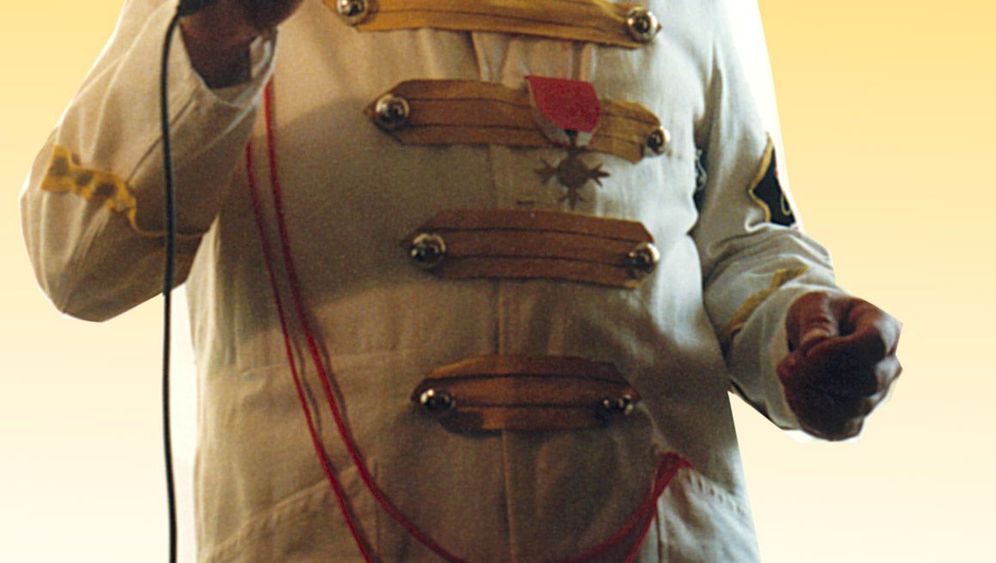 It took The Beatles a little more than seven years to record and release their 13 studio albums. It has taken Klaus Beyer 13 years to do the same thing -- in German.

The 59-year-old Berlin-based singer has made it his life's work to re-record the Beatles' entire oeuvre in his native language. Now, with the release of his version of 1968's "The White Album" -- rendered "Das Weisse Album" in Beyer's tribute -- his project is complete.

He admits to mixed feelings at having reached his goal. "On the one hand, I feel satisfied that it's finished," he told SPIEGEL ONLINE. "But on the other hand, I feel like there's something missing now."

It's an impressive body of work that Beyer, a candlemaker by trade, has assembled, even if his idiosyncratic singing style is not to everyone's taste. He translated each of the over 200 songs himself and recorded the albums in his home studio in his tiny flat in Berlin's Kreuzberg neighborhood. They are self-released on his Amsel ("Blackbird") record label and available to buy via his website.

He also created the artwork himself, replacing the Beatles' faces with his own visage on some of the covers. For 2009's "Kloster Strasse" -- a reference to a Berlin street that loosely translates as "Abbey Road" -- Beyer is walking across the street in question in a shot reminiscent of the original Beatles' album cover.

Beyer, who tackles the translation task with little more than his school English and a dictionary, admits that the songs were not always easy to render in German. The easiest ones took about half an hour to translate, he says, but some required a whole day or even a week. Beyer says that the psychedelic 1967 song "I Am the Walrus," which features lines such as "Semolina pilchard, climbing up the Eiffel Tower," posed a particular challenge. "With that one I had to give free reign to my imagination," he says.

And sometimes the constraints of the German language require a bit of creative license with the original lyrics. The 1967 song "When I'm Sixty-Four," for example, becomes "Wenn ich siebzig bin" ("When I'm Seventy") in Beyer's version -- the German word for 64 simply has too many syllables.

Translating for His Mother

Beyer became a devoted Beatles fan after seeing the Fab Four on German television in the late 1960s. He began translating the lyrics into German in 1980 for the benefit of his mother, who didn't understand English, and gave his first concerts with his versions of Beatles songs in the mid-1980s. It's been a rollercoaster career since then. As well as his numerous concerts, he's appeared in a number of films, and makes his own animated videos to accompany Beatles songs. A selection of his works on Super 8 was even shown at the prestigious German art exhibition Documenta in 1987.

Most spectacularly, Beyer was discovered by the maverick German theater and opera director Christoph Schlingensief at a performance in Berlin's Volksbühne theater in 1999. Schlingensief asked him to join his troupe. Beyer performed in a number of his opera stagings, including a trip to Brazil in 2007 where he appeared in Richard Wagner's "The Flying Dutchman" in the Amazonian city of Manaus.

Beyer has also had to deal with his own fair share of tragedy. He suffered a stroke in 2007 that affected his left arm and leg. He is no longer able to work and receives a disability pension.

But that doesn't stop him from continuing with his artistic efforts. He continues to perform regularly in Berlin and says he is "pleased" that he attracts young people in their 20s to his shows as well as older fans. Next week, he is heading to the Netherlands for a series of performances.

And what will he turn to next, now that he has completed all the Beatles' albums? "Fortunately there are also their solo albums," he says. He plans to tackle John Lennon's "Imagine" first. In German, he says, it will be called "Denkt Euch."