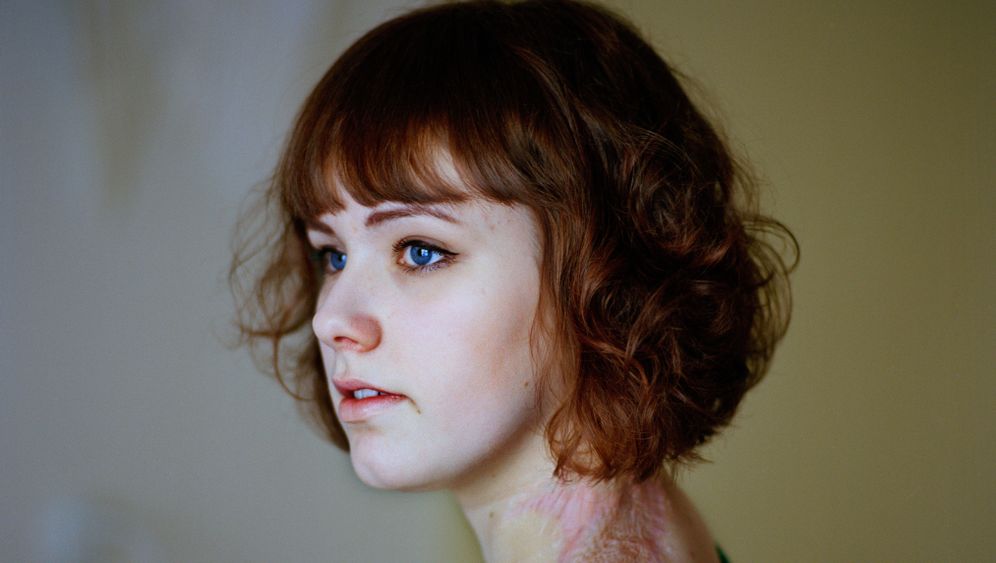 SPIEGEL ONLINE: Ms. Gjestvang, the young people who survived the massacre by right-wing extremist Anders Behring Breivik on the Norwegian island of Utøya in 2011 have suffered severe trauma. Why did you decide to put it in front of a camera?

Gjestvang: I started thinking about it right after the attack. It is important to tell this terrible story. But I could not photograph the survivors immediately. I wanted to give them time to return to a nearly normal life. I started working on the photos six months after the massacre and took about a year to complete them.

SPIEGEL ONLINE: In your pictures we see young people who bear scars, who have lost their body parts. How does one approach such a photo project?

Gjestvang: That was the big challenge. I found it difficult to meet the kids, because as an outsider, I can't understand what they have been through. So I had to concentrate entirely on the survivors.

SPIEGEL ONLINE: What do you mean, exactly?

SPIEGEL ONLINE: How did you gain their trust?

Gjestvang: I talked with them for a long time. I addressed them with respect.

SPIEGEL ONLINE: Your photos are both thoughtful and disturbing, because they show not only the vacant stares and lethargy of the survivors, but also their external wounds.

Gjestvang: I didn't photograph the biggest scars. And some of the survivors didn't want that. Most of them agreed to show their injuries. They are not proud of their scars, but they wear them with dignity.

SPIEGEL ONLINE: What image moved you the most?

Gjestvang: All the pictures from this series are important to me. But there is this photo of a red-haired girl that really consumed me. Ylva Schwenke Helen is 15 years old. She has a large scar on her neck. She looks into the future, but she carries history on her shoulders.

SPIEGEL ONLINE: Have you changed over the course of this project?

Gjestvang: Utøya itself changed me, the whole incident. People say that time heals all wounds. But since Utøya, I no longer believe that. Sometimes things are just not good anymore. Life inflicts wounds, and we have to live with them. But I have also learned not to worry so much about little things, not to take some things so seriously.

SPIEGEL ONLINE: How did the survivors react to their photos?

Gjestvang: They were happy that I had taken the pictures. Some of them recognized something different in themselves -- something they had never seen before.

SPIEGEL ONLINE: You have received multiple awards for the photo series. What will this prize mean?

Gjestvang: I am grateful. My photos have moved many people, evoked something in them. But I also wish that I never would have had to take these pictures.