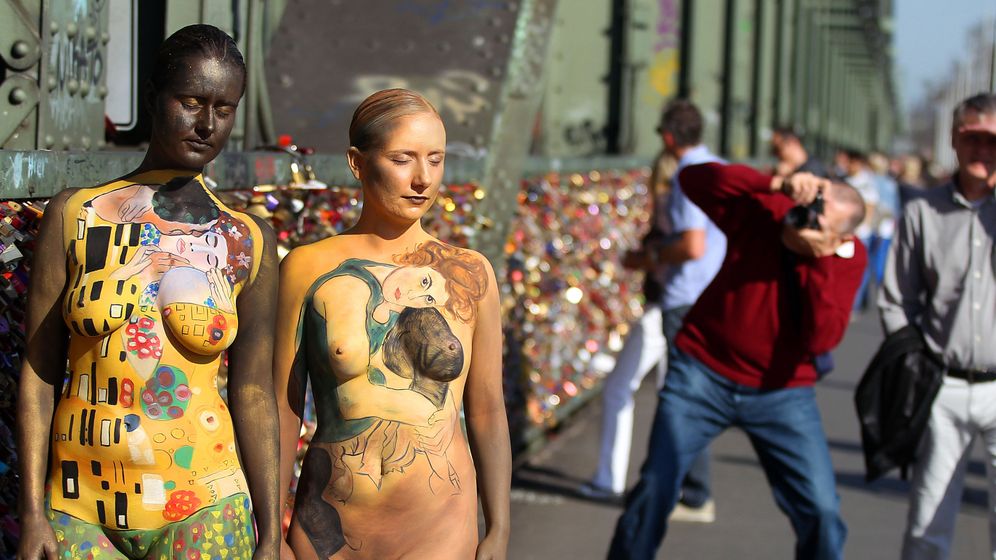 Two women walked around Cologne on Monday wearing nothing but body paint in the form of works by Austrian artists Gustav Klimt and Egon Schiele.

One model sported Klimt's famous painting "The Kiss" as part of a project called "The Itinerant Museum of Art" by artist Fernando Morales-de la Cruz, who wants to bring masterpieces out of museums and onto the streets. The other had Egon Schiele's "Seated Woman With Bent Knee."

This year marks the 150th anniversary of the birth of Klimt, whose work is famously imbued with eroticism. Cologne was the first of 150 cities in which Morales-de la Cruz plans to present great art on nude women.

In blazing sunshine on Monday, the models turned heads as they crossed the city's landmark Hohenzollern Bridge, but they didn't get much further. Police forbade them to walk around the cathedral and main shopping district.