One of the notable things about the was that one of the jury members was not there. Iranian director Jafar Panahi, who is facing six years in prison and a 20-year ban on making films after falling foul of Iran's regime, was appointed as a member of this year's jury as a gesture of solidarity, even though he was unable to attend.

But one of his compatriots, Asghar Farhadi, was able to come to Berlin to present his film "Nader and Simin: A Separation," and he will be returning to Tehran satisfied -- his film reaped the festival's top prize, the Golden Bear, on Saturday evening.

It is the first time the Berlinale's Golden Bear has gone to an Iranian film. Farhadi's movie, a family drama about a couple on the verge of divorce, also won two Silver Bear for best actress and best actor, which went to the film's collective female and male ensembles, respectively. Farhadi, 38, also won a Silver Bear in 2009 for his drama "About Elly."

"I want to remind you of Jafar Panahi," Farhadi said during his acceptance speech. "I really think his problem will be solved, and I hope he will be the one standing here next year."

Given the focus on the plight of Iranian filmmakers at this year's Berlinale, the prize is likely to be interpreted as a political signal by the festival jury. Jury president Isabella Rossellini said the choice of Farhadi's film was "pretty unanimous."

German films also did well. The Silver Bear for best director went to Ulrich Köhler for his film "Schlafkrankheit" ("Sleeping Sickness") about aid workers. The Alfred Bauer Prize, which pays tribute to a work of particular innovation, went to director Andres Veiel for his movie "Wer wenn nicht wir"("If Not Us, Who"). The historical drama tells the story of the relationship between the German author Bernward Vesper and Gudrun Ensslin, who later went on to become one of the most prominent members of the notorious left-wing terrorist group the Red Army Faction.

The Silver Bear for the Jury Grand Prix went to the Hungarian filmmaker Béla Tarr for his black and white epic "The Turin Horse." The Silver Bear for outstanding artistic achievement was awarded to Wojciech Staron for the camera work in Paula Markovitch's " El premio" ("The Prize") and to Barbara Enriquez for the production design in the same film.

Joshua Marston and Andamion Murataj won the Silver Bear for best script for "The Forgiveness Of Blood," which was also directed by Joshua Marston.

A total of 16 films were in competition for the Golden Bear at this year's Berlinale, which began on Feb. 10 and ends Sunday. 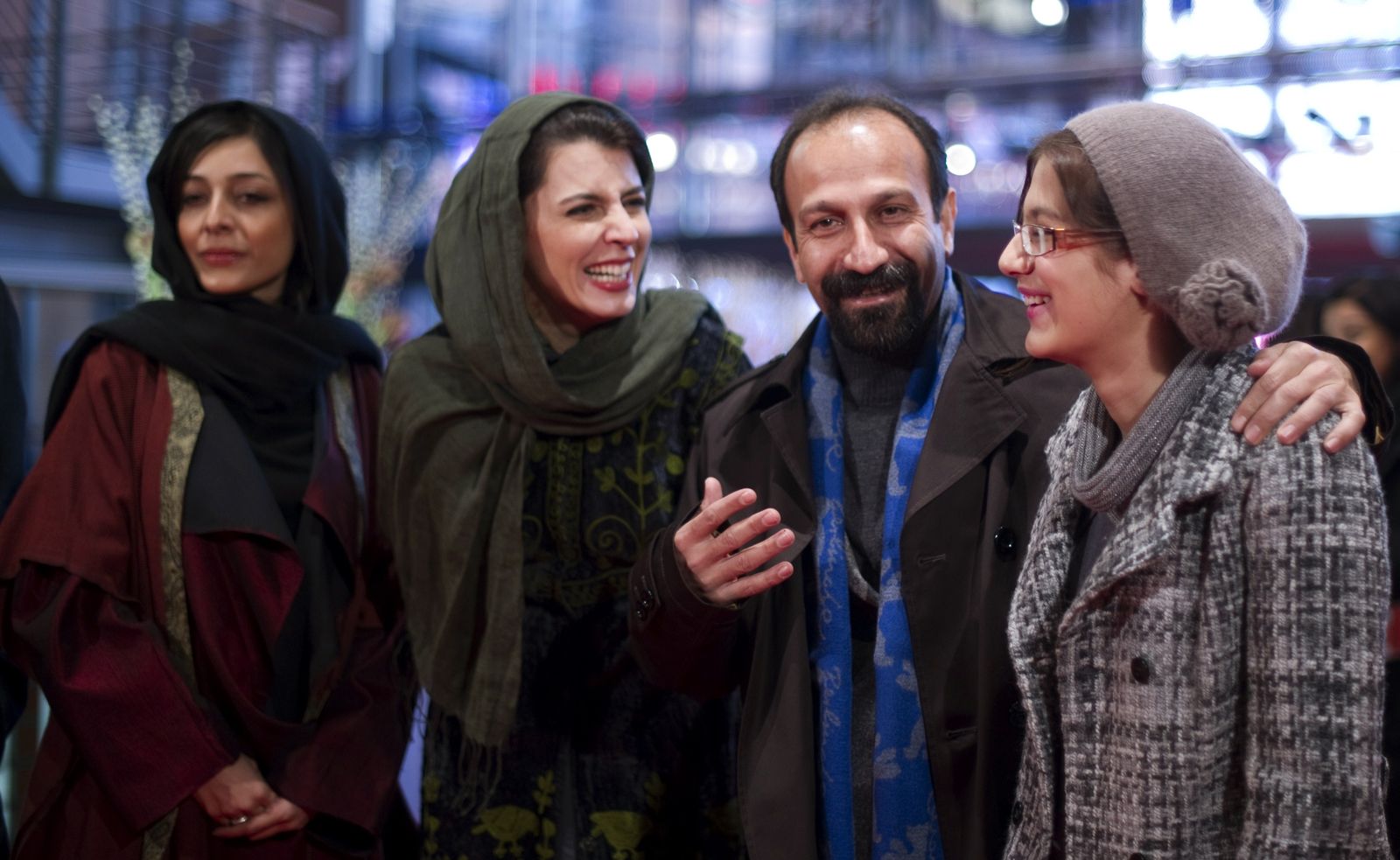 Iranian director Asghar Farhadi and members of his cast arrive at the premiere of "Nader And Simin, A Separation" on Feb. 15 at the Berlinale. From left to right: Sareh Bayat, Leila Hatami, Farhadi and Sarina Farhadi.