The aurora borealis, also known as the northern lights, normally inspires awe in those who are lucky enough to see it. But in Norway and Finland, the spectacular celestial phenomenon -- which is caused by charged particles entering the Earth's atmosphere -- is currently provoking mainly envy and resentment.

A recent attempt by the Finnish Tourist Board to use the aurora in a marketing campaign has sparked concerns among Norwegians, who like to think that the northern lights are associated first and foremost with their country, that the Finns may be looking to muscle in on their territory. 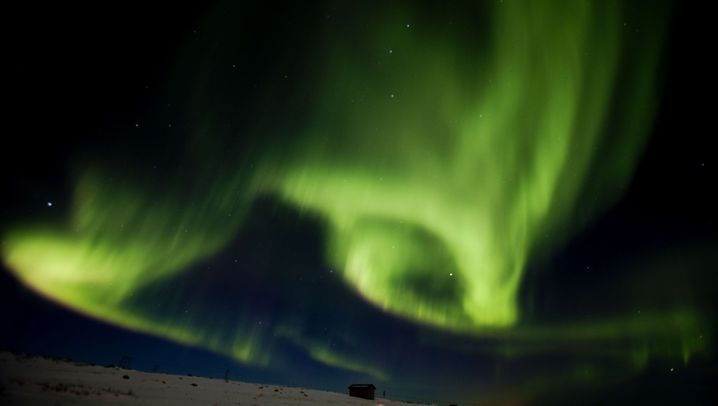 The tension was triggered by a short film that the Finnish Tourist Board posted on its channel on video-sharing platform YouTube, featuring time-lapse footage of the aurora in Finnish Lapland. The film has been viewed almost 400,000 times since September, prompting Norwegians to complain that the Finns are trying to "steal" the northern lights.

Mervi Holmen of the Finnish Tourist Board insisted, however, that Finland would make greater use of the aurora in its marketing in the future. She seemed unperturbed by the resentment in Norway. "The reaction suggests alarm and emotion," Holmen told the Finnish newspaper Helsingin Sanomat.

The Finns readily admit that the aurora is often more easily seen in Norway. In Tromsø, it can be seen on 80 to 90 percent of cloudless nights, while in Kilpisjärvi in Finnish Lapland it is only seen on three out of four nights.

The rivalry is based on the fact that the northern lights are an economic factor. During the dark winter months, the phenomenon is one of the few things that will lure tourists to the far north.

The resentment on the Norwegian side is also fueled by the fact that the Finns have already tried to claim Father Christmas for themselves, establishing a "Santa Claus Village" in the Arctic Circle city of Rovaniemi.

"Perhaps the midnight sun could also be hijacked from the Norwegians," wrote the English edition of Helsingin Sanomat in a tongue-in-cheek article. "The Norwegians could of course fight back with the ultimate weapon of mass distraction -- taking Santa Claus hostage. It could get ugly."