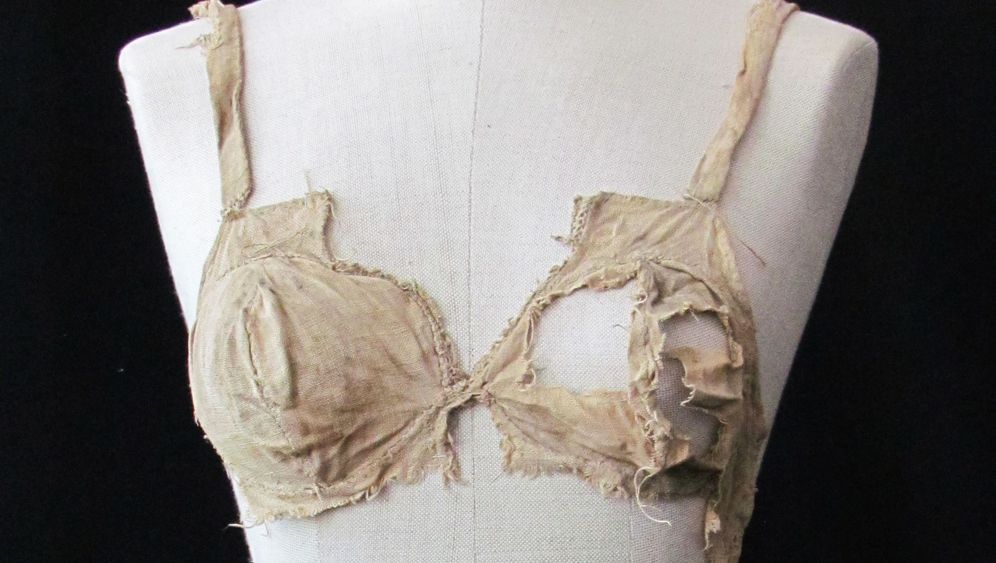 Though the first brassieres went into mass production roughly a century ago, thereby ushering in the rapid decline of the corset, no one can say for sure when bras were really invented. But archaeologists from the University of Innsbruck, Austria, have found something that could set the estimated date back by centuries.

"Up to now, there was nothing to indicate the existence of bras with clearly visible cups before the 19th century," writes Beatrix Nutz, a university archaeologist. But now the university is proudly displaying four bras with "distinctly cut cups" dating back to the 15th century.

The bras come from a trove of 2,700 individual textile fragments found during archaeological investigations of Lengberg Castle, in the country's East Tyrol region, as part of an extensive reconstruction that began on the building in 2008. Although the garments were first found that year, the discovery was only announced this month.

The bras themselves were reportedly found in a "vault filled with waste" that was perhaps put there when a documented 15th-century addition was made to the castle. Two of them, which are highly fragmented, are described as "a combination of a bra and a shirt," with no sleeves but with lace stitches below to provide extra support. The third, which is elaborately decorated, "looks a lot more like modern bras" given that it has shoulder straps and indications of a back strap. The fourth "resembles a modern bra the most," with its cups "made from two pieces of linen sewn together vertically."

Nutz notes that it is hard to find medieval written sources confirming the existence of bras with cups. Some sources merely refer to "bags for the breasts" or "shirts with bags," she writes, while others mention breast bands "to bind down oversized breasts."

"Even we didn't initially believe it ourselves," she told SPIEGEL ONLINE. "We viewed it as impossible that something like this would have already been worn in the Middle Ages."

The previous belief, she continued, was that bras with cups only started being used about 100 years ago and that women in the Middle Ages wore undergarments made of linen.

However, she says, radiocarbon dating on fiber samples confirmed that the pieces of clothing were worn some time between 1440 and 1485.

Other finds in the same vault included linen shirts with pleated collars, a pair of completely preserved linen underpants, and a codpiece for a pair of trousers.

"We won't be able to say what everything was," Nutz added. "But we'll be able to roughly reconstruct at least 20 pieces."