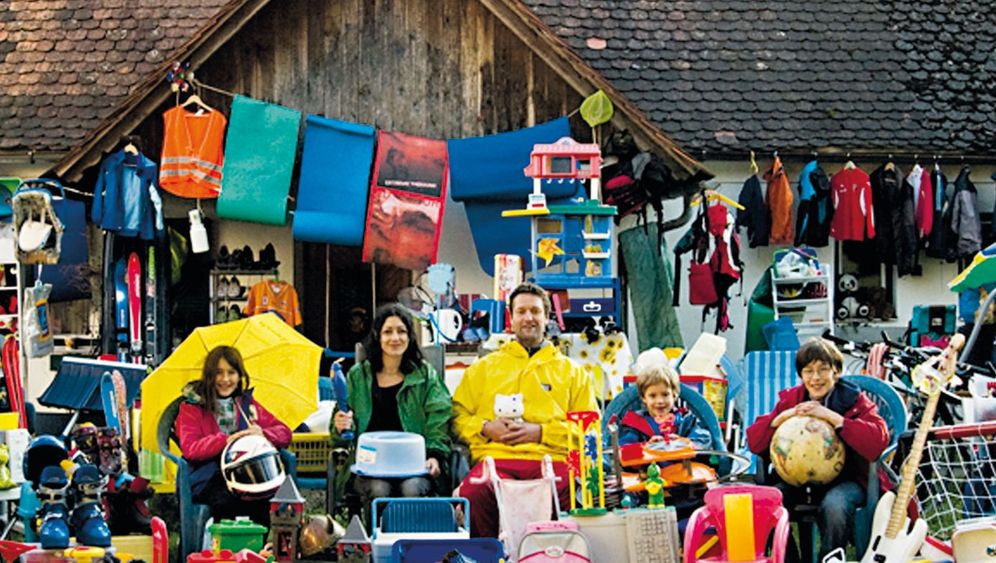 Try to imagine living without plastic for just a single day. No computer, no mobile phone, no car and certainly no pre-packaged food. Modern life, marked by the ubiquity of plastic, makes avoiding the synthetic substance a nearly impossible undertaking. But concerned by a growing number of health and environmental problems that arise from constant contact with plastic, one Austrian family decided to go without.

In a new book published in German, titled "Plastikfreie Zone," or "Plastic-Free Zone," Sandra Krautwaschl details how her family of five got rid of many of their plastic items and now rarely buys anything made of the petroleum-based material.

It began as a month-long experiment, but has since turned into a way of life, says Krautwaschl. During a 2009 vacation to Croatia, the 40-year-old physical therapist was struck by how often her three children asked where all of the trash on the beach came from. The experience led her to consider her own responsibility for the problem.

"Though we recycle in Austria, it doesn't work around the world. The fact that we still buy these things contributes to the continuation of their production," she told SPIEGEL ONLINE.

Shortly after the family vacation, Krautwaschl also saw the 2009 film "Plastic Planet," a documentary by Austrian filmmaker Werner Boote on how the glut of plastic produced around the world has become toxic to the environment.

According to the film, while it takes hundreds of years for plastic to break down, some 240 million tons continue to be produced each year, clogging up landfills, polluting the ocean and leaching carcinogens and other substances dangerous to human health. Most plastic is also made from petroleum -- a non-renewable resource -- using energy-intensive production methods that tax the environment even further.

"It was the last straw and I was really outraged," says Krautwaschl. "And I thought: 'It can't go on like this any longer.'"

One of the first things the family did was attempt to remove all plastic items from their home. The book's cover shot shows them sitting surrounded by a stunning mountain of plastic, a sight that drives home just how deeply ingrained use of the material has become in modern life. Their next step was to begin finding alternatives: wooden-handled toothbrushes, metal milk canisters, and product packaging made of glass, paper or metal.

And then there was the issue of toilet paper. Struggling to find the important necessity without plastic packaging, the children first suggested using newspaper instead. When the printing ink proved problematic, the youngest child suggested using the leaves that fell from the trees, which also wasn't ideal. In the end, they discovered that recycled paper towels used by many restaurants and public bathrooms were a good substitute. Not only are they packaged in paper, but they can be purchased in bulk to save money.

The key to making it work is pragmatism and not taking the lifestyle to extremes, Krautwaschl says, admitting that finding solutions was difficult and required ample research at first.

"Some people believe we're living like it's the Stone Age, but it's not like that," she says. "Life has just become a bit simpler, quieter and more comfortable."

The Krautwaschl-Rabensteiners, who live outside of the southern Austrian city of Graz in the 3,000-strong village of Eisbach, still use electronic equipment and other necessities like bike helmets, but they share a car with another family and attempt to buy second-hand products whenever possible.

Learning to more carefully consider the materials they use in daily life has fundamentally altered the family's approach to shopping. "It has completely changed our consumer behavior," says Krautwaschl.

The family has learned to stop and consider whether they truly need an item before purchasing it. They've also learned to be realistic about their aim to live plastic-free.

"We had to realize it wasn't possible to do it 100 percent," she says. Even glass and metal containers often include tiny bits of plastic inside the lids, for example. Still, over time, they have managed to reduce their plastic waste to "almost nothing," improving their sense of well-being along the way, particularly when it comes to nutrition.

Part of the reason for this is that food not prepackaged in plastic is necessarily fresher and often also organic. "Because of this we value our food more," Krautwaschl says. "Almost nothing goes bad anymore and we always cook fresh."

Naturally, this means that food has become a larger portion of the family budget, which she describes as "average." But this has been offset by lower costs in other areas, mainly through lower general consumption. Overall, she says they now spend less.

In the English-speaking world, a handful of families and individuals have taken on similar experiments in plastic-free living in recent years; in Europe, though, the idea is relatively new, Krautwaschl says. Still, friends and acquaintances have been "infected" by her family's plastic-free efforts, and she hopes others will be inspired too, even if only in small ways, she says.

"People who are as prosperous as we are can afford to think about these things, and often they can make a change," she says.