A badger in Germany deserves a reward for making a significant archaeological discovery: the medieval tombs of two Slavic lords buried with an array of intriguing artefacts.

The striped animal, perfectly equipped for digging with its short legs, had made its underground home on a farm in the town of Stolpe in Brandenburg, some 75 kilometers northeast of Berlin.

Two sculptors who happened to be hobby archaeologists, Lars Wilhelm and Hendrikje Ring, live on the farm and had planned to exhibit some of their work near the badger's sett.

"We spotted a pelvic bone that had been dug up, it was clearly human," Ring told SPIEGEL ONLINE. "It wasn't exactly surprising to us because a whole field of ancient graves had been found on the other side of the road in the 1960s. So we pushed a camera into the badger's sett and took photos by remote control. We found pieces of jewellery, retrieved them and contacted the authorities."

That was last autumn. There was no sign of the badger, who had probably already left, said Ring. "This doesn't make him an archaeologist but he's the one who discovered it." The finds were only made public this week.

Archaeologists proceeded to unearth a total of eight graves from the first half of the 12th century at the site, including two containing Slavic chieftains.

"We hadn't found graves like that in Brandenburg before so it's an important discovery," Thomas Kersting, an archaeologist at the Brandenburg Department for Monument Protection, told SPIEGEL ONLINE.

The skeletons in the two lords' graves had bronze bowls at their feet. "That identified them as belonging to the social elite, they had the bowls to wash their hands before dining because they knew that was the refined thing to do," said Kersting.

The objects found included an arrow head and a belt with a bronze, omega-shaped buckle with snake's heads at each end.

One of the two skeletons was particularly well preserved and had evidently been a warrior. His body showed multiple sword and lance wounds and a healed fracture suggested he had fallen off his horse at some point, said Kersting.

He was estimated to have been about 40 when he died, but it wasn't clear what killed him.

"There were healed marks from sword strikes on his skull, it's really impressive, especially as he was relatively small. He was a tough guy," said Kersting.

A double-edged sword almost a meter long was found by his side.

Grave Robbery Testifies to a Time of Upheaval

At the time of the burial, Slavic tribal dominance in the Brandenburg region was already on the wane as the Franks were pushing in from the west and the Poles from the east. The burial site is also significant because it was heathen, while much of the surrounding area had already converted to Christianity, said archaeologists.

One of the two lords is believed to have had his sword removed. Such grave robbery may be a sign of the upheaval at the time, said Kersting. "It's interesting because it could mean this happened at a time when social structures were collapsing," said Kersting.

"If someone went to this grave and opened it in full view of the local castle and took out the sword -- that's a sign that something's not working anymore. It highlights the time of upheaval when the rule of the Slavic tribes was coming to an end."

The skeleton of a woman, probably his wife, lay next to him. "She had a coin in her mouth in accordance with the ancient rite to pay the ferryman for the passage over the Styx into the realm of the dead."

The artefacts will go on display in September at the Archaeological State Museum in the town of Brandenburg an der Havel.

Last month the sculptor Lars Wilhelm, who found the pelvic bone on his farm, received an award for services to archaeology in Brandenburg. But what about the badger? "He's is one of our honorary members too," said Kersting. 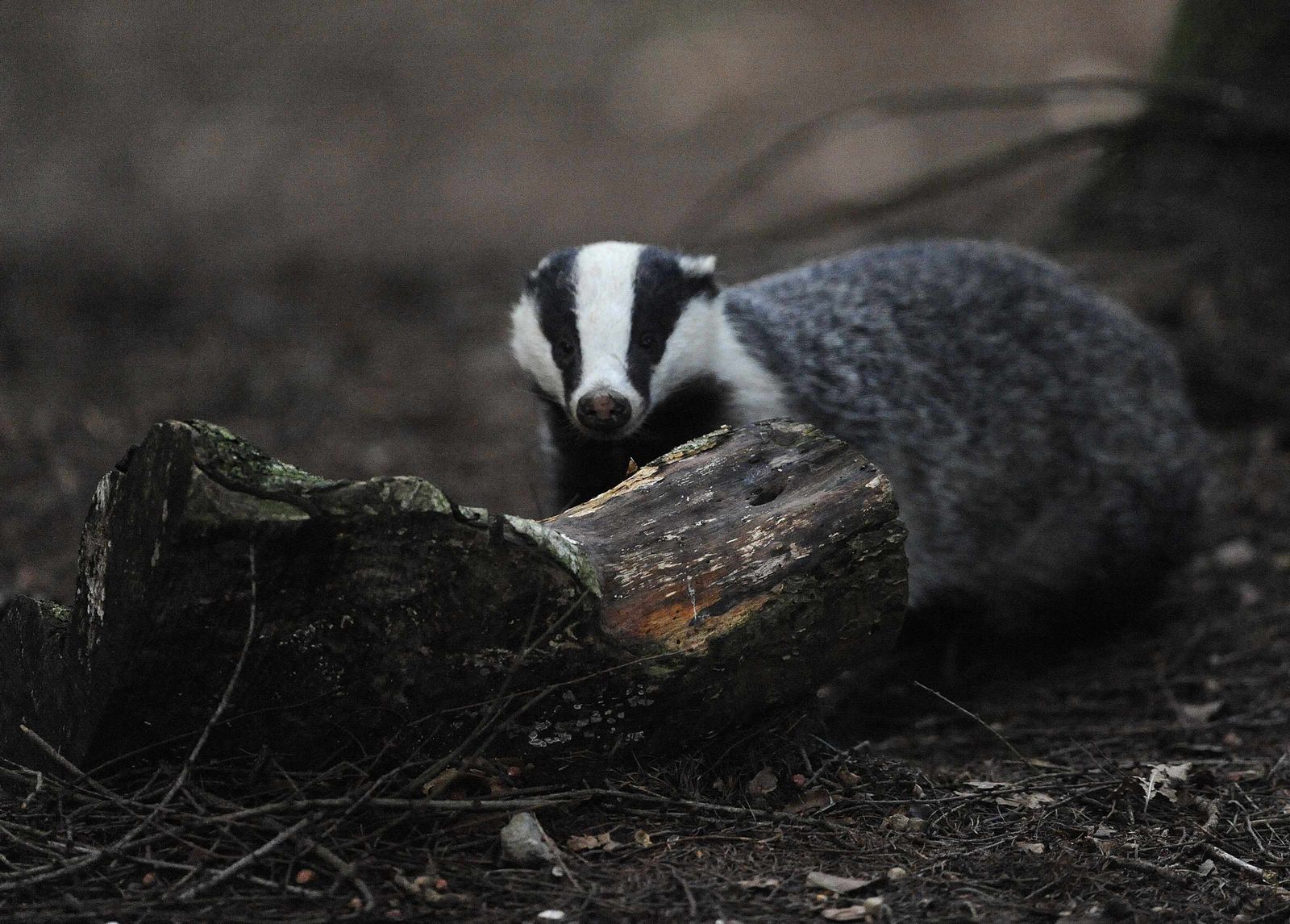 A badger resembling this one has won praise from German archaeologists.