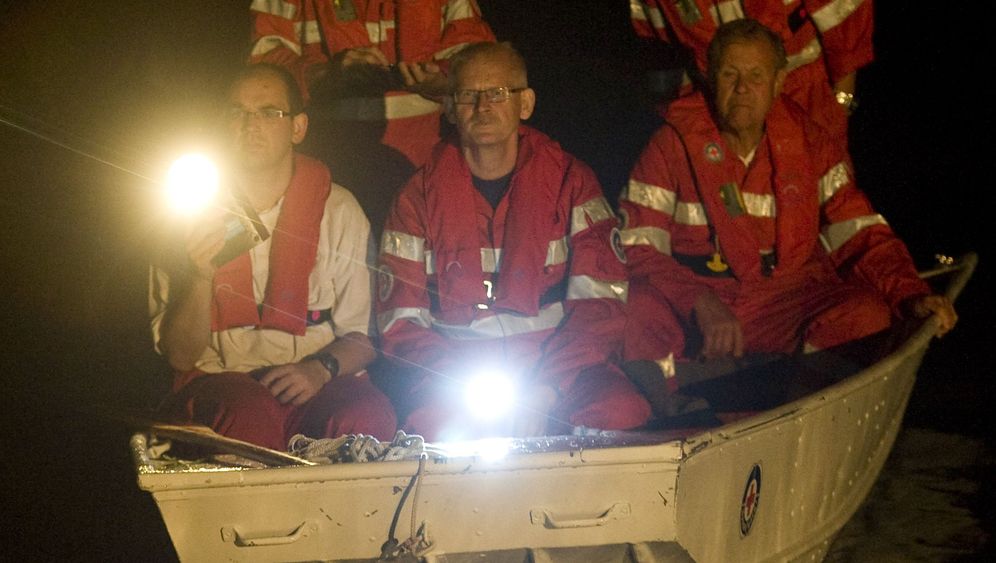 Police in southern Germany staged an impressive overnight search on Tuesday in hopes of finding a crocodile on the loose, but their efforts were in vain. A storm forced officers to call their search to a halt, and they now plan to rely on wilderness cameras to catch the wily reptile.

"Due to heavy rain and thunderstorms, the effort was ended after some 90 minutes for safety reasons," a spokesman for the Bavarian city of Schwandorf, Lothar Mulzer, told news agency DPA early on Wednesday morning.

Though some 70 police, fire fighters and aid workers took to the Klausensee lake with searchlights in six rowboats, they found no trace of the croc, which has apparently been spotted twice on the water this month. With quiet rowing and halogen lights, they had tried to catch the shy reptile in action.

"We hope to see a reflection in the eyes of the nocturnal animal," the fire department's operation leader Christian Schwendner said during the operation.

On Saturday evening, a man walking along the lake called police after spotting an animal about 1-meter (3-feet) long near the shore. After that, a 44-year-old woman reported that she too had encountered a similar creature, colliding with it while swimming on the lake on July 1, and sustaining a 7-centimeter (2.75-inch) scratch.

Swimming at the popular lake was subsequently banned while authorities looked for the animal. "The witnesses are credible. We're taking it seriously," Schwandorf Mayor Helmut Hey told DPA after taking part in the nighttime search.

Authorities now plan to install wildlife cameras to capture the elusive creature, which could turn out not to be a crocodile at all. "Beavers are native to many lakes here," said city spokesman Mulzer. "They can also reach a similar size and have claws too."

If no trace of a crocodile is found by this weekend, the swimming ban will be lifted, he added.

This is the third crocodile in the area in the last seven years, police said on Tuesday. Because exotic animal owners occasionally abandon their pets when they become too difficult to handle, authorities have appealed to reptile owners or people who know them to come forward to aid in the search.