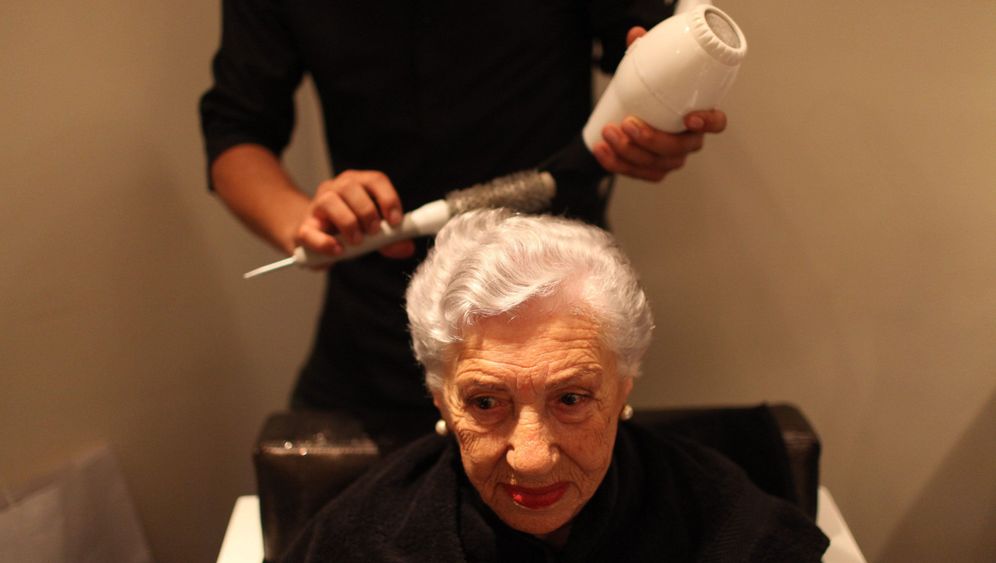 Photo Gallery: A Celebration of Life

Close to 300 women applied, but only 14 made it to the final round. Israel on Thursday played host to the first-ever "Miss Holocaust Survivor" pageant. The name itself could be fodder for scandal, but the event's organizers argued it was a celebration of life. Still, the event had been the subject of considerable controversy.

"It sounds totally macabre to me," Colette Avital, chairwoman of Israel's leading Holocaust survivor's umbrella group, said according to the Associated Press. "I'm in favor of enriching lives, but a one-time pageant masquerading (survivors) with beautiful clothes is not what is going to make their lives more meaningful."

The winners were judged for their personal experiences, the amount of success they had in rebuilding their lives after the war and for their later contributions to local communities, said pageant organizer Shimon Sabag, adding that appearance was only a small part of the competition. "The fact that so many wanted to participate proves that it's a good idea," Sabag told AP.

The competition took place in Haifa, where 600 people turned up to watch the spectacle, including senior members of the Israeli government like Mosche Kahlon and Yossi Peled, himself a Holocaust survivor.

'We Are Also Enjoying Life'

Participants ranged between 74 and 97 years of age. Music was played and the women waved happily and displayed beaming smiles as they walked the red carpet. Then they shared their experiences during World War II. "I have the privilege to show the world that Hitler wanted to exterminate us and we are alive," 74-year-old Esther Libber said. "We are also enjoying life. Thank God it's that way."

Libber had fled her home as a child when the Nazis arrived and ran into the forest, where she was rescued by a Polish woman. She lost her entire family.

Hava Hershkovitz, a 78-year-old Romanian woman, spent three years in a detention camp in the Soviet Union and today lives in the Helping Hands assisted living home, Israel's first and only residence for elderly Holocaust survivors, located in Haifa. "This place is full of survivors," Hershkovitz told AP. "It puts us at the center of attention so people will care. It's not easy at this age to hold a beauty contest, but we are all doing it to show that we're still here."

A cosmetics firm sponsored the event, and that too became the subject of controversy. Avital critically noted that the company is using Holocaust survivors to promote its products. "Why use a beauty contest to show that these people survived and that they're brave?" Lili Haber, who also heads an organization that provides assistance to Holocaust survivors, asked AP. "I think it's awful."

If the photos are anything to go by, though, it appears the candidates had a great deal of fun taking part.