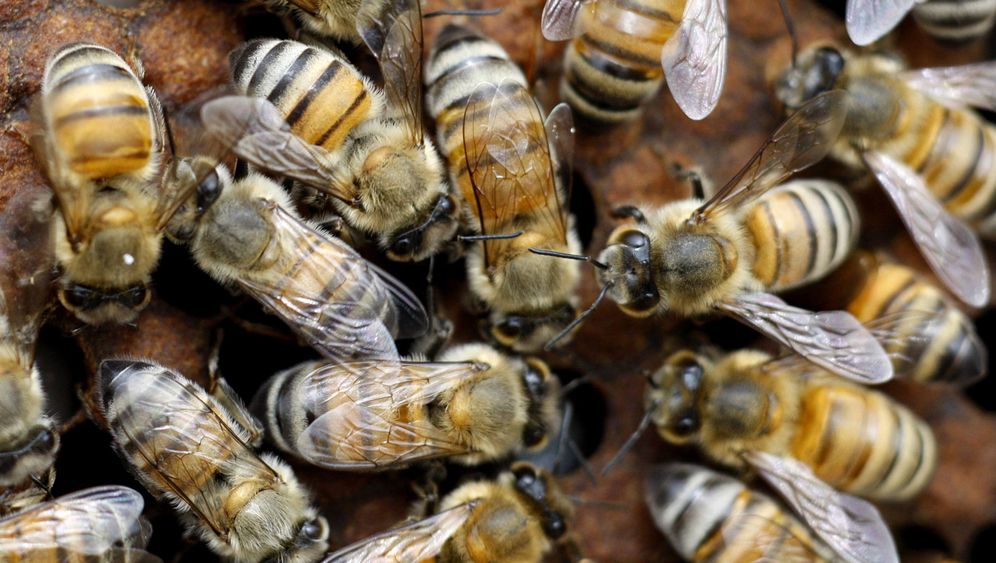 Photo Gallery: Have You Seen These Bees?

Stealing cars is mundane by comparison; picking pockets is downright quaint. In Germany, bee colony theft appears to be the new trend.

According to the Hamburg-based insurance firm Gaede & Glauerdt, who underwrite apiarists, the number of bee thefts reported nationwide rose by over 85 percent, from 2007 to 2008, to over 300 incidents.

While the numbers for 2009 have yet to be collated, the cold winter has led many to suspect that the numbers will continue to rise. Between 20 and 30 percent of bee colonies in Germany did not survive the winter. Grabbing a colony from a colleague is certainly cheaper than buying a new one.

Caught in the Act

Over the past few years, the Apicultural State Institute at Hohenheim University in Stuttgart, which specializes in agricultural studies, has had 72 bee colonies stolen from various locations. And in Bavaria, a honey producer even stole queen bees from his own beekeeping collective.

This spring the Apicultural State Institute set three camera traps -- shortly afterwards the cameras caught a 71-year-old, hobby beekeeper from Nürtingen in the state of Baden-Württemberg, in the act of bee abduction.

To counter the increasing bee thievery, some apiarists have installed GPS devices in their hives so that they can track the colonies' whereabouts online, in case of theft. Others have taken to using honeycombs in unique sizes so that their bees cannot be so easily placed into other hives.