SPIEGEL ONLINE: Do you really want to take Nefertiti away from her privileged new position in the newly re-opened New Museum in Berlin and bring her back to Cairo?

Hawass: Not by any means. Such an important issue won't be resolved just by wishful thinking or by making statements of intent.

SPIEGEL ONLINE: So have you asked that Nefertiti be returned -- or not?

Hawass: We are still addressing the question and we are looking into all details related to the current location of Nefertiti -- as the world famous, former chief consort of the great Pharaoh Akhenaten is now known. We will only reach a decision when we are absolutely clear on this issue. 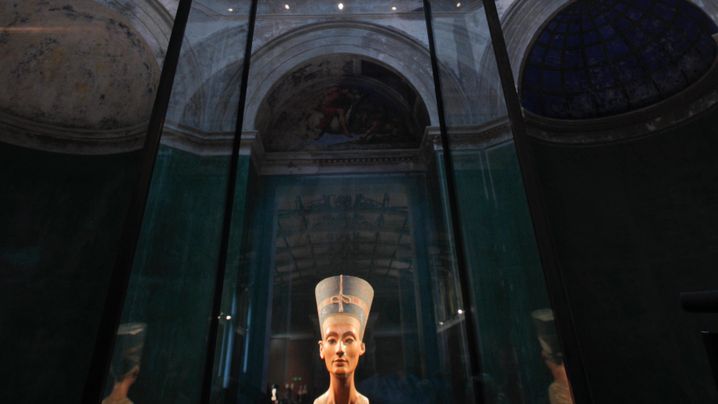 SPIEGEL ONLINE: What exactly do you still need to know?

Hawass: We want to know if the Nefertiti sculptures -- and most importantly, the head of the queen as exhibited in Berlin -- left Egypt legally. When that is absolutely clear and the evidence is in front of us, then there won't be any problems.

SPIEGEL ONLINE: Is it so difficult to find this sort of evidence? After all, those in the German capital who are responsible have tried their best to ensure that these valuable sculptures were brought to Berlin with the knowledge and agreement of Egyptian officials.

Hawass: Around two months ago I petitioned the Berlin museum administration to share with me the exact details of Nefertiti's "emigration" and to send all and any material that relates to the legitimacy of that process. To this day, my request has not been answered. That is annoying. What sort of conclusions should we draw from this? That seems suspicious.

SPIEGEL ONLINE: You doubt the legitimacy of the transport of the sculpture out of your country?

Hawass: We have evidence that supports that suspicion: That Nefertiti was smuggled out of Egypt, bypassing the law. But we don't want to jump to any premature conclusions and we will wait for an answer and some other evidence from Berlin. However because my requests (for further information) were never replied to, I was not interested in accepting the invitation to attend the opening of the New Museum.

SPIEGEL ONLINE: What will happen if you never get a reply?

Hawass: We will have a conversation like civilized human beings and thoroughly discuss every aspect of this case.

SPIEGEL ONLINE: Is it true that you might be prepared to do an exchange -- send Nefertiti home to Egypt and you will give Berlin some other important ancient Egyptian artifacts?

Hawass: That's a novel idea. Indeed, the Egyptian administration suggested a solution like this around 10 years after Nefertiti came to Germany -- but Berlin declined the request.

SPIEGEL ONLINE: At the very least, is there some sort of agreement with the Germans that in five year's time, Nefertiti will be loaned back to Cairo in time for the dedication of the new Egyptian museum there?

Hawass: Nothing is set in concrete. In fact a rumor even reached me that said that lending ancient pieces like this to the Egyptians is risky -- because we might not send those sorts of pieces back. That is embarrassing.

Hawass: No, we want long term cooperation. I am really hoping to find some sort of satisfactory solution with Berlin.

SPIEGEL ONLINE: Egypt is still digging for another long-lost queen: Cleopatra. Is this search still going on?

Hawass: The final excavations, which had to be postponed for months, will continue next Sunday. What we have found so far makes us hopeful that we will soon uncover the tomb of Cleopatra and her consort Mark Antony. But really, we should pay tribute to the ancient Egyptians in some other way too.

SPIEGEL ONLINE: What do you have in mind?

Hawass: In order to strengthen our cultural consciousness, we should incorporate the study of ancient Egyptian language and hieroglyphics (ancient Egyptian writing) into our education system in the same way that Europeans teach Latin and ancient Greek. The Germans could certainly help us with that. 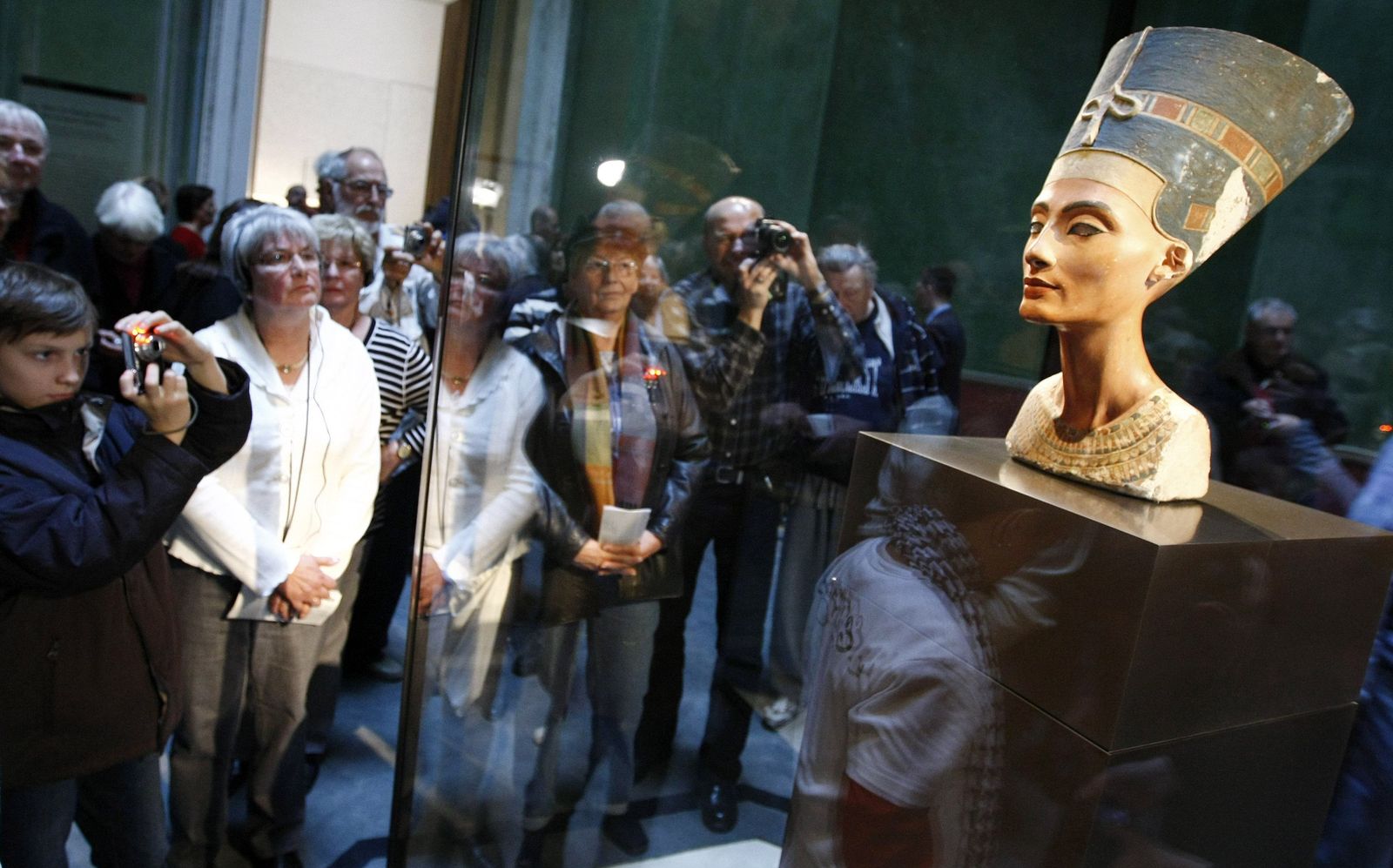 The bust of Nefertiti currently resides in a bulletproof display box in Berlin's recently re-opened New Museum. But if Egyptologist Zahi Hawass has his way, it may not be for long.

On the New Museum's opening weekend -- Oct. 17 and 18 -- entry was free and visitors queued for an average of two and a half hours to get in and see, among other things, the bust of Nefertiti.