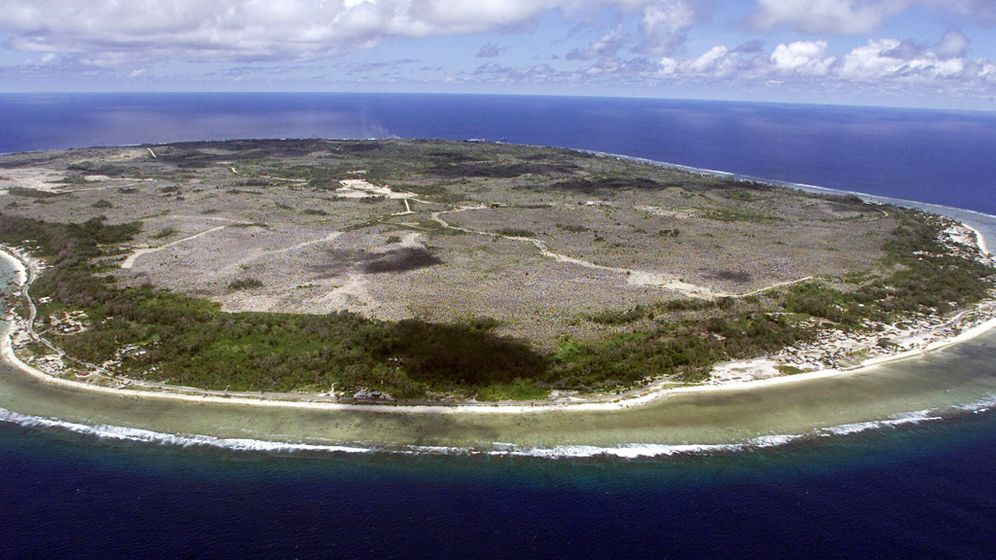 The 70-year-old, originally from Düsseldorf, has been to nearly 300 countries and territories on the master list maintained by the Travelers' Century Club, an elite organization for people who have visited 100 or more countries, which will soon open a chapter in Germany.

"Part of the traveling is bragging rights," said Billep, who is today based in California, where he is the organization's chairman. "Part of it is just the love of travel. It's a thrilling thing." His own favorite place to visit? Hawaii, with its pretty beaches and sunny skies.

But who is the world's most traveled person? It's impossible to know -- but that doesn't keep some travelers from laying claim to the title.

Differing definitions of the word "country" certainly don't help. The United Nations has 192 member states. The Travelers' Century Club, in contrast, includes 320 "countries" on its list. While the organization admits that some places are not actually independent countries in the conventional sense, it insists that all are "politically, ethnologically or geographically different." The list includes disputed territories such as Trans-Dniester in Moldova or Western Sahara in Africa, classifies dependent territories such as the US's Pacific island of Guam as separate "countries" and also regards Alaska as counting separately from the continental United States.

Meanwhile another organization called Most Traveled People considers the world to be made up of 872 places, including countries, territories and major states and provinces, among other locations. That list breaks things down even further. It has, for example, 18 separate places to check off in Germany, including the country's 16 states, the North Sea archipelago of Heligoland and the tiny exclave of Busingen in Switzerland.

Ultra-travelers who spend much of their time trying to get to far-flung lands like Nauru or Bhutan are loathe to say they're in a competition to visit the most countries.

But there's no doubt that their ranks are increasing. The Travelers' Century Club, which has multiple chapters in the US, has seen a rapid increase in members over the last few years and now boasts about 2,000 members, Billep said.

About 30 of those are in Germany. Billep has recently seen so much interest here that he's opening a German chapter this fall, the organization's third outside the United States, after the UK and Canada.

One of the club's notable German members is Dietrich Deppe from Erlangen in Bavaria, who could well be Germany's most traveled person. According to Billep, Deppe has visited 319 Travelers' Century Club countries -- all except South Sudan, which recently voted for independence and which will come into existence as a new country in July. He's planning to go there this spring.

It takes gumption, dedication and lots of hard work to be an ultra-traveler. But the biggest and most obvious challenge to visiting every single country is simple: money.

Unsurprisingly, many ultra-travelers are phenomenally wealthy, like Charles Veley, a 45-year-old American tech baron who created the Most Traveled People club. He claims to be the world's most traveled person, with 822 locations on the organization's list to his name.

Others, like Rolf Hildebrand from Tübingen, are lucky enough to have jobs that take them the world over. His work as an international tour guide has helped him visit 257 of the Travelers' Century Club's countries.

Why does he keep doing it, despite being 70 years old and hearing regular complaints from his wife? "It's in my blood," he told SPIEGEL ONLINE as he was getting ready to leave to escort a tour group through China and North Korea. "I get home, stay a few weeks and need to start traveling again."

The Thrill of the Unknown

Yet other travelers, like Spain's Jorge Sanchez -- who has a claim to being Europe's most traveled man, with 765 places checked off the Most Traveled People list -- need to find more creative ways to fund their adventures.

Sanchez, 53, spends about half the year washing dishes or working in hotels in touristy parts of his country. The rest of the time he's on the road. He's now planning his fifth round-the-world journey and a trip to obscure South Pacific Islands he hasn't seen yet.

Of course, there's an element of danger involved in ultra-traveling: Sanchez has been briefly detained by suspicious authorities in Afghanistan and Chad. On his website, he shows off expulsion orders he received from Colombian and Kazakh authorities. Similarly, Hildebrand has had to talk his way past angry soldiers in Bolivia and Argentina.

But there's also the thrill of the unknown: the idea that the world is so vast and complex that there's always just one more place to visit.

'Many More Ways of Living'

For some, traveling becomes a passion -- some would say addiction -- that changes their entire outlook on the world and life itself.

Sascha Grabow, a former professional tennis player from Heilbronn in southwestern Germany, said he's seen so many places over the years (592, according to Most Traveled People) that his very concept of what it means to be German has changed.

"When you've lived in so many countries, it can be hard to see the German way. You see that there are many more ways of living your life," Grabow, 43, said in a telephone interview from Morocco, as he prepared for an excursion into Mauritania.

Rather than seeing it as a numbers game, Grabow stresses the philosophical aspects of traveling. "For me, it's not about collecting the most countries. It's about living life and seeing the world." 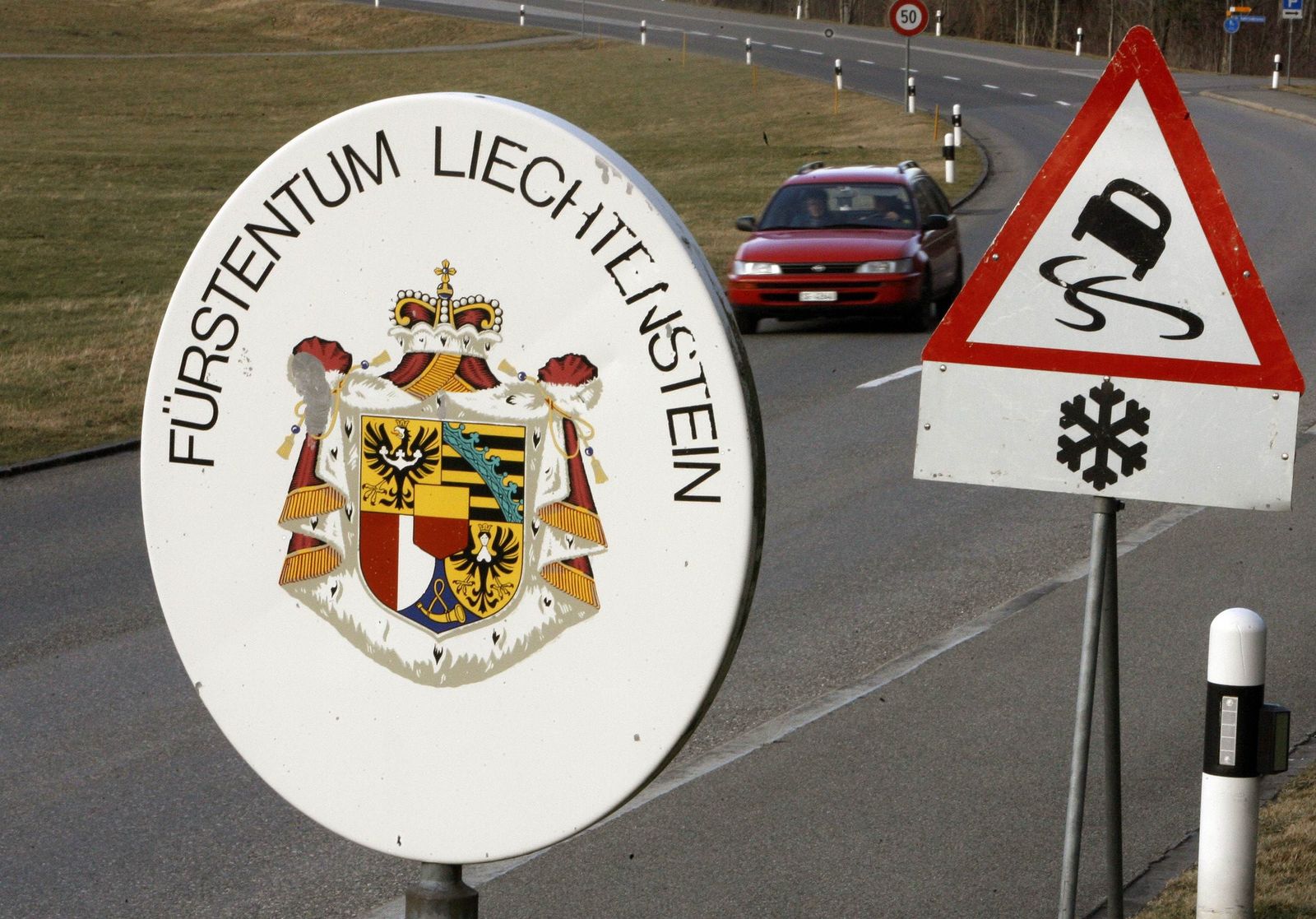 While the Principality of Liechtenstein is smack in the middle of Europe -- between Austria and Switzerland -- you could be forgiven for missing it. It's tiny, one of continental Europe's few remaining micro-states.