If you had to narrow 2019 down to a single superstar, then that person would likely be Billie Eilish. The singer has just completed an international tour, she's been picking up one award after the other, and music legends like Paul McCartney have even gotten in touch with her because her music is so different and novel. And all this at the tender age of 17.

When Billie was 13, her brother Finneas uploaded a song the two had penned together to Soundcloud, where it went viral. Several years, numerous concerts and a record deal with one of the world's biggest music labels later, astoundingly little has changed about the way she works. Eilish refuses to have others write songs for her, instead preferring to collaborate with her brother, who also performs together with her on stage. The mostly teenage crowds at those concerts have grown to the tens of thousands.

The disturbing nature of some of Billie's videos and the fact that their children are singing along to songs about suicide and depression has left some parents wondering if they should be worrying about their kids.

But that might even make Eilish the best kind of role model. She tackles issues that are extremely important to a great number of teenagers, but which are addressed too seldomly.

Eilish also puts a lot of thought into the kind of person she wants to be. She's intelligent, doesn't drink alcohol or take drugs and leads a vegan lifestyle. She speaks out in support of climate protection on Instagram, she covers her body in baggy clothing to prevent being objectified and she's fond of saying she can't stand the United States president.

As with all interviews, Billie's mother was also present for this one and at times joined the conversation. With a few weeks of touring already behind her, Billie was tired. But we brought her some candy -- vegan and gluten-free -- and she seemed pleased.

bento: Before getting you this gift, we read up on what you like. While doing so, we also asked ourselves: Isn't it creepy to constantly meet people who think they know you?

Billie: (laughs) Yeah. But I get it. When I saw somebody that I was a fan of, I always used to dart the other way. I just never felt enough to go up to them.

But I get the feeling that you know a famous person. I mean, the fans do know me to an extent. But there is a level of disrespect sometimes -- a little too much entitlement towards me.

bento: So, other people think they know you, but do you know yourself?

Billie: No! But you know what: I'm great friends with myself. Me and me get along really well. I think I'm really funny sometimes, I can have a good time alone and I can make myself laugh, which I think is important. But I don't know if anyone knows themselves for real. We only see a reflected image of ourselves in pictures or in other people.

bento: This year has been extraordinary for you and your music. Why do you think so many people in your generation are touched by your songs?

Billie: Whatever people feel from my art is fully up to them. I don't want to tell anyone why they like me or why they don't. It's up to the listener, the fan, the hater. If someone hates me for their own reasons, I respect that, just like I respect it if someone likes me because my music touches something in them. But if people just like me because everyone else likes me -- I don't get that.

bento: You've spoken very honestly about how the pressure that comes with your job has affected you -- from depression to panic attacks. Can you give us a glimpse of what it felt like to be in your head sometimes?

Billie: I wish you could have felt it, dude. I wish someone could have felt it, because I felt fully alone. My worst times felt like a never-ending black hole. I remember sitting on my bathroom floor last year, trying to think of something nice. That was a technique my mom used when we weren't feeling good when we were little. She used to ask us: What are some things you're grateful for? What are some things you're looking forward to? After we had answered that, we would always feel a little better.

But now I was sitting on the bathroom floor, thinking: What am I looking forward to? What am I happy about? I sat there for so long and I couldn't come up with anything.

bento: A lot of people who look at your life from the outside probably can't imagine that.

Billie: It was so stupid, because I had all these things in front of me that were incredible! Other people would kill for the things I get to do. But at that point, I was blind to it

I'm not usually a person that has panic attacks or anxiety. I had really bad separation anxiety when I was little and wanted to sleep in my parents' bed, but that's different. I wasn't used to those feelings.

I kind of understand now how hard it must be for people who regularly struggle with anxiety. It's a kind of pain and misery that no one will understand -- unless they're in it too.

bento: What have you learned from those experiences that you could give as advice to young people who go through similar feelings?

Billie: Oh my God, that's hard ... Maybe just: Be patient. That's what helped me. A lot of people choose permanent solutions to temporary emotions. Like suicide. That's a temporary problem with a very permanent resolution.

It's very hard to not do exactly what your mind is telling you in those moments. When it says: "Do this! Right now! You need to, because this is so horrible, you can't stand it any longer."

It's really hard, especially if you have resources that could help you do a bad thing to yourself. That is why I think gun laws need to be fixed and parents need to be better to their kids and teachers need to be more observant to their students.

A lot of things could be improved by just keeping an eye on people and keeping them safe, because people aren't safe alone. I wasn't safe alone for a period of my life. There were points where I would get scared if a friend of mine went home, because I was afraid of what I was going to do to myself.

So, the only thing I can say is: Just don't make a decision. Wait. Eventually, things will be OK or at least decent.

I did not think that I would ever be happy again and I can't even tell you how amazing it now feels.

Billie's mom: I think it's important to say, that you did go to therapy and it did help.

Billie: Therapy does help. For years, I did not want to go to therapy, but you can only keep things in to an extent. I have a job where I can't break down or have a single bad moment.

bento: No moment of weakness -- how does that work?

It's hard. There was one night after a show in New York. It was the anniversary of the death of a friend of mine. I had just cried and suddenly I was shoved into this room with all these teenagers to take pictures with.

Normally, I would have been OK with that. I do meet and greets at every show. But at that moment, I felt overwhelmed. I still pulled through, but the next day I read some comment that said: "Billie was a bitch at the meet and greet in New York."

bento: So, what's your coping mechanism? How do you let it all out when nobody's watching?

Billie: I do have an answer, but it's a little much.

Billie's mom: Don't say it. I can read your mind.

Billie: Really? But it's such a good answer!

bento: We would like to hear the really good answer.

Billie's mom: No, I know her too well.

Billie: Yeah, she does know me. I would tell you if my mom wasn't here. OK, I won't say it, but it is a stress reliever, it's very good for you and I do it multiple times a day, my friends.

Billie: I think, many people are afraid to do it, because they have these weird stereotypes of what it is and who's allowed to do it. I say: Do it and do it as much as you want, girl!

bento: Alright, no more questions. Thank you for the interview!

Billie: You should post that last part, that's hilarious. The fans will think that's so funny.

This interview originally appeared on bento, DER SPIEGEL's portal for young adults. You can read the interview in German at the following link: 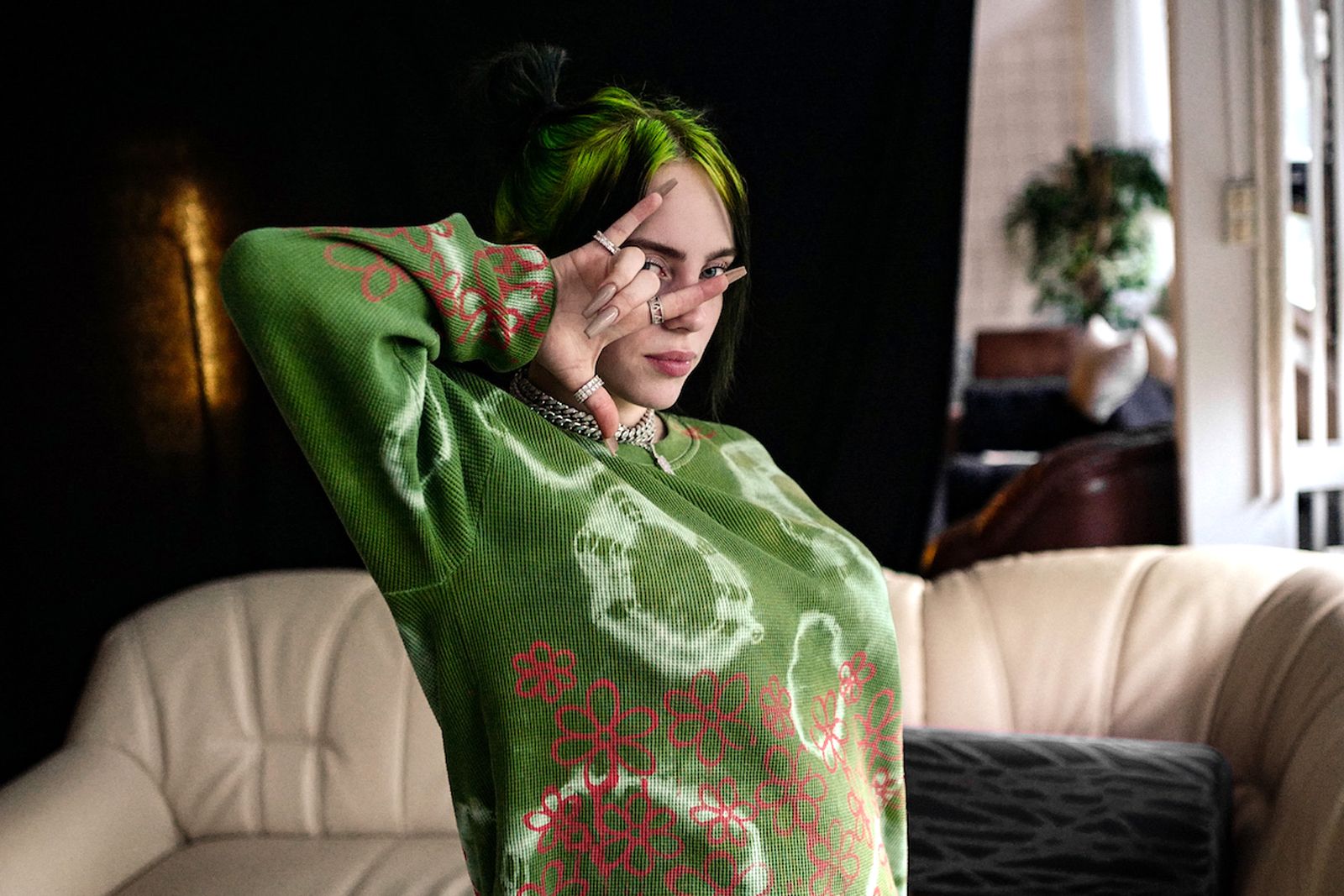