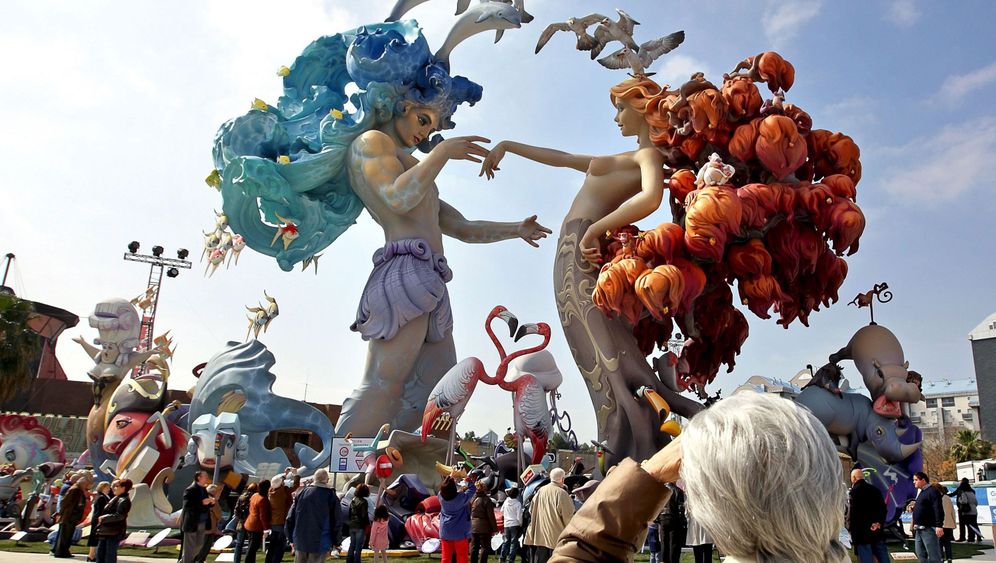 Every March the city of Valencia, in Spain, is set ablaze. An annual five-day festival known as Las Fallas -- which translates as "the fires" -- sees the city's neighborhoods competing to construct giant "ninots," or dolls, out of wood, cardboard and papier-mache.

The sculptures often have a satirical or humorous bent, lampooning politicians, sports stars and local celebrities. The statues, which are located at various junctions around the city, can be as big as a small building and can take months and cost hundreds of thousands of euros to build.

After the artworks have been judged, they are ceremoniously set alight at midnight on March 19, when the street lights are turned off, amid a hail of fireworks and other pyrotechnics. Local firemen take special precautions so that surrounding buildings do not catch fire, such as draping them with wet tarpaulins.

One statue a year is saved from the flames, with local people voting as to which entry will be sent to the dedicated Museum of the Fallero Artist for posterity. As well as the artworks, the festival also features bullfights, beauty pageants, street parties, costumed parades and paella contests.

The festival is thought to have originated from pagan festivals celebrating the end of winter and is also an homage to Saint Joseph, the patron saint of carpenters. Last year the fiesta drew over 1 million visitors.