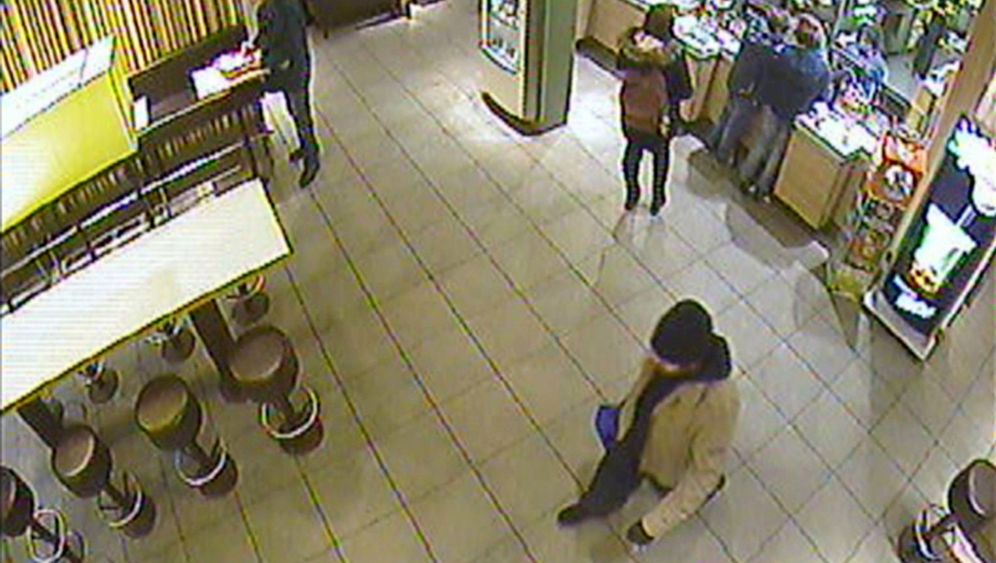 The first surveillance camera at the main train station in Bonn records visitors in the entrance hall. It's on the right-hand side, above the information desk, and it seems to be capable of monitoring everything that goes on. Just a few steps outside the entrance hall, a circular camera covers Platform 1. In total, there are seven cameras installed at this train station, and they are all connected to Deutsche Bahn's main office for service, safety and station cleanliness in Cologne. The employees there monitor everything that happens in the station and on the platforms live, and they can even move the cameras in Bonn using a joystick. It's as if Big Brother were always keeping an eye on things in Germany's former capital.

But one thing the cameras didn't capture was the person who placed a blue gym bag containing a bomb on Platform 1 last Monday, and at what time this occurred. At that moment, the electronic eye was pointing at the emergency call box. But even if it had captured the crucial images, they wouldn't have helped investigators.

That's because the images taken by the security cameras in Bonn are not stored in memory. As a result, there are no images of the platform that could help authorities reconstruct the near-catastrophe and identify the culprits. Nevertheless, the Federal Prosecutor's Office, which took over the investigation on Friday, suspects Islamist involvement.

The failed attack in Bonn is fueling a dispute that has been smoldering for years between security officials and the management of the German national railway company, Deutsche Bahn. Interior Minister Hans-Peter Friedrich, a member of the conservative Christian Social Union (CSU), has now waded into the controversy, saying the bomb discovery in Bonn, together with the recent brutal killing of a young man on Alexanderplatz square in Berlin, "show that we need efficient video surveillance and video recording in public areas and train stations."

The German Federal Police, who are responsible for security in trains and stations, want to use far more electronic eyes, and they cite Britain as a model to follow. Extensive recorded video surveillance tapes enabled authorities there to identify the perpetrators in the July 2005 London bus and subway bombings within six days. In 2006, it took German authorities using video surveillance images taken at the Cologne train station three weeks to track down two would-be bombers.

Images Are Only Recorded at Major Stations -- Not Bonn

Interior Ministry officials in Berlin have no patience for the bickering between the two organizations. "Violent criminals could be deterred and crimes and planned attacks cleared up with increased and improved video technology in public spaces," says Friedrich, noting that there is a "need for action" at train stations. Deutsche Bahn and the federal police should "move forward quickly with the necessary modernization of video technology," he adds.

In truth, both sides are responsible for the fact that there are no images available from Bonn. Deutsche Bahn and the federal police agreed only to connect the cameras to recording devices at major train stations. The consensus was that the Bonn station is not a major station, as if Islamist terrorists only attacked major cities. Ironically, the radical Islamist community in Bonn, a mid-sized city, is considered especially militant.

Nevertheless, the attempted bombing did not come as a surprise to the security services. For months, it seemed as if they were expecting a terrorist attack by Islamists. Al-Qaida and other Islamist groups are believed to have changed their tactics in Germany following a series of failed attacks in recent years.

In video appeals, they call upon supporters to commit autonomous, decentralized acts. The messages state that anyone who feels committed to jihad should strike wherever he can, irrespective of instructions coming from terrorist centers in countries like Pakistan, Yemen and Mali.

Arid U., who shot and killed two American soldiers at Frankfurt airport in March 2011, was one of these satellite terrorists, who took action even though he had no connection with like-minded individuals. It seemed obvious that others would try to imitate him.

In addition, there are combatants in Germany who have joined Islamist organizations in Pakistan, North Africa and Somalia. Law enforcement officials are monitoring more than a dozen Islamists in these groups, who they believe are capable of committing attacks in Germany.

There are some indications that people who were either acting independently or had contacts in North Africa were behind the bomb in Bonn. The trail leads to the Salafist community. Investigators believe that Somali-born Omar D. is a key figure, and he is currently the top suspect. His attorney denies that D. has any connection to the attempted attack.

Police officers arrested D. at a call shop on Kölnstrasse in Bonn at 1:30 p.m. on Tuesday. According to their report, a witness had "recognized him and stated that he was "very likely the person who left the bag at the Bonn train station," the investigators' report reads. Two young people had told the authorities that a dark-skinned man had pushed the bag containing the bomb in front of their feet.

Suspect Released Due to Lack of Evidence

When they searched Omar D.'s apartment, the police wrote in their report, they found "a large number of SIM cards, as well as amphetamines and a significant amount of cash." D. was born in Mogadishu and grew up in Bonn. The authorities classified him as a threat after he was prevented from leaving the country for Uganda in September 2008. His friend Abdirazak B., who had tried to leave with D. at the time, is believed to be active with the Al-Shabab militia in Somalia today.

The evidence was insufficient and the eyewitness accounts deemed too unreliable to issue an arrest warrant against D. for the Bonn bomb. However, a few clues lead to people associated with D. One of them is a German Islamist who is currently active in Somalia, and who announced, in late November, that it was time something happened in Europe again.

From Somalia, Abdirazak B. still maintains close ties to fellow Islamists in Bonn. The Federal Prosecutor's Office sees the pieces of the puzzle as "reliable evidence," and that D. "has connections in radical Islamist circles." In addition to Omar D., investigators have at least two other suspects on their radar, including the man who carried the bag intermittently and was filmed doing so.

The only surveillance images that could help the police in the hunt for the Bonn perpetrators come from the McDonald's fast food chain. Unlike Deutsche Bahn, the McDonald's restaurant on Platform 1 did record activity with its surveillance cameras. The videos show a light-skinned, bearded unknown person wearing a cap, a beige jacket and dark trousers. He entered the fast-food restaurant on Monday at 12:49 p.m., carrying the blue gym bag in which the bomb was later found. He looked to his left, walked toward the counter, turned around, looked in the same direction again and left the room.

The nine seconds of film have helped the police fill a gap in their knowledge of the course of events. According to the McDonald's tape, at 1:03 p.m. a young man told a Deutsche Bahn employee at the information booth about the bag. Soon afterwards, two boys who had been sitting on a bench on Platform 1 called officials with the federal police to report the bag, saying that they had seen wires inside.

The authorities focused their investigation on the radical Islamist community from the start. At the beginning of the week, they were already observing a dozen individuals in the Cologne metropolitan area. They had their sights set on a Jordanian who had been sentenced to several years in prison, and had been a follower of Al-Qaida terrorist Abu Musab al-Zarqawi. Meanwhile, investigators were examining surveillance photos of Salafist activists associated with the banned group Millatu Ibrahim in the nearby city of Solingen.

The notion that the would-be attack was politically motivated is supported by the belief that the bomb on Platform 1 could have been built, at least partially, using plans posted on the Internet by Al-Qaida. It contained an alarm clock, butane gas cartridges for camping equipment, batteries, a filament and a tube of ammonium nitrate.

Bonn escaped a disaster due to the dilettantism of the bomb builder, according to the reconstruction of the scene by investigators with the State Office of Criminal Investigation in the western state of North Rhine-Westphalia. Gunshot residue indicates that the fuse had already been activated before a bomb squad tackled the bomb with a water jet. The bomb did not ignite, apparently because the electricity coming from the batteries was too weak. Because of another design flaw, if the ignition had worked, there would have been no detonation, just a potentially deadly explosive flame. 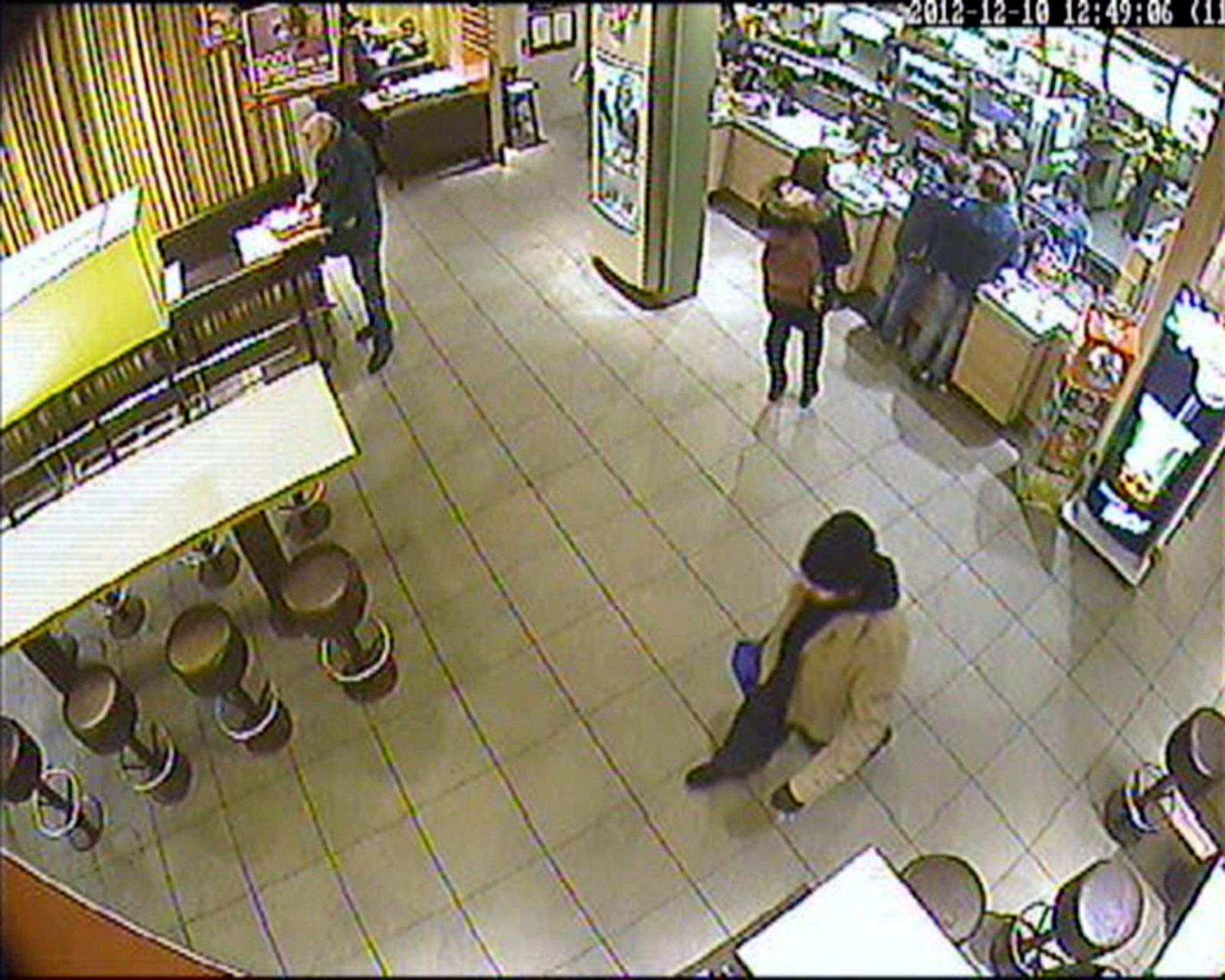 A video still of the person suspected of planting a bomb at the train station in downtown Bonn on Dec. 10. The nine seconds of film taken by a CCTV camera at a McDonald's in the station have helped police fill a gap in their knowlege of the course of events.