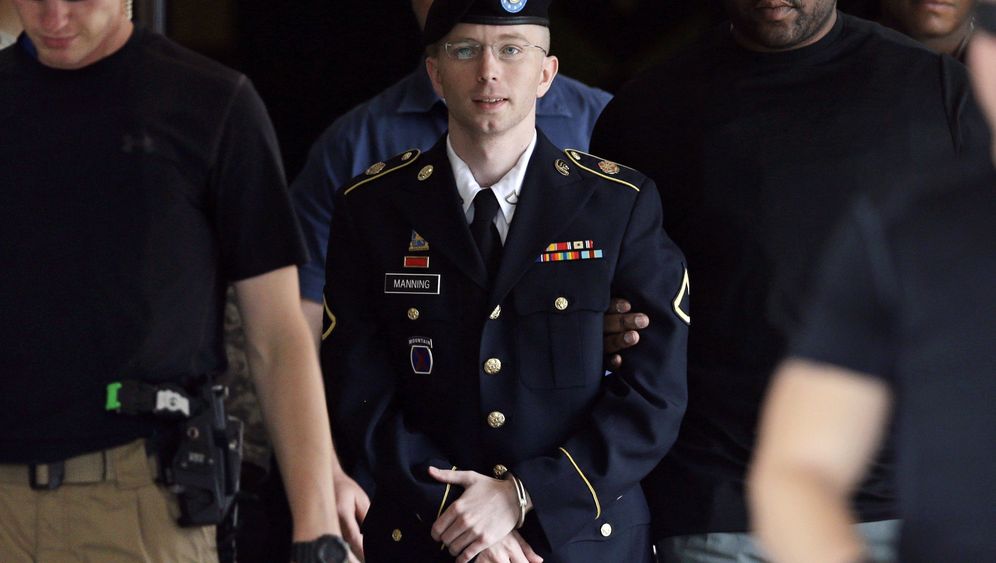 It was never an issue whether Bradley Manning violated US law. Manning pleaded guilty to 10 charges at the beginning of his military trial. The maximum sentence for those charges was 20 years in prison -- an intolerable sentence, but unlikely to be the extent of his punishment.

That punishment could now be a 136-year prison sentence. Prosecutors have brought in the big guns -- and invoked the Espionage Act, which was passed in 1917 in reaction to fears of German spies and saboteurs.

It is political despotism to use this act in a trial that has to do with neither espionage nor sabotage. It means the defense can no longer argue that the defendant harmed no one, that he acted in the public interest. It deprives Manning of the only basis to justify his actions and the opportunity to avoid a guilty verdict.

This is why the appropriate reaction to this verdict would be to reverse it. It would be overzealous, both from a legal and political standpoint, to pass judgment on Manning as a warning to other possible politically motivated offenders. The 25-year-old soldier, a man who is unconvincing as a heroic figure and burdened with complexes, is the most recent casualty in a hysterically prolonged "war on terror."

The Manning trial isn't the first instance in which the United States under President Barack Obama has demonstrated its willingness to do everything it takes to prevent the spread of unwelcome truths. Former President Richard Nixon tried to use the Espionage Act to put the leaker of the Pentagon Papers -- about the planning of the Vietnam War -- behind bars. With a guilty verdict against Manning, Obama has now prevailed where Nixon failed.

This injustice -- more than his withdrawal from two wars, and more than his largely futile struggle to make the United States into a more socially equitable country -- will define Obama's presidency in the long term.

SPIEGEL, along with other leading international media organizations, edited and published the flood of data Manning disseminated through the Wikileaks whistleblowing website. Therefore, it is in SPIEGEL's interest that future sources are not intimidated, that this verdict not be upheld.

This should also be in Obama's interest. The reputation of the United States is at stake, along with its credibility as a country where freedom also means confrontation with the truth.

Leaks are necessary for the fight against abuses of power. Manning's leaks uncovered war crimes, albeit ones that have remained unpunished. His leaks revealed, at an early juncture, the disorientation of the US's Afghanistan operations. And the cables from US embassies, far from being high-level gossip, showed how eagerly those in power deceived their own people.

Obama must pardon Manning so that more whistleblowers do not find themselves compelled to seek refuge in the even darker realm of Russian President Vladimir Putin. Political lawbreakers like Nixon and Iran-Contra conspirators like former Defense Secretary Caspar Weinberger and former National Security Advisor Robert McFarlane were pardoned. After all, there's honor among thieves.

Now it's also time to pardon someone willing to call a thief a thief.