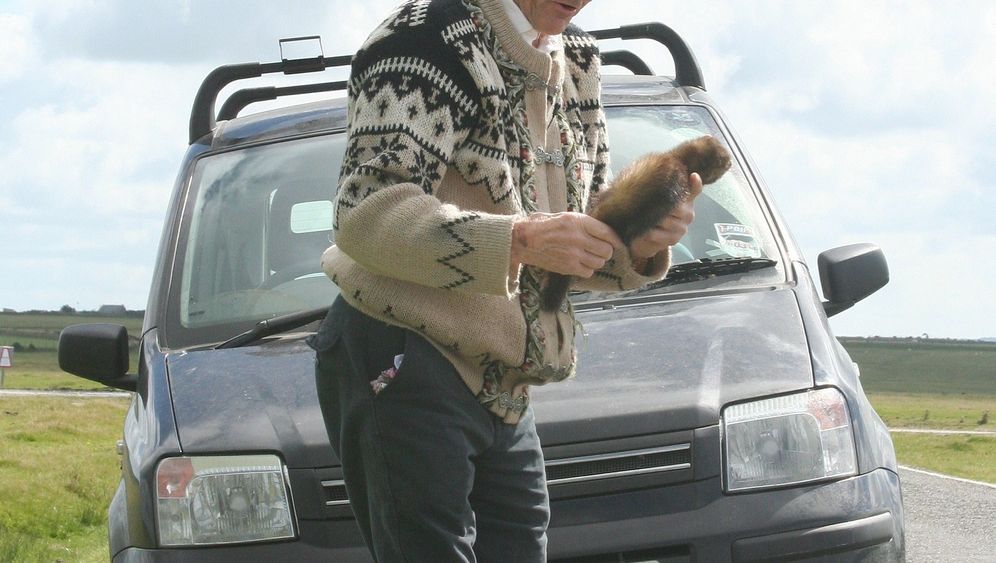 Cats, foxes, badgers, mice or dogs, killed and mangled by tires and left to rot by the side of the road. Most people simply drive past and feel disgust with perhaps a tinge of sorrow. But Arthur Boyt scrapes them up and has them for dinner.

Roadkill eaters devour whatever they find. Boyt, 74, a retired researcher, collects the furry accident victims and takes them to his remote house in the beautiful county of Cornwall in southwestern England, the AFP reports.

Then he gets to work skinning, gutting and, of course, cooking them. Proper preparation is especially important because some of the animals he finds have been dead for a few weeks. You can just pick off the maggots and worms, he says, and still enjoy the meat.

"I've eaten stuff which is dark green and stinks -- it does appear that if you cook it well, its rottenness does not hinder one's enjoyment of the animal," Boyt told the AFP. "It's not in the taste of the food; it's in the head. It's a threshold you have to step over if you're going to eat this kind of stuff. You say 'OK, this is just meat.'"

"I have never been ill from eating roadkill," Boyt notes. "People have been here for a meal and been sick when they got home -- but I'm sure that was something else."

Cook Badgers with the Head On

Here's his recipe for badger stew: Leave head on, coat with flour and herbs, and braise for five hours.

The retired researcher's favorite dish is dog, which he says tastes a bit like lamb. He has eaten two lurchers and a labrador that had been hit by cars. He insists he tried to find the owners before eating them. But, after failing to do so, he washed them down with red wine.

Boyt has been eating roadkill since the 1960s. His freezer contains a variety of species ranging from buzzards to slow worms.

There's no law against eating roadkill in Britain -- unless of course you run them down in the hopes of eating them.

Boyt's wife, on the other hand, is a vegetarian. So he only cooks roadkill when she goes out. "She goes to see her mother once a week," he says. "So if she stays the night, it's a grand opportunity for a big feast."

Reporting by the AFP
Mehr lesen über
Wildlife in Europe