The snow has finally melted in most of Europe. But what it has left behind is not entirely to the liking of most. In Berlin, for example, the vanished drifts have revealed mountains of charred waste from fireworks still left over from New Year's. Weeks worth of newly thawed out dog dirt has likewise made walks in the city a chore.

Most of all, though, cities and towns across Europe are finding that their streets are full of brand new potholes -- deep, wide and dangerous. TÜV Rheinland, a safety certification company, estimates that 30 to 40 percent of all German roads have suffered serious damage as a result of the winter weather this year. Even worse, after spending mountains of cash to remove snow and salt ice, many municipalities have none leftover to fix the craters.

But one town in Germany has come up with a unique new approach to the problem. Why not find sponsors for the potholes? For €50 ($68), the hamlet of Niederzimmern in the eastern German state of Thuringia will tar over a pothole and then attach the donor's name to the newly fixed hole.

"The point is to use a funny idea to find people who can then help us to get our streets back in order," Niederzimmern Mayor Christoph Schmidt-Rose told German radio on Wednesday.

Those interested can also request an inscription for their pothole plaque. Already, said Schmidt-Rose, interest has been encouraging. He says the idea is to make people "feel like they own the pothole." 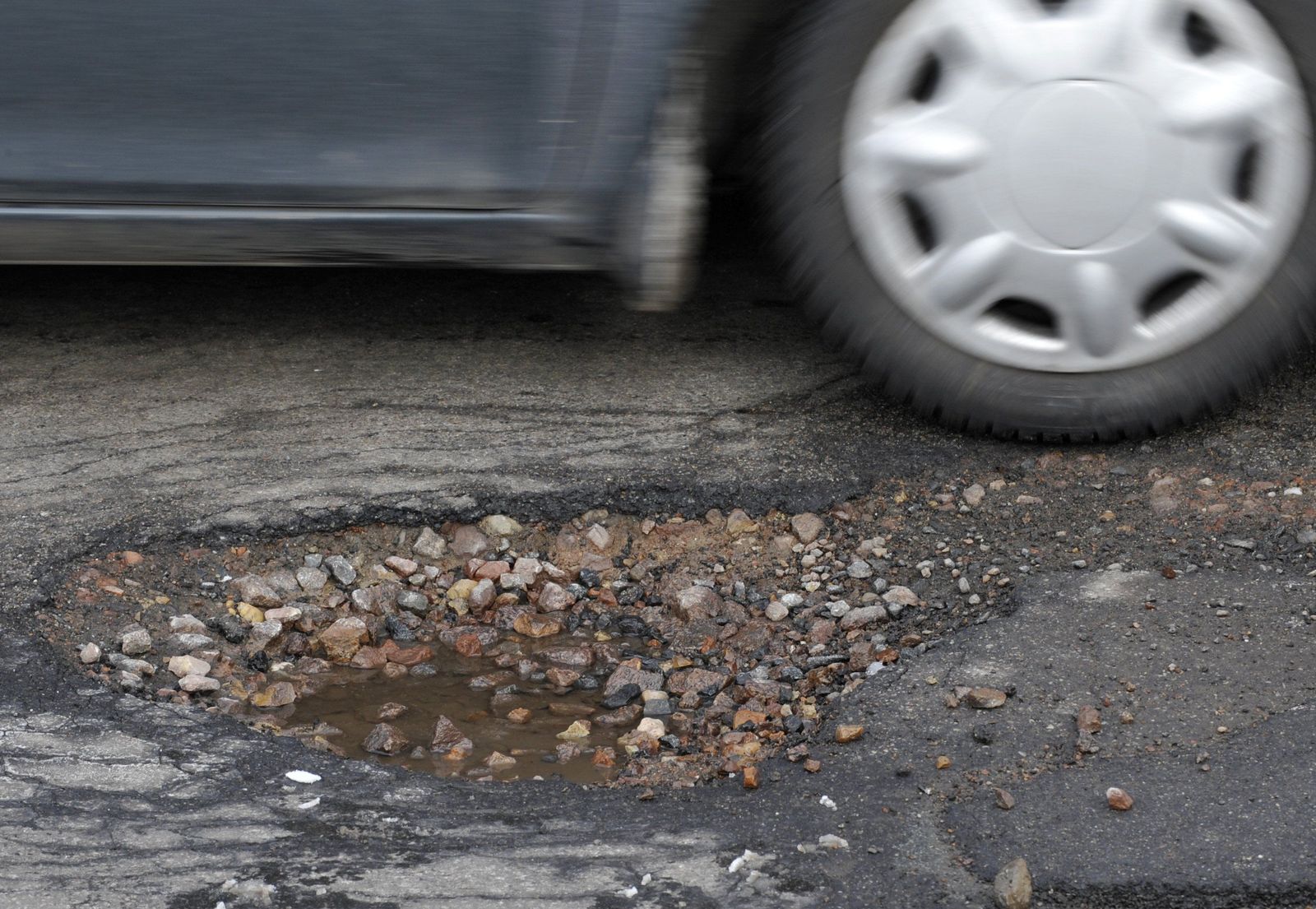 A German village wants to patch its streets with money made from selling potholes.