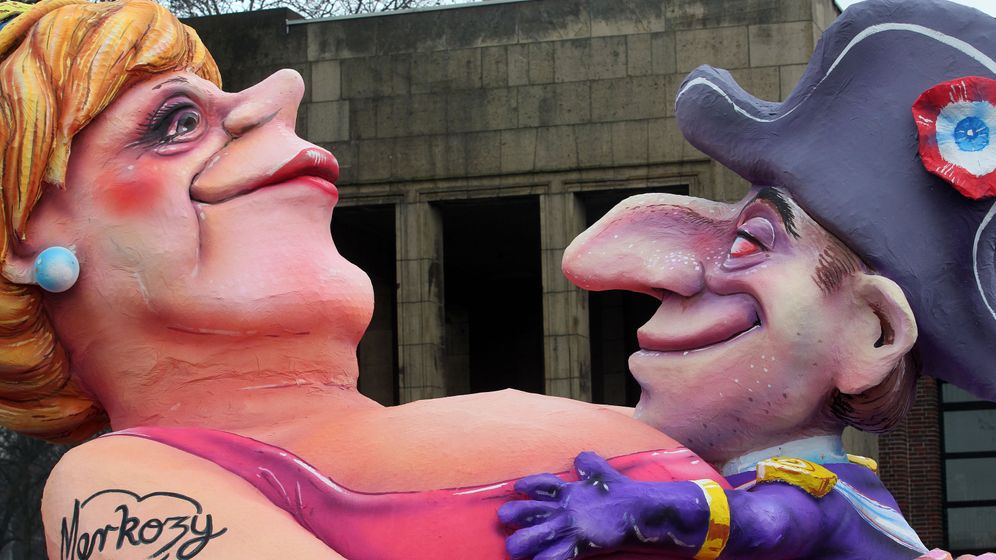 Hundreds of thousands of carnival revellers took to the streets of Cologne, Düsseldorf and Mainz on Monday for the traditional Rose Monday parades famed for their satirical procession floats.

This year, the resignation of Christian Wulff as president on Friday featured prominently in the three-dimensional papier-mache cartoons rolling through the streets, but the show was stolen by a float design in Düsseldorf illustrating the close Franco-German relationship, with a deliriously amorous Nicolas Sarkozy nestling in the ample cleavage of the noticeably larger German chancellor.

The euro crisis was a further theme, with Merkel being portrayed as Europe's savior. The big processions were broadcast live on television.

German carnival started in earnest last Thursday, Old Wives' Day, when women went around storming town halls and committing symbolic mass castration by cutting off the ties of all the men they come across in their rampage.

The festival reached its height on Rose Monday with the big processions. But the partying will continue on Tuesday. Parades and fancy dress balls have been going on in scores of towns and villages across the predominantly Catholic Rhineland and south-west of the country, which have come to a virtual standstill for the best part of a week.

Sadly, it will all end on Ash Wednesday, the start of Lent, the Christian fasting season before Easter, when order and discipline will be restored on German streets for another year. 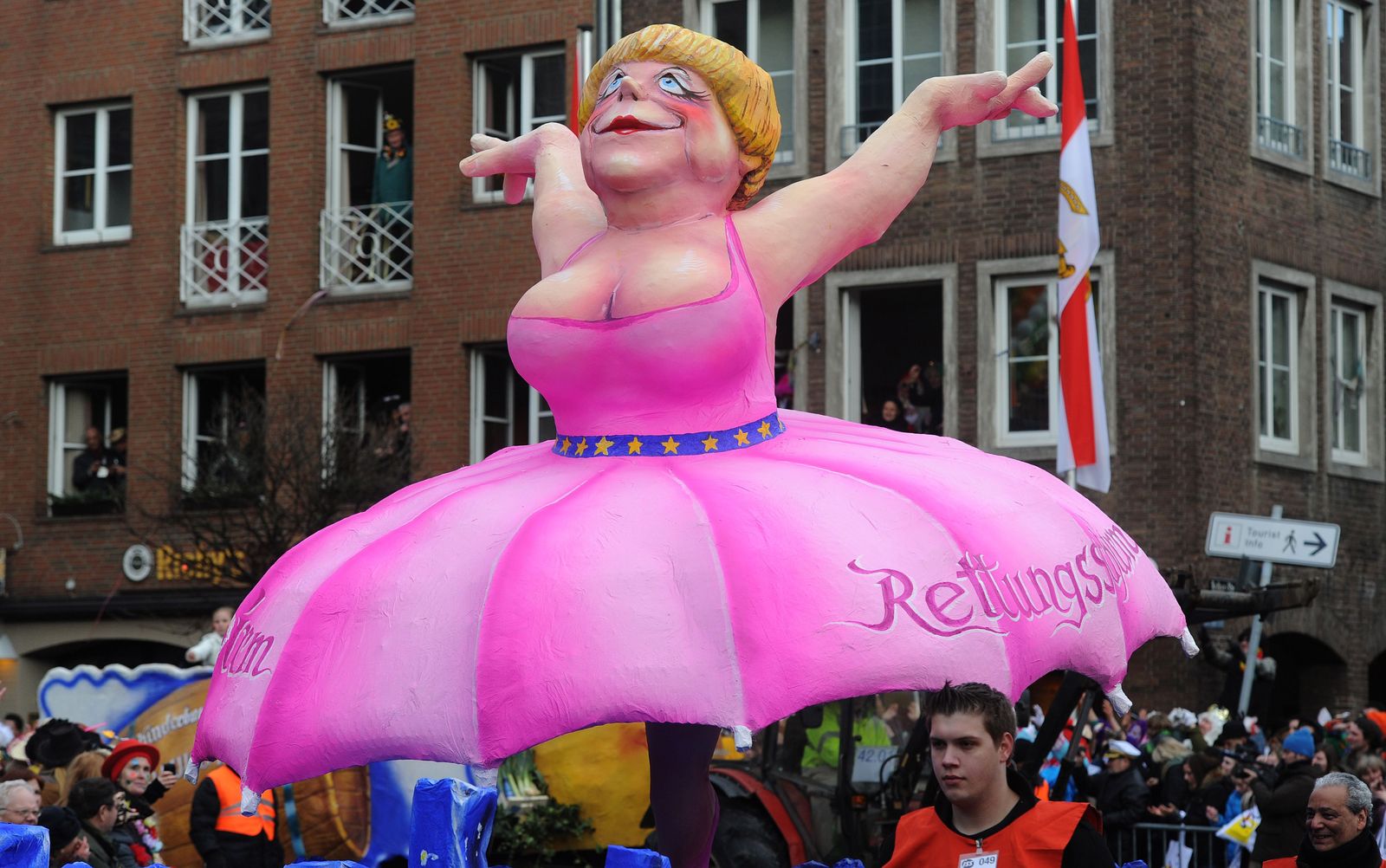 And here's ballerina Angela Merkel shielding Europe from the euro crisis with her ample tutu. The term "Rettungsschirm" on her tutu is the German expression for "bailout package".