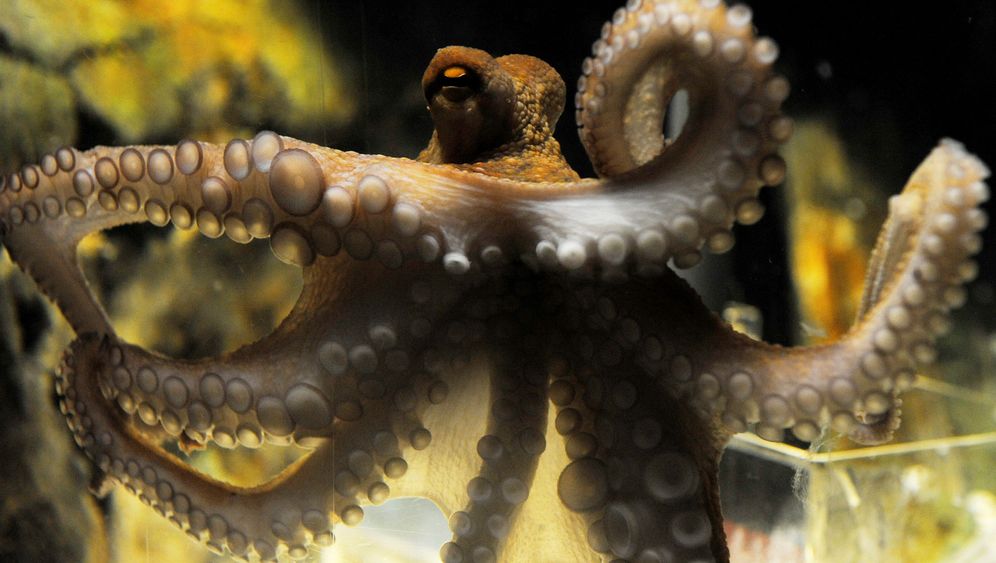 Diego Maradona's side may have the world's best footballer in Lionel Messi, but when his team takes the pitch on Saturday, it will have to overcome the psychic powers of Paul, an octopus at the Sea Life public aquarium in the German city of Oberhausen who has become well known for his surprising accuracy in predicting the results of World Cup matches.

And on Tuesday, after some hesitation, the cuddly cephalopod once again predicted that Germany will advance.

Paul has gained a sizable following in Germany by amassing a perfect 4-0 record in calling Germany's World Cup clashes. First, he tipped Germany to beat Australia, and then followed it up by correctly predicting Serbia's upset over Germany. Paul went on to call a German win against Ghana and made waves across the English Channel when he foresaw Germany taking down England.

Still, the Argentina match won't be for the faint-hearted, according to the octopus -- who determines a winner by plucking a mussel from one of two glass boxes that are dropped into his tank, each marked with a nation's flag.

"Incredibly tight -- but luckily a win for Germany in the end," said an aquarium spokesperson, according to the German news agency DPA.

Paul deliberated over the match for more than an hour. He swam instantly to the German box, perhaps initially swayed by Germany's 4-1 victory over England on Sunday. But then struck by indecision, Paul pulled back and laboriously mulled over the prospects of Argentina's creativity and star power versus Germany's devastating counterattack and speed.

Finally, Paul wrapped his eight legs around the German box, plucked out the mussel and threw his weight behind the Mannschaft.

"Paul just has a good instinct for football," Tanja Munzig, the aquarium's spokeswoman, told the Associated Press after Paul gave Germany the nod over England last week. "From where he gets his forecasts, we cannot say for sure. This will remain his secret."

The last time Germany and Argentina hooked up in the World Cup was in a 2006 quarterfinal match in Berlin, where the host nation topped the South Americans on penalties.