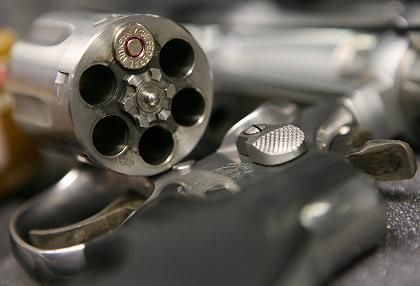 The man had a one in six chance of shooting himself, and was immediately unlucky.

Evidently charades or board games weren't exciting enough. A 52-year-old man in Cologne who had drunk too much on Christmas Day last Thursday picked up his revolver, loaded one bullet into the barrel and spun it, declaring "Now we're going to play Russian roulette!"

His wife, children, other relatives and friends watched on as the man, named only as Ulrich S., pointed the gun at his temple. "We thought he was joking," a friend told Bild newspaper.

Unfortunately, he wasn't. Ulrich S., a professional hunter, pulled the trigger and shot himself in the head. He was rushed to the hospital where he died of his wound two days later.

Police said in a statement that the man had a licence for his weapon and had engaged in "improper use of a handgun."

His family is in shock and receiving counselling.