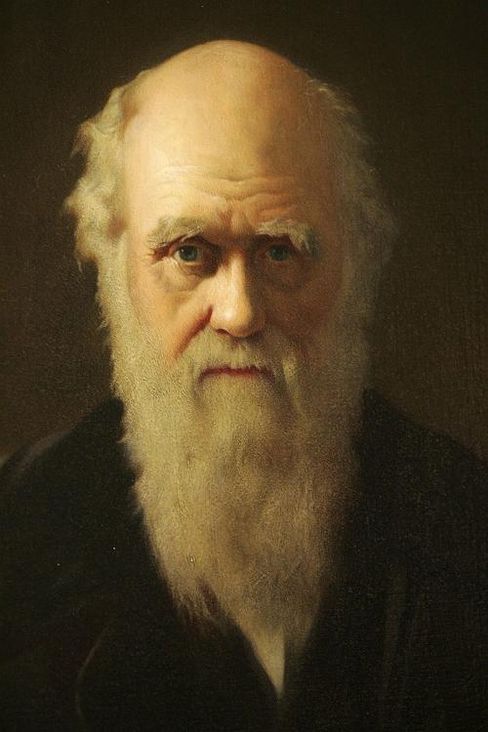 Charles Darwin continues to have his fair share of opponents in Europe, too.

He hesitated because he knew full well that his findings would have dramatic consequences on established notions of the world. For 20 years, Charles Darwin kept his revolutionary ideas about evolution to himself. "It's like confessing to a murder," he wrote to a friend.

His anxiety was justified -- because it was no less than God himself who would fall victim to his theory of evolution. And so Darwin, a former student of theology who was married to a deeply devout woman, put off publishing his groundbreaking work "On the Origin of Species." In the end, he only published it when he did because he was forced to. Otherwise, Alfred Russel Wallace -- who had proposed his own theory of natural selection -- would have beat him to it.

But Darwin was right. Even while alive, he stirred up legions of people hostilely opposed to his ideas. Now, 150 years later, he continues to do the same. Fundamentalist Christians who believe in creationism -- which holds that God created the world and humanity in the manner described in the Bible -- reject the principle of evolution and are striking back. They are pushing for the use of school texts that vilify the theory of evolution as a mere ideology. They have sued to have the theory of intelligent design -- a water-down version of creationism -- taught in biology courses at the same time as evolution, as both an equally valid scientific theory and alternative to evolution.

"It would be like claiming a right to teach astrology in a physics course," said James Williams, a lecturer in science education at the University of Sussex, at a conference entitled "Attitude and Knowledge Concerning Evolution and Science in Europe" held in Dortmund on Feb. 20. Williams has studied the influence that creationists have had in the United Kingdom. And it is big: According to a survey conducted in 2006, the majority of British have their doubts about evolution, and 40 percent want creationism taught in biology classes.

The guerrilla tactics used against evolution continue to be the same: Evolution's opponents try to discredit Darwin's broader theory by looking for gaps and narrower scientific issues that remain answered.

As Williams sees it, the fact that evolution is such a basic principle and lively field of scientific inquiry makes it a natural place to find so many open questions. But that's no reason to cast doubt on the theory of evolution as a whole. "Even though no physicist has been able to explain why objects have mass," Williams adds, "no one questions the theory of gravity."

Scientists today also know that evolution is verifiable because you don't have to wait millions of years to see it in action. "Evolution can sometimes happen very quickly," says Claus Wedekind, an evolutionary biologist from the University of Lausanne -- so quickly, in fact, that scientists can sometimes observe it within the space of one human generation.

Intelligent design and creationism, on the other hand, are not scientific theories because they aren't falsifiable: They postulate the existence of a deity, a divine creation and guided evolution -- all things that can never be empirically proved or disproved.

This type of reasoning hasn't stopped people from doubting the theory of evolution. In Germany, 20 percent of the population doesn't believe in the theory; in the US, it's closer to one-third.

For many years, people have viewed creationism as a purely American phenomenon. The fact is, however, that there are also creationist currents in Europe, too, and an anti-evolution movement that is even less homogenous than the one in the US. On one side, you can find the creationists, who are splintered into groups of hard-line "Young Earth" creationists and supporters of intelligent design. On the other side, you find the churches, who have not taken a definitive stance on the issue.

In June 2007, the Council of Europe's Committee on Culture, Science and Education released a report entitled "The Dangers of Creationism in Education." According to Anne Brasseur, a member of the council who collaborated on the report, its goal was to firmly anchor the theory of evolution in school curricula.

The report was prompted by resistance to teaching Darwin's theory in some European countries. "For example," Brasseur explains, "the former deputy education minister of Poland called the theory of evolution a lie."

She went on to list a number of other negative examples:

The Catholic Church's position on evolution is unclear. Pope Benedict XVI has stated that the theories of evolution and creation are not mutually exclusive and, in July 2007, that "there is much scientific proof in favor of evolution." Still, in April 2007, he wrote in a theological book published in Germany that the existence of evolution was "not ultimately provable."

In 2005, Austrian Cardinal Christoph Schönborn published an opinion piece in the New York Times entitled "Finding Design in Evolution," in which he discussed a theory of creation that included the theory of a guided evolution -- in short, intelligent design.

The Evolution of the Church's Position

"Carninal Schönborn is just doing his job," stated one audience member attending the conference in Dortmund. "Religion is competing with other religions and worldviews. Science is so bad about defending itself against creationist attacks because it doesn't claim to be communicating a worldview."

Under these circumstances, scientists have been much more likely to find themselves reacting to creationist attacks than taking pro-active action. And they haven't been doing a particularly good job of defending themselves.

There have also been further attempts at dialogue. Günther Pass, an evolutionary biologist at the University of Vienna, is the head of a seminar focused on teaching in the natural sciences. He recounts a public discussion between Schönborn and a molecular biologist that "didn't get much past small-talk."

Only a few in the scientific community have chosen to fight back, such as the famous British evolutionary biologist Richard Dawkins, who has said about theories such as intelligent design: "The alleged convergence between religion and science is a shallow, empty, hollow, spin-doctored sham."

At previous times in history, the Catholic Church has espoused different positions on evolution. John Paul II, for example, the predecessor of the current pope, apparently gave some recognition to Darwin's theory when he said in 1996 that: "The theory of evolution is more than a hypothesis." (Many observers have contested this translation of the original French text, however, claiming the pontiff actually meant "more than one hypothesis.")

According to Brasseur, however, Pope Benedict XVI's Vatican criticized the Council of Europe's report -- without success. The council ultimately approved the report's recommendations, with 48 votes in favor and 25 against. As for Germany's five representatives on the council, three voted against the report, one voted for it and one abstained.