Being a stork is hard work. Not only do you have to collect enough frogs and other delicacies to keep you going during the day, but you also have to fly to Africa and back once a year -- and deliver babies to new parents the world over. What's a bird to do if it gets injured?

Dietmar, a stork in the German state of Saxony, was confronted recently with exactly this problem. In August, Dietmar arrived in a bird reserve located between Dresden and Leipzig suffering from a broken leg. The sanctuary staff did everything they could to help Dietmar, but in the end the limb had to be amputated. However it has now been replaced with a carbon prosthesis.

Andrea Kirsten, who works at the preserve, speculated in the tabloid Bild that Dietmar may have flown into a high tension wire. The artificial leg, which was funded by donations, cost over €1,000 ($1,500) and is protected from mud and dirt with a baby sock.

While Dietmar's wings have been clipped so that he can't leave the sanctuary -- he likely couldn't survive in the wild -- the stork receives regular physical therapy. His meals, which consist of thawed-out frozen baby chickens, are delivered directly to his beak.

Dietmar will now have to spend the rest of his life in his new home. But Kirsten is doing her best to make his life tolerable. According to Bild, she plans to build him a nest in the hopes of attracting a mate next spring. 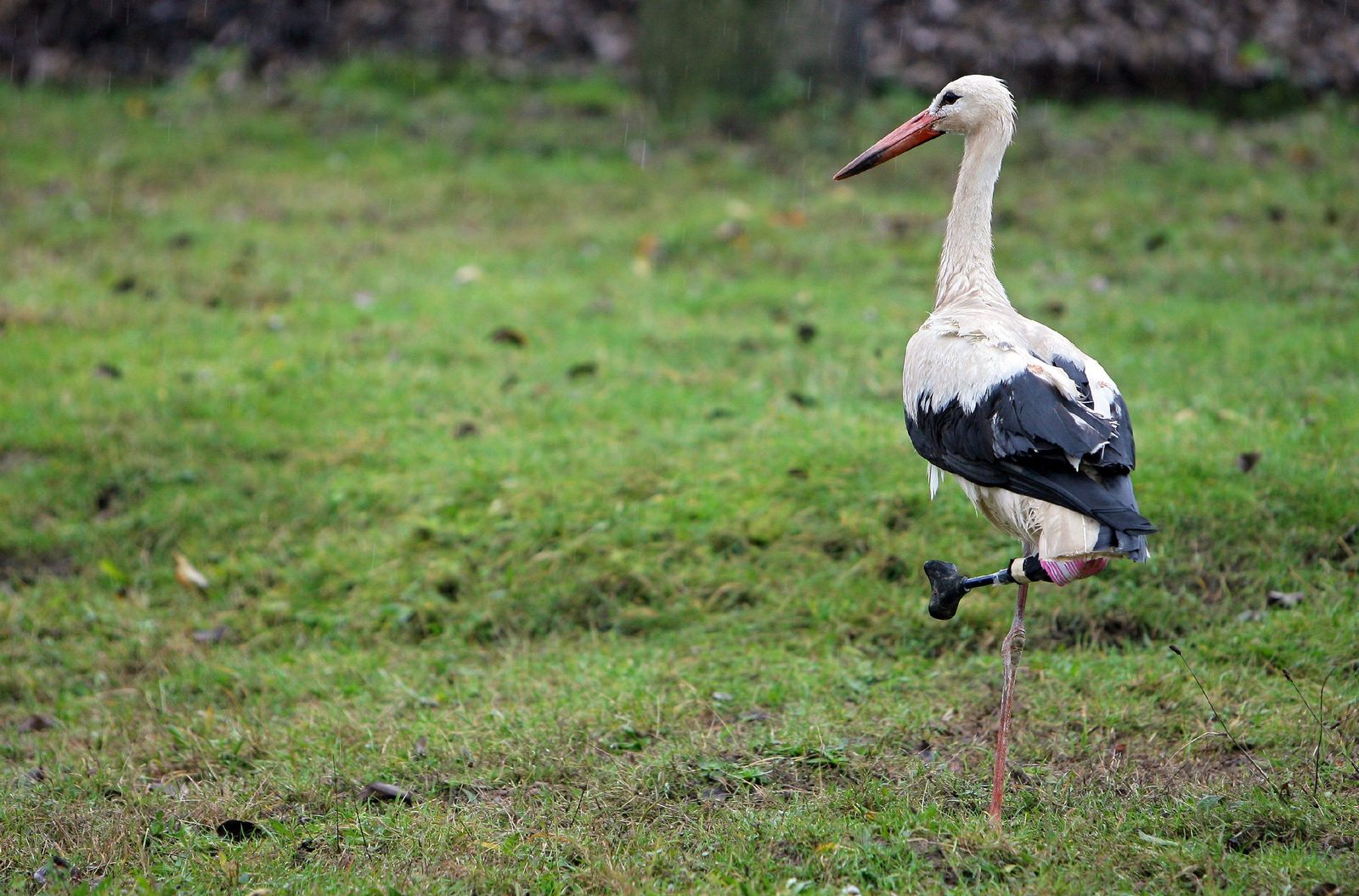 Dietmar the stork with his prosthetic leg.