Chilean President Sebastián Piñera has apologized for writing the words "Deutschland Über Alles," a phrase frowned on in Germany because of its association with the Nazi era, into the official guest book of German President Christian Wulff during a visit to Berlin last week.

Media reports claimed Piñera had said on Monday that he had learned the slogan in school in the 1950s and 1960s and understood it to be a celebration of German unification in the 19th century under Chancellor Otto von Bismarck. He said he was unaware that it was "linked to that country's dark past."

The first verse was dropped from the anthem after World War II because it is deemed too nationalistic. Piñera had been on a European trip to thank countries for their help in freeing the 33 Chilean miners. A spokesman for Wulff's office played down the gaffe on Monday, saying the president had no doubt intended to express something positive about Germany.

Bild's Loser of the Day

Piñera isn't the only one to have unwittingly broken the taboo. Even experienced Europeans have done so. Last year, the French presidential office was so excited at the prospect that Chancellor Angela Merkel would attend the official celebrations to mark the French victory in World War I, the first German leader ever to do so, that its press department announced that the choir of the French army would sing "Deutschland Über Alles" at the event, the Frankfurter Allgemeine Zeitung newspaper reported at the time.

The mistake was spotted in time and the choir confined itself to singing the third verse which has been officially used since the end of World War II, starting with the unoffensive words: "Unity and justice and freedom for the German fatherland!"

Bild, Germany's best-selling tabloid newspaper, responded to the faux pas by declaring Piñera as its loser of the day, a regular item on its front page, on Tuesday. "He's better at rescuing miners," the paper declared.

Meanwhile, "Deutschland Über Alles" continues to sully the pages of Wulff's guest book. Wulff's office now plans to discuss the matter with the Chilean embassy in Berlin. Piñera may get a chance to revise his entry. 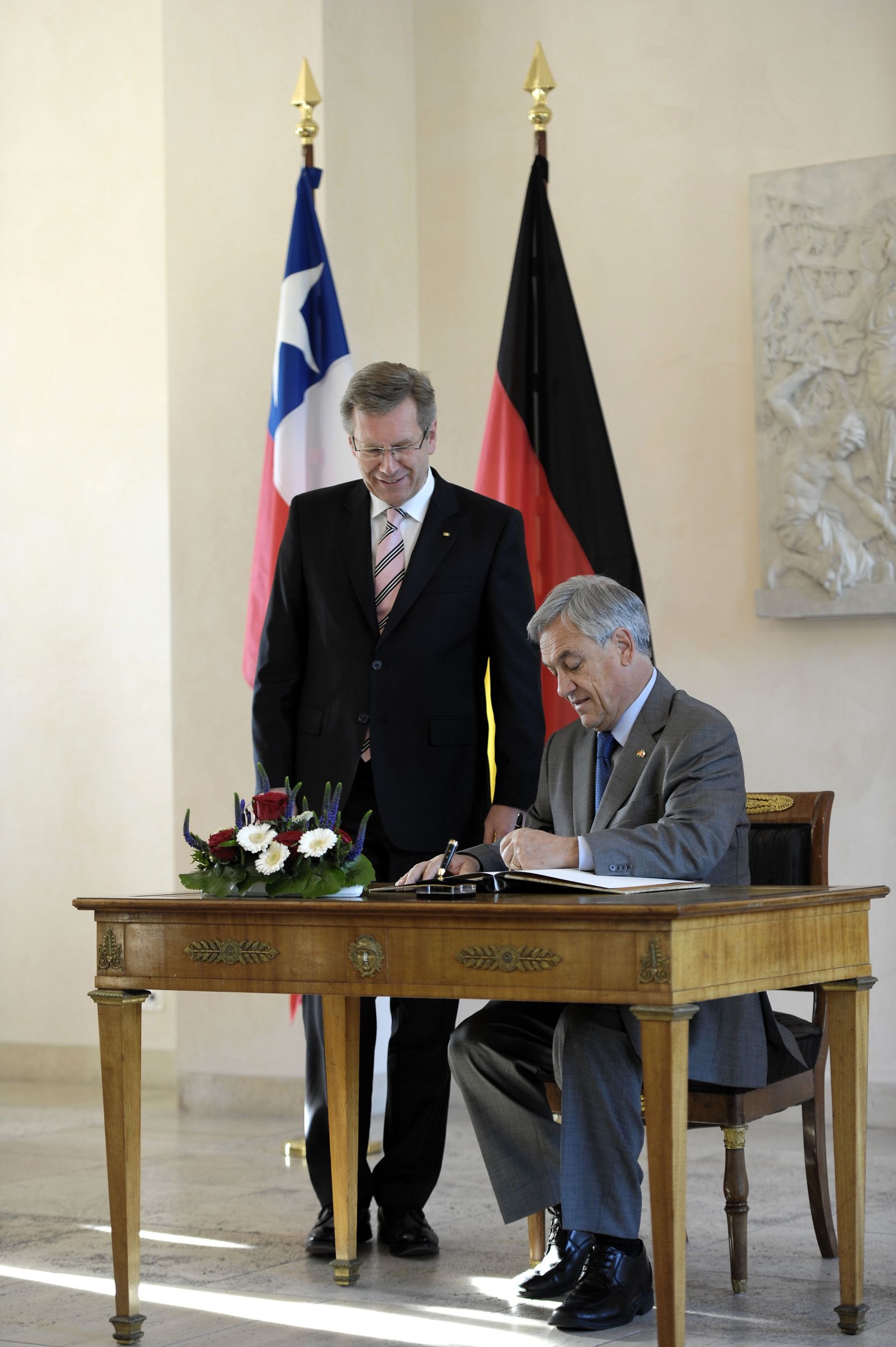