When it comes to natural beauty, the North Sea coast near the small town of St. Peter-Ording is one of Germany's national treasures. The stretch of coastline is known for its beautiful beaches and unique tidal flats. And this winter, with temperatures having remained stubbornly below zero for much of January, the scene is all the more idyllic as the beach has become one with the sea under the ice and snow. 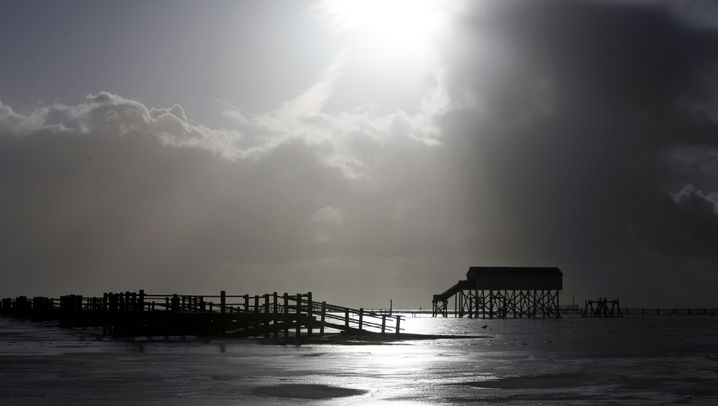 But that beauty almost became a deadly trap for one German tourist who was visiting the area late last week.

All he wanted to do was take a few nice pictures of the stunning ice sheet which currently stretches into the sea. In his efforts at photographic posterity, however, he quickly lost his orientation. Before long, with darkness falling, visibility low and nothing but ice and snow all around, the man, who is about 40 years old, no longer knew which direction to walk for the safety of the shore.

"He didn't know where to go. He stopped because he was afraid," police spokeswoman Kristen Stielow told SPIEGEL ONLINE. "With the unbroken snow and ice, you can't tell where the shore ends and the sea begins."

Help came from an unlikely place. A woman sitting in front of her computer hundreds of kilometers away in the town of Westerwald was taking a look at the frozen beach via one of the many Web cams set up around St. Peter-Ording. In the grainy image on her computer screen, she noticed a shadowy figure on the ice signalling with a flashlight. Immediately, she called the local police station to report the man.

Police were quickly able to locate the man and used car headlights to lead the man to shore. After giving him a lecture about the dangers of walking on the ice, the police let the tourist go back to his hotel. His Web-surfing saviour declined to identify herself to the police.