Pete Doherty, a scandal-ridden British rockstar best known for having dated supermodel Kate Moss, has made headlines again -- and for once, it's actually about his singing.

The Babyshambles frontman took to the stage Saturday evening at a festival that was being simultaneously broadcast live on the radio station Bayern 2. He had originally showed up to watch the concert, but talked his way on stage. After taking the microphone, the clearly drunk rocker started to sing the first verse of the German national anthem, which has been taboo since World War II because of its Nazi associations.

"With a quiet voice, he sang 'Deutschland, Deutschland Über Alles' ('Germany, Germany Above All') four times," said Rudi Küffner, a spokesman for Bayern 2's parent company, Bayerischer Rundfunk. "Then the audience booed him so loudly that he had to start another song." As well as boos, the crowd reacted with whistles and outstretched middle fingers.

The first verse of the German national anthem, which is known as the "Deutschlandlied" ("Germany Song"), is no longer part of the official anthem due to its association with the Nazis. The modern version of the national anthem only uses the third stanza of the song.

Bayerischer Rundfunk says the live broadcast was quickly taken off the air but Doherty remained on stage. He moved on to the next song but his manager pulled him off after his fourth song. "After that, we could no longer guarantee his safety," Rainer Tief, the program manager for Bayerischer Rundfunk told the Munich newspaper TZ.

The broadcaster has already issued an apology and is hoping that Doherty will apologize as well. "Unfortunately, we couldn't foresee this. Live is live," said Rainer Tief. "As the Brits say: We were not amused."

Doherty has long been a subject of celebrity tabloid gossip. The 30-year-old singer has appeared in court numerous times for drug possession, robbery and assault. Following another appearance in Munich, at the 2007 MTV European Music Awards, he was caught on camera relapsing into his heroin habit.

His musical talent was first noticed while he was part of The Libertines, a band which also created headlines in Germany for their song "Arbeit Macht Frei." The title of the song, which is about racism in Britain, is an infamous slogan which was placed over the entrance of Nazi concentration camps. 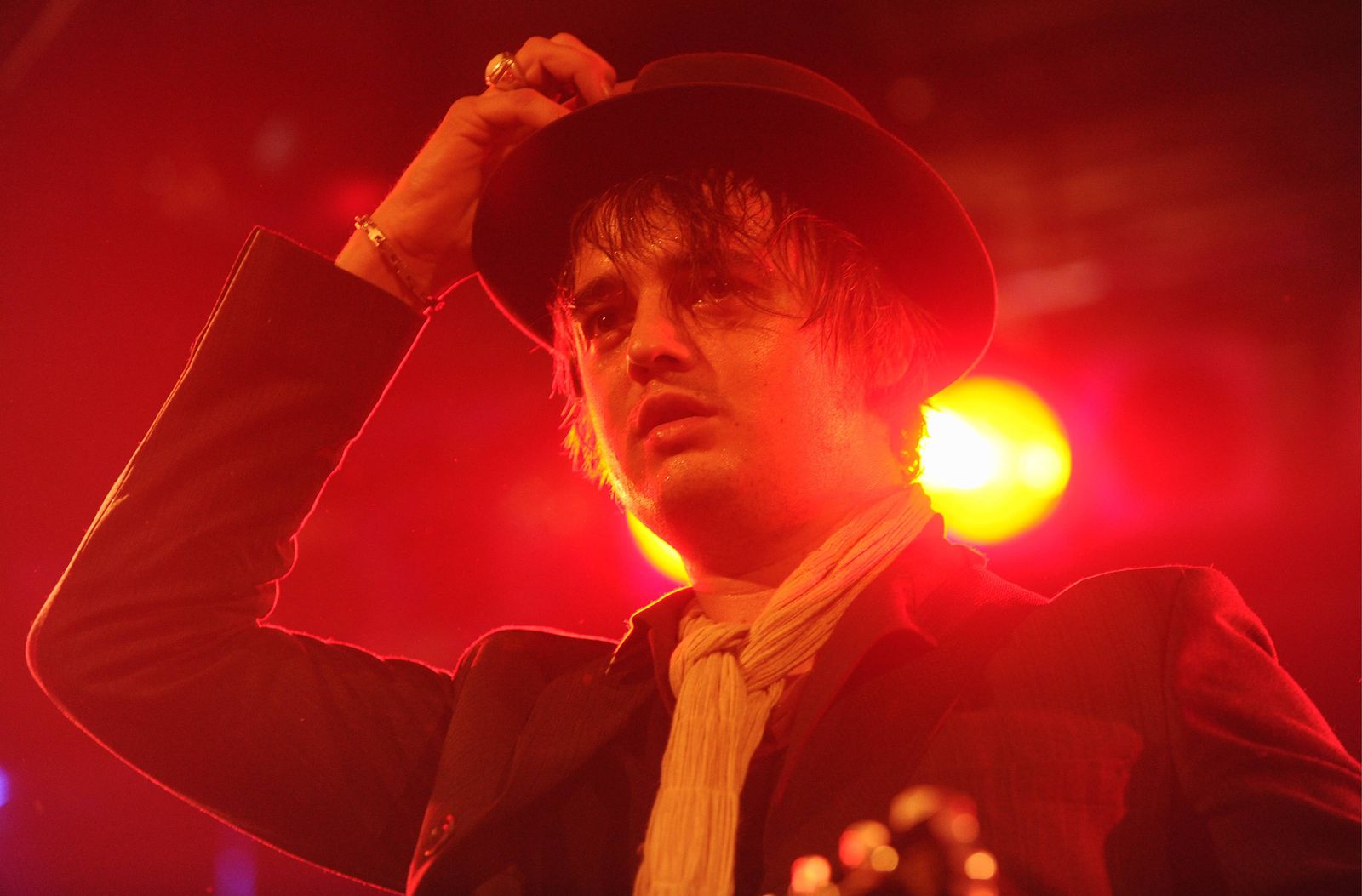 Pete Doherty on stage at his concert in Munich Sunday following his gaffe on a live radio broadcast on Saturday.