Following 120 minutes of football on Sunday night, the final whistle blew in the World Cup final pitting Spain against Holland -- and Paul the octopus emerged as champion.

Paul, the eight-armed oracle at the Oberhausen Sea Life public aquarium in western Germany, finished the World Cup having correctly predicted the winner of every single Germany match, and he even picked Spain to win the final for good measure. He finished the tournament a perfect 8-0 -- including calling Germany's two defeats against Serbia and Spain.

The soothsaying cephalopod quickly rose above his competition -- a pygmy hippo, a porcupine, a monkey and a parakeet among others. None of them could match the success of Paul, who quickly became an international celebrity. His image graced dozens of papers around the world and his predictions became favorite World Cup filler for international television channels everywhere.

Indeed, in the days before Sunday's final, it seemed that everyone was talking about Paul. "Have you heard about the octopus in Oberhausen?" a middle-aged woman asked two of her friends at a café in Cologne shortly after Paul's predictions on Friday. "He said Spain is going to win it. He's gotten all the matches right, so far  it's just so insane."

"I'd love to squeeze a little lemon on him," another at the table said with a giggle.

During the tournament, Paul would predict the results of each of Germany's match the day before. He was presented with two transparent boxes, each adorned with a national flag and containing a shelled mussel. All Paul had to do was grab a mussel.

His early tournament success meant that roughly two dozen international television crews covered his final three predictions. After he correctly picked Spain to defeat Germany in the semifinal, Paul quickly gained legions of Spanish followers. A town in northern Spain offered a €30,000 "transfer fee" for Paul to become the mascot of their octopus-themed food festival, according to the tabloid Bild.

Paul has even made waves in the highest offices of European government. Spain's Prime Minister Jose Luis Rodriguez Zapatero reportedly joked about sending the octopus a security detail after fears that angry German fans may pounce on Paul once Spain beat Germany in a semifinal match on July 7.

Not the Real Paul?

Nevertheless, Paul's success has not come without its own controversy. On Sunday, the Bild am Sonntag newspaper published a story in which a 22-year-old animal hunter named Verena Bartsch claims that she caught Paul off the coast of Italy in April. The story contradicts Sea Life's statements saying that Paul is two and a half years old and was born in England, calling into doubt whether it was the same octopus who amassed a stellar record predicting Germany's matches in the 2008 European Championship.

Sea Star Zoological Director Peter Faltermeier says that he noticed that the octopus delivered in June was Paul while delivering more animals to the Oberhausen aquarium on July 8.

But Sea Life sticks by their story. An aquarium spokesperson told the newspaper that the octopus purchased from Sea Star in June spent only a few days in Oberhausen before being sent on to a different Sea Life aquarium in Speyer, southern Germany.

Meanwhile, the Italian press has latched onto the story claiming Paul as one of their own. "The octopus' name is Paolo," sports newspaper Tuttosport wrote on its website, correcting the octopus' German name.

The original Paul or not, the octopus' baffling prognostications could see his eight legs helping to solve real-world issues. A Monday tongue-in-cheek editorial in the German business daily Handelsblatt suggested that Paul's uncanny predictions be used in shaping policy: "It won't be much longer before his abilities will be heeded in politics and economics. In the end, with his help failed investments can be avoided."

Still, Paul's World Cup success may not translate into solving the euro crisis or restoring equanimity within Chancellor Angela Merkel's bickering coalition. Furthermore, given his advanced age -- Paul is already past the midpoint for octopus life expectancy -- it is unlikely that he'll be able to try to repeat his success four years from now.

But who knows? Maybe we should ask Paul. 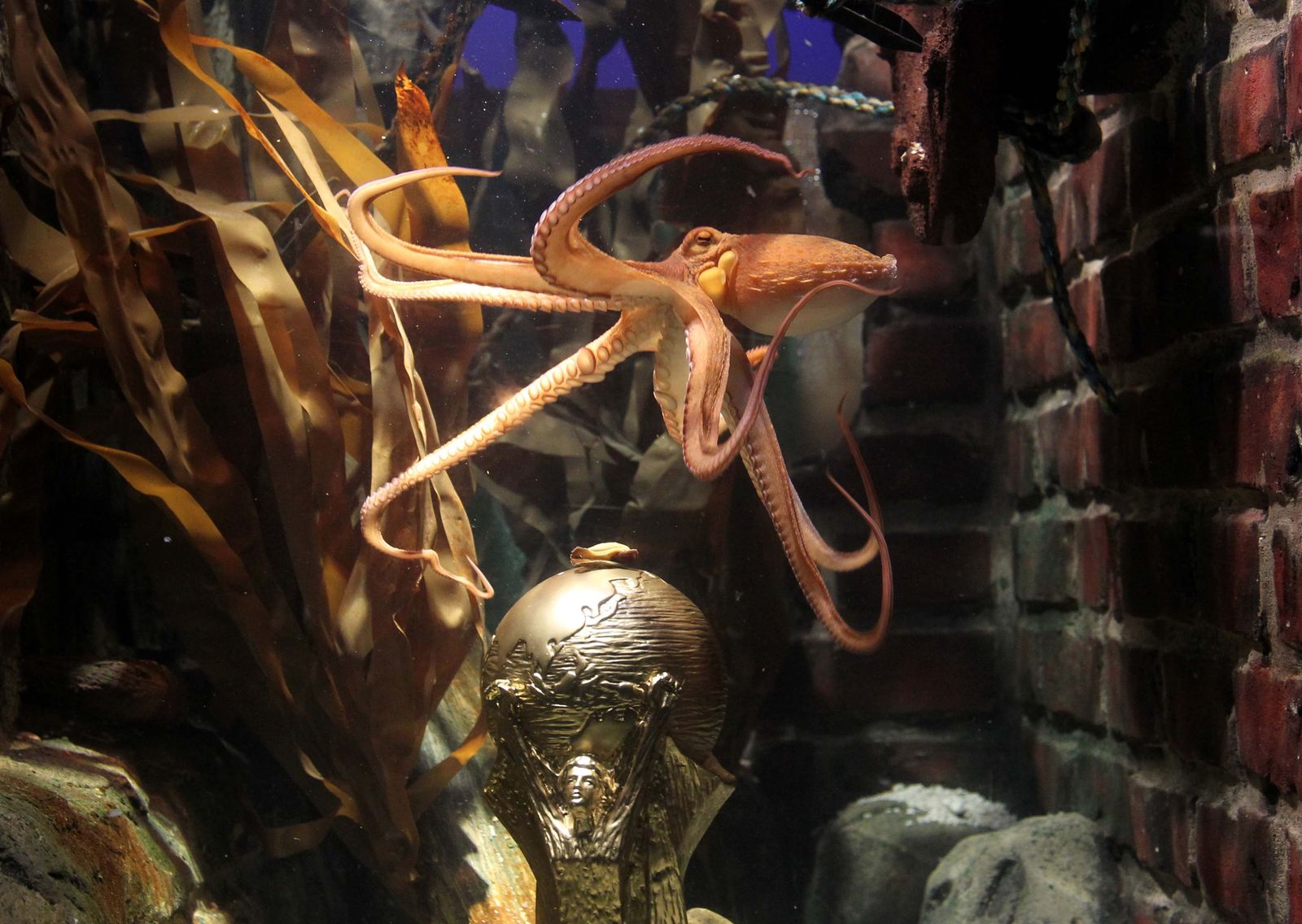 Just five weeks ago, Paul the octopus swam around his tank in relative obscurity.