An adventurous penguin that had escaped from its pool at a German zoo took a wrong turn and ended up in the lion enclosure, the zoo in the western city of Münster said on Monday.

A visitor spotted the three-month-old bird, the zoo's youngest African Penguin, strolling up and down the ice-covered moat alongside the enclosure on New Year's Day, blissfully unaware of the proximity of a pride of lions.

"Luckily the family of lions didn't pose a threat because they were dozing in the warmth of their house," the zoo said in a statement. But the penguin was still in danger because she could have panicked and slipped under the ice.

A zookeeper managed to lure the penguin out a day later with a trail of herrings. The adventure prompted the zoo to name the bird "Leona" in a departure from its practice of just assigning numbers to its penguins. 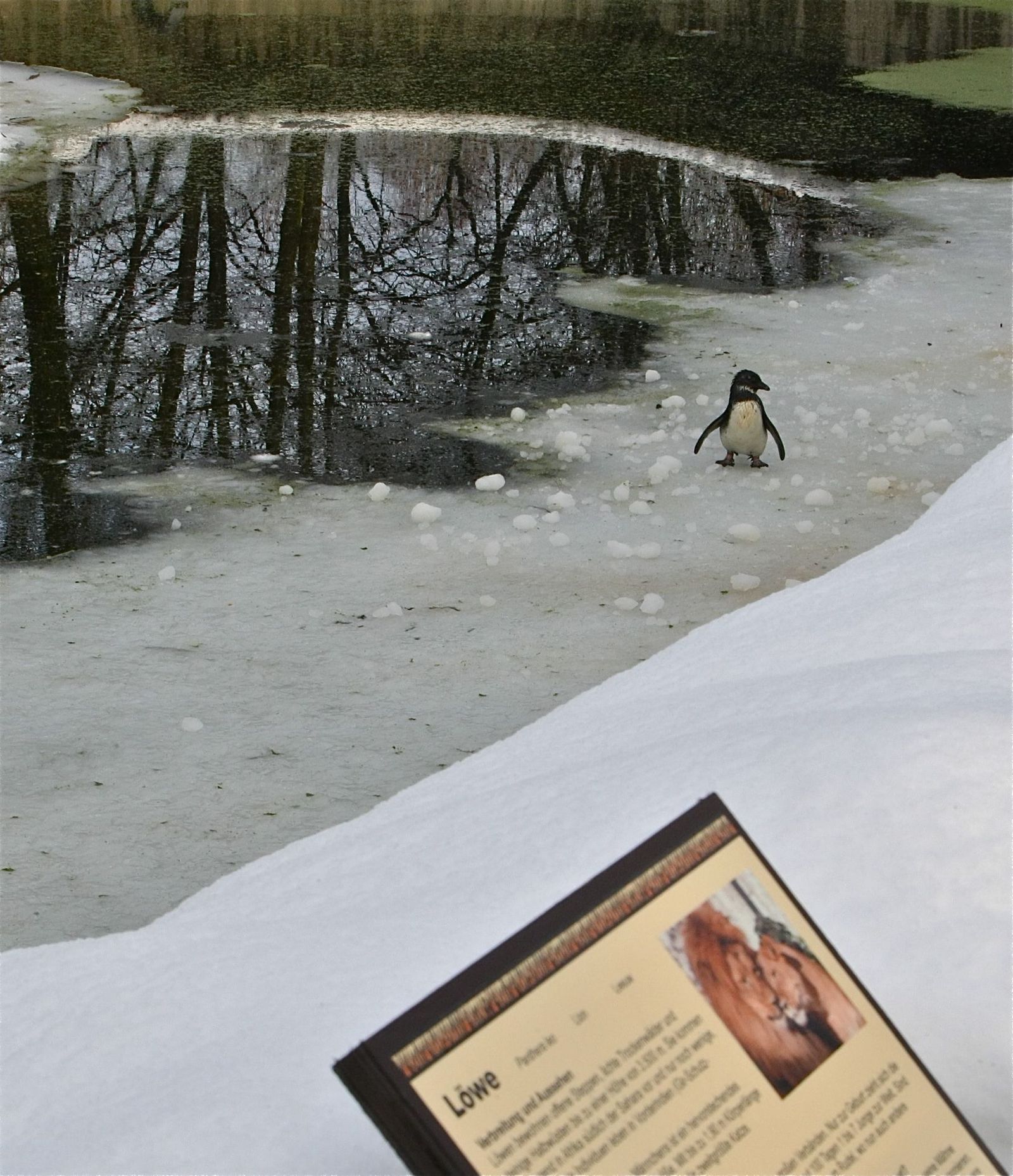