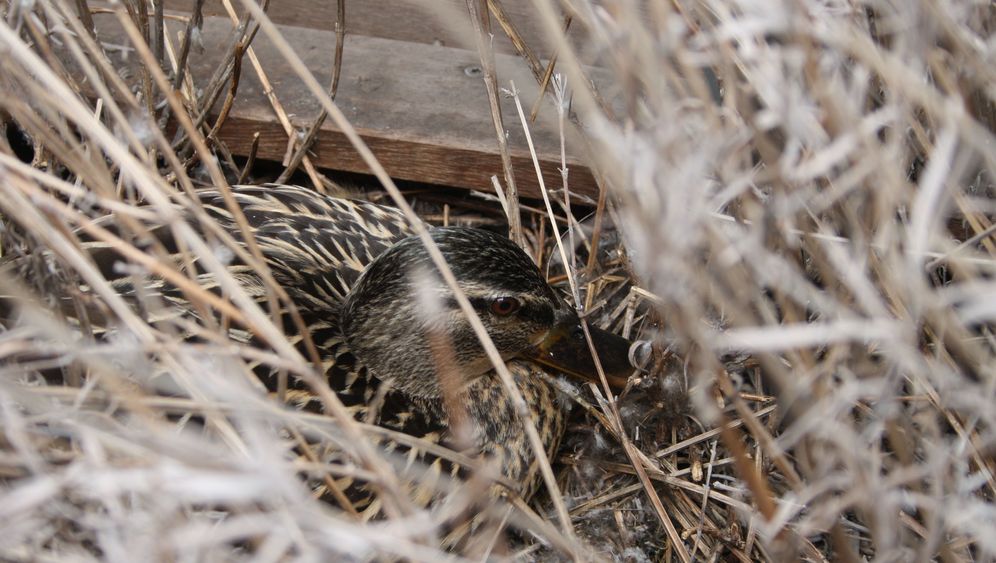 The suite in the luxurious Hotel de Rome in the center of Berlin boasts "breathtaking" views of the capital, according to management. Now the location has attracted an unusual guest: a duck who hatched her eggs on the suite's balcony.

Ten days ago, Stefanie Braun-Feldweg, head of housekeeping at the hotel, inspected the balcony of the suite with the intention of supplying it with new potted plants. But when Braun-Feldweg peered into a pot of lavender, which was already wilting, she did a double take: A speckled duck was staring back at her. The bird had selected the spot, with its magnificent view of Berlin's Bebelplatz square and the central Unter den Linden thoroughfare, as the perfect place to incubate her eggs.

The hotel immediately contacted a local wildlife refuge center, who advised the management to give the animal space and make sure she was not disturbed. "The international guests who were staying in the suite were very understanding," hotel spokeswoman Türkan Arikan told SPIEGEL ONLINE on Friday. "They acknowledged the need to show consideration, given the circumstances."

After several days of observing special measures on the balcony of the suite, five healthy chicks hatched Thursday. A number of rotten eggs were also found in the nest.

Normally ducks choose locations near water to lay their eggs so their offspring can immediately learn to swim. The Hotel de Rome was however reluctant to extend its hospitality by allowing the ducks to use the suite's bathtub. "Unfortunately it was also impossible to offer them our swimming pool," Arikan said, tongue firmly in cheek.

In the meantime, the mother and ducklings, who are all reported to be doing well, have checked out. The wildlife refuge has relocated them to the more natural surroundings of a body of water in Berlin, whose exact location they are keeping under wraps.

The hotel staff miss their unusual visitors. "We were very sorry to see them go," said Arikan. "Even the guests had become very attached."