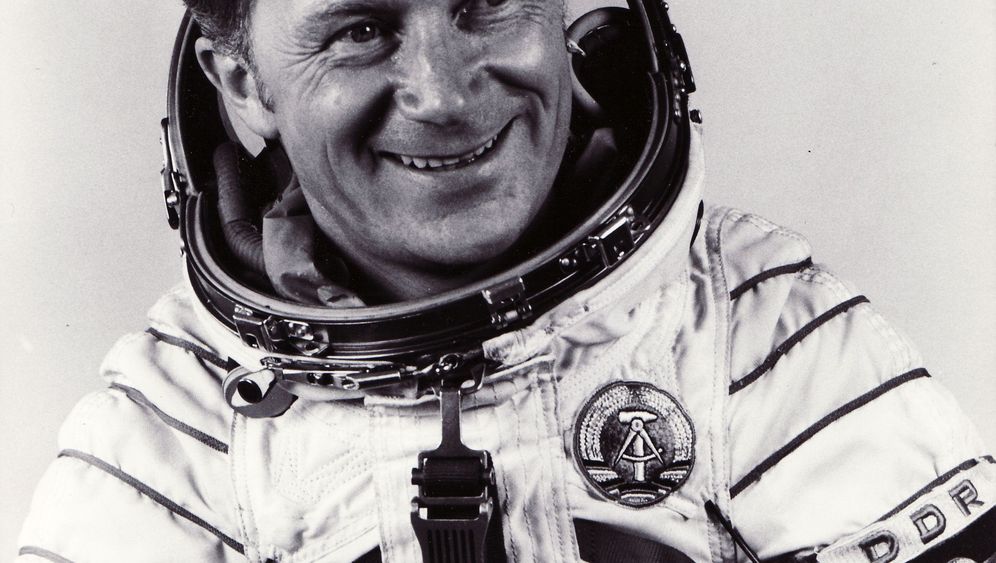 SPIEGEL: Mr. Jähn, on April 12, 1961, Soviet fighter pilot Yuri Gagarin became the first person in space. Did you ever meet him in person?

Sigmund Jähn: No, I was too young. But when he died tragically seven years after his space flight, I was studying very nearby, at the Soviet Air Force's military academy. I attended the funeral service in Moscow, and I saw myself how people waited in line for hours, with tears in their eyes, to pay their respects. It was genuine grief, not propaganda.

SPIEGEL: To this day, there are various theories about Gagarin's plane crash. Was it just an accident? Or suicide? Even murder?

Jähn: Those are nothing but rumors. Anyone who has never flown a MiG-15 UTI would be better off keeping quiet. As a flight instructor, I've flown this model often and I've studied similar crashes. Even at high speeds, it's possible for the fighter jet to stall, especially in clouds. Additionally, Gagarin had hardly flown since his space flight. I agree with the conclusion that the plane was at an unstable inclination, and then there wasn't enough time to pull out of the dive.

SPIEGEL: Did Gagarin's pioneering flight inspire dreams of traveling into space yourself?

Jähn: No, that was all very far away. Of course we, as fighter pilots, were glad that people like us were needed for space travel. But that was all.

SPIEGEL: How was it that you were chosen in 1976 for cosmonaut training?

Jähn: It was all secret, really top secret. One morning I was ordered to report to the head of the air force. I suspected nothing, just thought: Did I do something wrong? There were about a dozen other experienced pilots sitting next to me; we'd all done our training at the Soviet military academy. Finally, they let the cat out of the bag. I said yes immediately. Four of us were sent to Star City, near Moscow, for cosmonaut training. I later found out that (East German leader) Erich Honecker had approved a ranking list on which I was only number two.

SPIEGEL: So how did you make your way to the top?

Jähn: The Russians had the final say, since it was their spaceship we would be flying. And I performed the best in the medical tests, being spun in a centrifuge, for example. And as it happened, once I was in space, I actually didn't suffer from the space sickness that affects many cosmonauts in the first days.

SPIEGEL: Were you afraid before your space flight?

Jähn: No. If you suffer from fear as a fighter pilot, you can forget it. But it was certainly different from my experiences in planes. In a spaceship, you're carried along passively, at the mercy of the rockets and the technicians on the ground. Imagine sitting on a horse with several million horsepower that suddenly takes off at a gallop!

SPIEGEL: Still, you took a figure of the Sandmännchen, a popular animation character from East German children's television, along with you as a talisman.

Jähn: That wasn't my talisman, it was actually a very official assignment. I was supposed to shoot footage for a children's program while in orbit. To that end, the Sandmännchen even wore his own spacesuit, specially made. But things didn't go according to plan …

Jähn: The commander, Vladimir Kovalyonok, also had a doll along, the Russian mascot Masha. We had fun pretending to marry the two dolls, but our silliness backfired. East German television couldn't really present children with a married Sandmännchen. So the footage was never broadcast.

SPIEGEL: What impressed you most in zero gravity?

Jähn: Looking at the Earth, the Northern Lights, the fragile-looking atmosphere, the sunrises that followed quickly one after another -- these images are etched into my memory forever. From space, one thing is clear: This planet isn't so big that humans couldn't destroy it with their greed for profit.

SPIEGEL: How did the landing go?

Jähn: Just before impact, the commander was supposed to push the button to detach the parachute, but he slipped. Then it was too late. A strong wind caught the parachute and we were dragged across the steppe and rolled over several times. I took the worst hits, and I've had back problems ever since.

SPIEGEL: Still, your flight was perhaps East Germany's greatest triumph. Neues Deutschland, the communist government's official party newspaper, ran a story with the headline "First German in Space a Citizen of the GDR," as East Germany was officially known.

Jähn: I never wanted to be made into a people's hero; I found it embarrassing. It wasn't my thing either to give a lot of speeches. For me, being in the spotlight was more exhausting than the space flight itself. But I don't want to complain. I still get fan mail every day, requests for autographs and invitations to give talks. My wife always scolds me, because I answer almost every letter.

SPIEGEL: In those first years, the Soviets were always a step ahead of the Americans. They sent the first satellite and the first person into space, and a cosmonaut made the first spacewalk. Why did the Americans end up in the lead when they made their lunar landing?

Jähn: Let me tell you something many people don't know: The Russians started their own lunar program in the mid-1960s. Gagarin got permission to be part of it, but his colleague Vladimir Komarov was chosen for the new Soyuz lunar spaceship's first test flight. There were problems in orbit and the controls didn't work properly. The mission was aborted, and Komarov died in the landing. The accident caused an 18-month delay. Later, the engines in the lunar rockets also failed -- they just didn't start up. They messed it up, and it was too late to catch up to the Americans.

SPIEGEL: How do you picture the future of Russian space travel?

Jähn: The Russian space program was never as badly off as it was portrayed in the West. Many people thought everything there was reduced to rubble after the collapse of Communism -- just because there were a few rusty doors lying around at the space launch facility in Baikonur. But the Soyuz rockets nearly always lifted off on time, and that's still true today.

SPIEGEL: At this point, even the US relies on Russian rockets to get into space. After the last Shuttle flight, only Soyuz rockets will be able to transport people to the International Space Station. But these are practically the same models that were used in the 1960s. Haven't there been new developments since then?

Jähn: What reason is there to replace the Soyuz carrier rockets? There are no more reliable ones anywhere in the world. In any case, Russian engineers are currently developing a new Soyuz spaceship for a six-person crew. It is also intended to take wealthy tourists into space, where they can vacation in inflatable orbital stations. This is only for the superrich, of course -- capitalism now reigns in space as well. But this spaceship could also be used to take people to the Moon.

SPIEGEL: And to Mars?

Jähn: We will certainly fly to Mars at some point. It's a suicide mission -- but sooner or later humans do everything that they are physically capable of doing.

Jähn: I don't believe the visions of humans emigrating into space one day. Evolution has tied us to the Earth. I would rather walk through the woods in the Vogtland region (ed's note: where Jähn was born) than float through the narrow tubes of a spaceship forever.