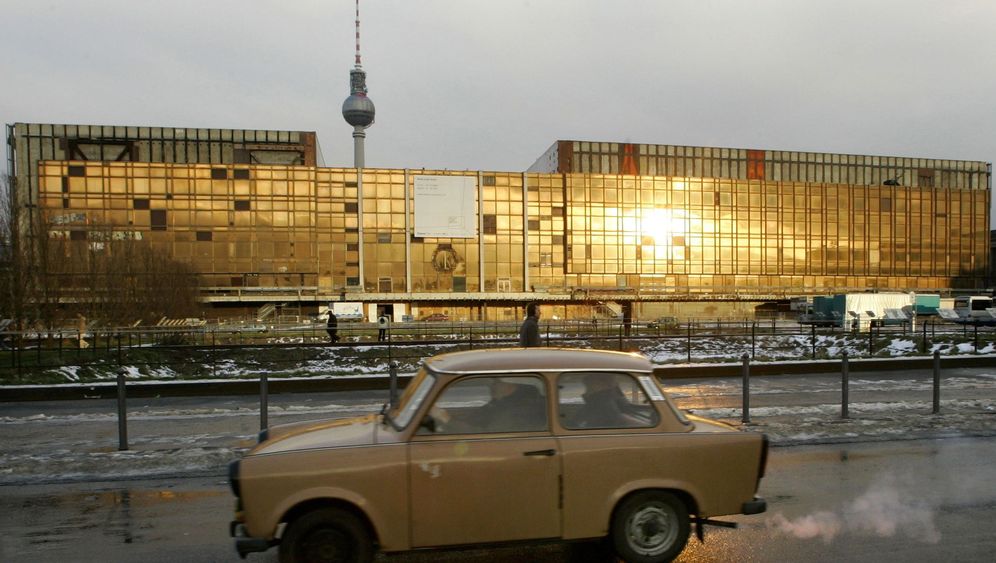 After the fall of the Berlin Wall two decades ago, East Germans had had enough. Even as Trabants were hard to come by in communist times, once Germany reunified, everyone wanted a Western car.

Not long later, thought, the little plastic car with its fume-belching two-stroke engine became the premier cult item for hard-core auto enthusiasts -- and for those who had succumbed to Ostalgie, dubious nostalgia for life in communist East Germany when "Trabis" provided a limited source of freedom and people had to wait 10 years for delivery.

These days, though, Trabis are slowly sliding toward extinction, with the number registered in Germany rapidly dwindling.

Much of that, of course, is due to natural selection. The vehicles are made of Duroplast -- a mixture of resin powder and cotton -- and are literally falling apart. In addition, however, many owners ditched their brand loyalty last year when the German government offered a €2,500 vehicle scrapping bonus to persuade people to buy new cars to boost the flagging economy.

Merely 35,000 Trabis are still registered with the German Federal Office of Motor Vehicles (KBA), a decrease of more than 95 percent from 1993, as far back as the KBA has statistics.

"Naturally, the cars are just too old," KBA spokesman Stephan Elsner told SPIEGEL ONLINE. The plant in the eastern town of Zwickau that produced the first Trabi in 1957 rolled the final one off its assembly line in 1991, shortly after reunification.

'It's Only a Hobby Today'

"The number of Trabis on the road is constantly going down," Uwe Tautz, who restores old Trabants at his garage in the eastern Berlin district of Marzahn-Hellersdorf, told SPIEGEL ONLINE. "It's only a hobby today."

Still, if you ask around, the number of those intent on keeping their plastic rattle-traps hasn't fallen. "Our customer base has remained constant over the years," Andreas Trull, a mechanic at the Trabant Oasis, a garage in the town of Hoppegarten near Berlin, told SPIEGEL ONLINE. "The reason some don't drive them anymore is because of low-emission environmental zones some cities have introduced."

But the cars remain a feature on the streets of the German capital, at least the eastern part of it, and Berlin officials are well aware that the cars are a tourist attraction. In 2009, the city declared that the Trabant had become a world-famous trademark for East Germany and decided to protect the endangered species by relaxed emissions standards for Trabis.

The cars have also lived on in a number of jokes about the vehicles. Click below for a selection:

Trabi Safari, a company that rents Trabis by the hour in Berlin, Dresden and Potsdam, gets their spare parts from a factory in Hungary that still manufactures components. All told, roughly three million Trabis were produced and many of them found homes across the Eastern bloc.

Trabi Safari's armada currently totals more than 90 of the subcompacts, nearly all of which are registered in Berlin. That's roughly 10 percent of the capital's total Trabi count. "We get them mostly from private owners, and still many go kaput," Michaela Drepte, an assistant at the rental company, told SPIEGEL ONLINE. The company, however, has to add a special part to all their Trabis to comply with Berlin's emission standards.

Despite their growing rarity, however, Trabants are still relatively cheap to come by. A mere €1,000 ($1,300) is enough according to prices in online classifieds, the easiest place to find Trabis according to Tautz.

Soon, though, there might even be some new ones available. IndiKar, a car manufacturer based outside of Zwickau, is hoping to give the Trabi new life. The company unveiled plans last year to make an electric-engine car in the Trabi style. IndiKar hopes car will hit roads in 2012 and cost around €25,000 ($32,500).