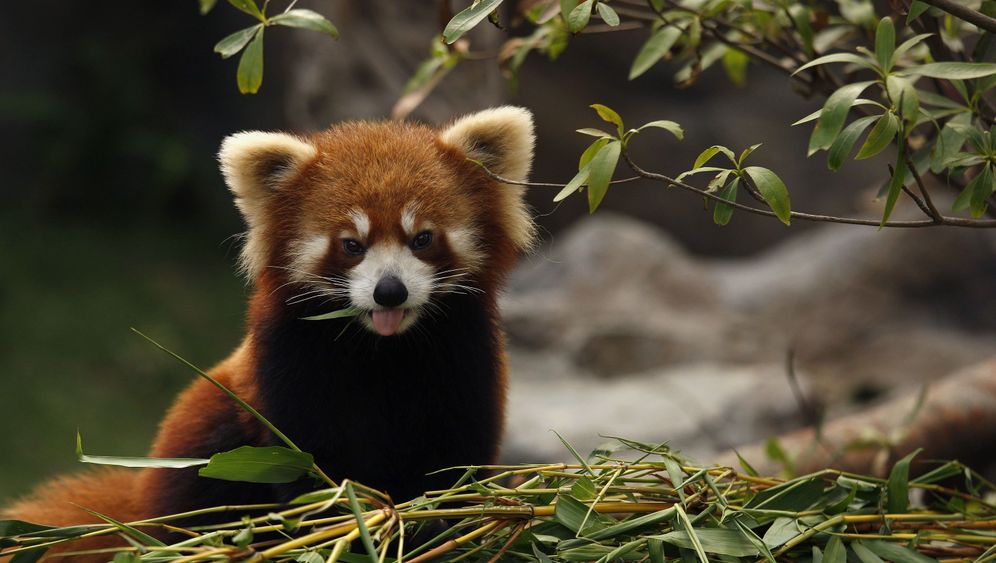 It has been a busy few weeks for ursine-esque mammals falling out of trees. First, there was the black bear who scuttled up a tree on the campus of the University of Colorado in Boulder. After police tranquilized the beast, it fell 15 feet onto gym pads placed helpfully below and was unhurt.

A red panda at the Dresden zoo wasn't quite so lucky. After having escaped his enclosure on Thursday morning, the little animal scurried high up into a tree. Unable to retrieve it themselves, zoo officials called in the fire department, which then trained their hoses on the panda in an effort to encourage it to climb down. Instead, the panda fell -- some 10 meters (33 feet) onto a grassy patch below.

"He seems to be doing well today," the park's head of zoology, Wolfgang Ludwig, told SPIEGEL ONLINE on Friday. "But he almost definitely has some injuries; some cuts and scrapes and probably a concussion as well."

Ludwig said that the fire department had hoped to set up padding for the creature to fall upon, but he dropped out of the tree before they could pinpoint his precise location. Prior to turning on their hoses, they had attempted to extend a fire truck ladder up into the treetop.

Still, the hose technique was not a product of desperation. Ludwig said that red panda escapes are not uncommon, calling them "real escape artists." Often, he says, if you spray them with water they will climb down a bit before dropping to the ground of their own accord.

Not this time. The red panda is recuperating from its fall inside a small hutch. "He is still terrified," Ludwig said. "We are just going to wait until he comes out on his own terms."

And the famous Boulder bear? Tragically he was hit by a car a few days after his famous fall from the tree. He died of his injuries.