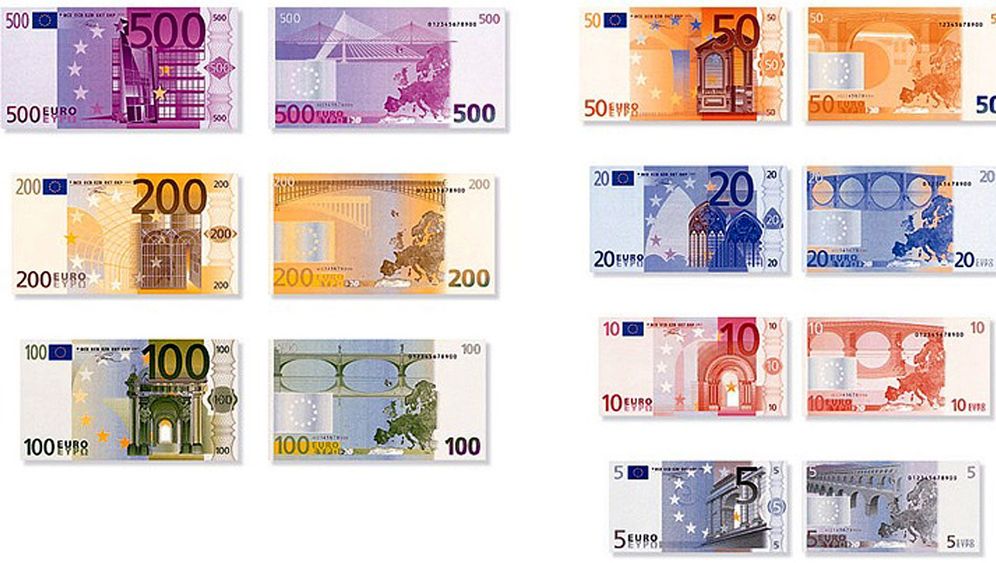 Photo Gallery: The Bridges of Spijkenisse

Few people are likely aware that the architectural features found on euro banknotes never actually existed. Worried about offending member nations, the European Monetary Institute commissioned designs for windows, gateways and bridges to fit in with the generic theme "Ages and Styles of Europe" ahead of their 2002 launch, in an attempt to avoid "national bias."

Their sensitivity to potential rivalries turned out to be prescient, particularly in light of the resentments and prejudices that have arisen amid the ongoing currency crisis in the European Union. But while politicians may be approaching the increasingly desperate situation with grave determination, a Dutch artist is gaining attention for his literal and humorous interpretation of the euro banknotes themselves.

Robin Stam is making the stylized bridges portrayed on the backs of the seven euro banknotes a reality.

"At first the statement was about how the European Union used the bridges to explain the tight collaboration and communication between all the countries, but the bridges weren't even real," the 30-year-old Rotterdam-based designer told SPIEGEL ONLINE. "Now they are real and in a Dutch suburb. It's kind of a joke now that everyone is so busy with the crisis."

Far removed from the number crunching and euro bailout negotiations in Brussels and beyond, Stam's bridges are being constructed in an upscale housing development in the Rotterdam suburb of Spijkenisse. Two have already been finished -- the red Romanesque-style bridge from the €10 note and the orange Renaissance-style bridge from the €50 bill. The remaining five bridges -- Classical, Gothic, Baroque, industrial iron and glass, and modern 20th century-- are set for completion by the end of next year.

The project, which he calls "The Bridges of Europe," started with a joke, Stam said. "I thought it would be funny to copy something everybody used every day," he explained. "When I spoke to the city council they thought it was funny too and were enthusiastic about actually doing the project."

The artist gathered a team of other designers and engineers to help build the small-scale banknote-bridges, which he estimates will cost Spijkenisse about €1 million in total. The results are strikingly true to the images, down to their bright hues. Matching the colors in the concrete has, however, been a particular challenge, Stam said.

Robert Kalina, the Austrian designer behind the euro banknotes, told SPIEGEL ONLINE he was amused that his vision for the euro notes had been built. "It's a very humorous idea," he said. "But I would have liked to have seen them built in the actual old style of the bridges they were modelled on instead of the kitschy façade."

Stam admits that some people have said his bridges are ugly. "But most people think they're funny, particularly at this time," he added.

In an official description of the euro banknotes, the European Central Bank states that the designs point to a particular period of European history, but steer clear of associations with any particular member state. Now, though, all of the bridges are in a single member state, the Netherlands. Concerned that this might be a problem, Stam contacted the ECB, officials at which were also reportedly amused, providing him with an official letter of approval.

"Their main concern is that people don't counterfeit the bills," Stam said. "But they said you can't pay for anything with a bridge."

Stam insists the purpose of his bridge project is not political, despite the attention it has garnered from European news outlets as the euro crisis rages on. "It's all one big coincidence," he said. "When I started this there wasn't even a crisis yet."