Paris' renowned nightlife is on the brink of death -- so many locals say. Last Sunday, musicians, hospitality professionals and nightclub owners in the French capital sounded the alarm over the declining quality of Parisian nightlife by handing over a petition to their mayor. The assembled representatives of the town's party crowd collected 14,000 signatures to support their plea to their fellow Parisians, particularly the ones employed in law enforcement, to be more tolerant of the noise that nocturnal frolicking inevitably entails.

The French daily Le Monde went as far as to dub Paris the "European Capital of Boredom." So much for the City of Lights.

Paris is not the only European city where people are worried about their nightlife. Last summer a grassroots group named Ai!Amsterdam, a pun on the Dutch capital's slogan "I Amsterdam," produced a manifesto that reads like a litany of complaints over city policy towards bars and clubs. In recent years, bars have been fined because their patrons were drinking on a terrace while standing, instead of sitting, as the law dictates. Opening hours are being further restricted, the group claimed. A ban on terrace heating is also under consideration. "Just imagine what would happen if we enjoyed ourselves!" the manifesto sardonically ponders.

Ai!Amsterdam also wondered what would become of Amsterdam's red light district, which has recently become the target of a government crackdown. The local authorities are trying to redevelop the historic streets and reduce the number of prostitutes that work there. Ai!Amsterdam feared the area would become a posh shopping district deserted after 9 p.m. The group cited all the party-averse measures the city government had taken in recent years, and asked the question "What is going on? Who asked for all this?"

But the people fighting for their right to party seem to be losing the battle in cities like Paris and Amsterdam. According to urban sociologist Anne Hemker, urban nightlife has become a victim of the cities' success. "European inner cities are used very intensively for wildly varying purposes. The narrow, medieval streets are often popular with residents, revellers and tourists alike. Of course, this doesn't mix well," Hemker says.

Hemker is a member of the Night Watch, a citizens' initiative which aims to give Amsterdam nightlife back some of its pizzazz. The organization has argued for more lenient regulations and opening hours for bars and clubs. Hemker sees local governments' measures to seize control of the urban night as an attempt to impose civilization on parts of society found to be lacking it. She argues that all European cities are facing the same problems: loitering youths, excessive drinking, threats of violence, vandalism and public urination. These issues inevitably lead residents and their government to push for more civilized conduct, Hemker says.

Urban geographer Irina van Aalst also finds that local officials throughout Europe are stepping up their control of party districts. "London, for instance, has thousands of CCTV cameras keeping a close eye on its revellers," Van Aalst says. One of the reasons for the heightened oversight, she believes, is nightlife's key role in urban image building.

Van Aalst recently published her thoughts on the "new trend" that has made theaters, restaurants, bar and clubs "an increasingly important element in the international competition between different cities." A hopping nightlife can attract members of the so-called "creative class," the residents most coveted by today's urban planners. According to the now dominant paradigm, embodied in the work of the American sociologist Richard Florida, these people are key to the development of modern cities.

Because nightlife has become so crucial to cities, local governments feel more inclined to control its downsides. To boost the night-time economy, any perceived lack of safety needs to be dealt with, Van Aalst says.

In the Netherlands this means that nightlife is now governed by strict security policies which usually entail the increased presence of law enforcement, strict door policies and CCTV surveillance. "This rigid maintenance of public order can create a sterile environment, which drives many young people away," Van Aalst argues. A strong police presence, for instance, can be menacing rather than comforting.

While the battle for the urban night rages on, some fear its outcome has already been decided.

Dick Koopman, a party organizer who co-founded Night Watch, also fears the worst for Amsterdam's nightlife. "The city has not improved at all in the last few years. Amsterdam is simply becoming too expensive. Rents are driving me mad. Only commercial businesses can afford these types of prices," he said.

Koopman now spends half of his time living in Berlin. "Across from my place there are a few empty building where anybody can start a bar or a club." According to Koopman, in Berlin "the spirit of Amsterdam's 1980s is still alive. Anything goes. Thanks to one major commodity: plenty of space." 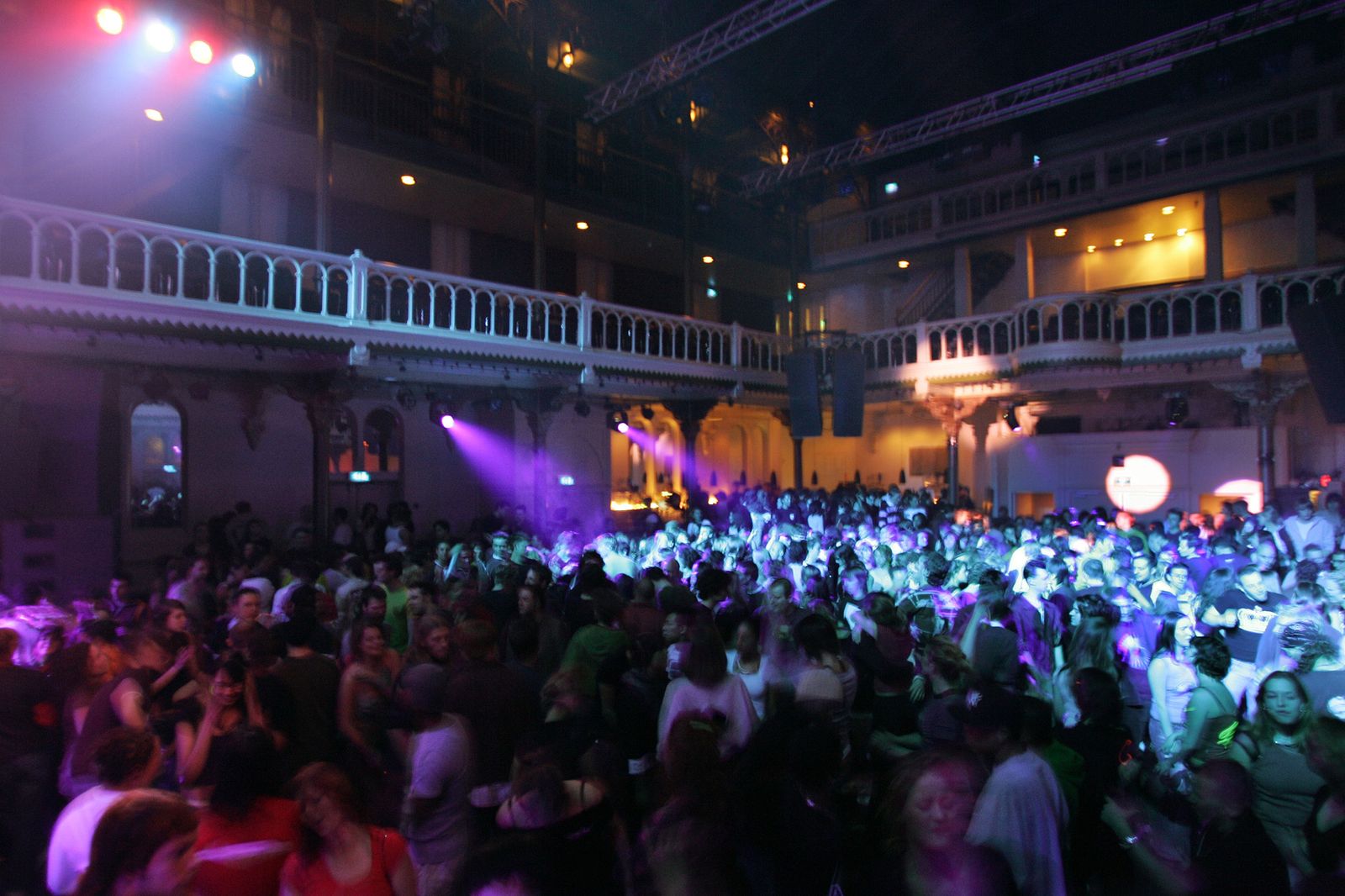 Club Paradiso, a former church converted into a club in the center of Amsterdam.