It was a greatly delayed homecoming. But on Tuesday, the remains of five Kawesqar Indians, kidnapped in 1881 and brought to Europe for display in zoos, were returned to Chile for burial in their ancestral homeland in Tierra del Fuego in the country's far south. 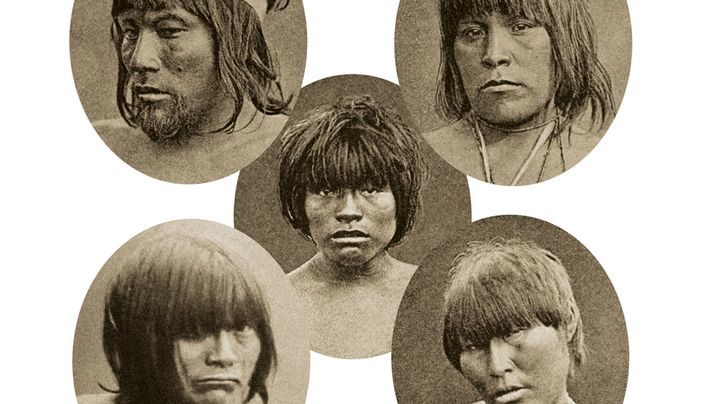 Chilean President Michelle Bachelet was on hand for the arrival of the remains, contained in five baskets. In light of recent evidence indicating that the Chilean government had allowed the abduction of Kawesqars, in addition to those belonging to a number of other native tribes, Bachelet said her country had been guilty of "neglect in the face of such abuses." She went on to say that "as we near the bicentennial of our independence, we have to confront both the brightest points and the darkest moments of our history."

But it's not just Chile that has to confront the fate of those who were put on show across Europe. The five who arrived back in South America on Tuesday -- given the names Henry, Lise, Grethe, Piskouna and Capitán by their captors -- were just some of the hundreds of natives put on display across Europe at the end of the 19th century and the beginning of the 20th.

Known as "human zoos," the shows involved the abduction of indigenous peoples from around the world, particularly Africa. Often they were displayed in villages built in zoos specifically for the show, but they were also made to perform on stage for the amusement of a paying public.

One of the most prominent of the human zoo operators was the Hamburg animal trader Carl Hagenbeck, whose name still graces the zoo in Hamburg. Indeed, it was a Hagenbeck expedition which brought the five Kawesqars to Europe (along with six others, five of whom were allowed to return with the sixth dying on the way home). They took part in Hagenbeck shows in Berlin, Munich, Leipzig, Stuttgart, Nuremberg and Zurich in addition to Hamburg. In Paris, the show, called "The Savages from the Land of Fire," attracted a half-million visitors.

'Most Emotional Moment of My Career'

The remains were discovered during research for a documentary film about the human zoos. Chilean filmmaker Hans Mülchi not only found evidence that the Chilean government had cooperated with Hagenbeck, but also learned that the five Kawesqars had died in Zürich, victims of European diseases such as measles. Their remains were stored in the Anthropological Institute at the University of Zürich and were identified by anthropologist Christoph Zollikofer, who accompanied them back to Chile.

"It was the most emotional moment of my career," Mülchi said, according to the Süddeutsche Zeitung newspaper.

The bones have been handed over to surviving members of the Kawesqar tribe and are to be buried in a traditional indigenous ceremony on a remote island in Tierra del Fuego. Home at last.