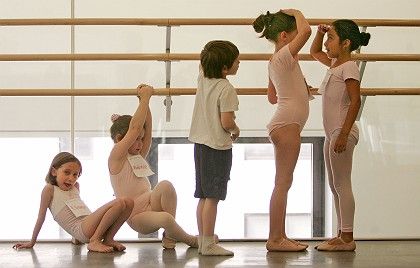 My mom's richer than your mom.

For years, researchers have been wondering why Americans stopped growing. US citizens were among the tallest in the world up until World War II. But since then, heights have stagnated while Europeans have been getting taller and taller, with the average American now between two and six centimeters shorter.

The correlation between wealth and height has long been understood, the most recent example coming as Eastern Europeans shot up following the collapse of communism. But why, in the richest country in the world, should growth rates be stagnating?

A new study published in the current issue of the Social Science Quarterly by researchers from Princeton University in the US and the University of Munich in Germany indicates that the difference may have to do more with politics than biology. Specifically, the study, which involved the statistical analysis of demographic and health data collected between 1959 and 2002, concludes that the spotty US health-care system and weak welfare net could explain why Americans have stopped growing.

"We surmise that the health systems and high degree of social security in Europe provide better conditions for growth than the American health system, despite the fact that the system costs twice as much," said study co-author John Komlos from the University of Munich in a statement. "There are also indications that American diets are deficient in several areas."

From the Colonial times until roughly the 1970s, Americans were the tallest people in the world. But then, growth stagnated while Europeans spent the second half of the 20th century growing like weeds. Now, the average Dutchman is six centimeters taller than the average American -- "almost an exact reversal of the relationship in the middle of the 19th century," Komlos says.

Researchers have established in recent years that wealthier families tend to provide better nutrition for their children and, as a result, they tend to grow taller. The drastic differences in the United States between rich and poor, the researchers pointed out, mean that the US average is pulled down by those who struggle to get by. Whereas in the US, some 15 percent of the population has no health insurance and those on welfare can barely get by, almost all citizens of northern and western European countries enjoy universal health care and a generous social net. The result is that even those children dependent on welfare in Europe have a sufficient living standard, the researchers concluded.

Still, quite a bit more needs to be done to determine the relationship between social standards and height, says Komlos. "In short," he said, "the richest are neither the tallest nor the healthiest. Why that is so must be explained."