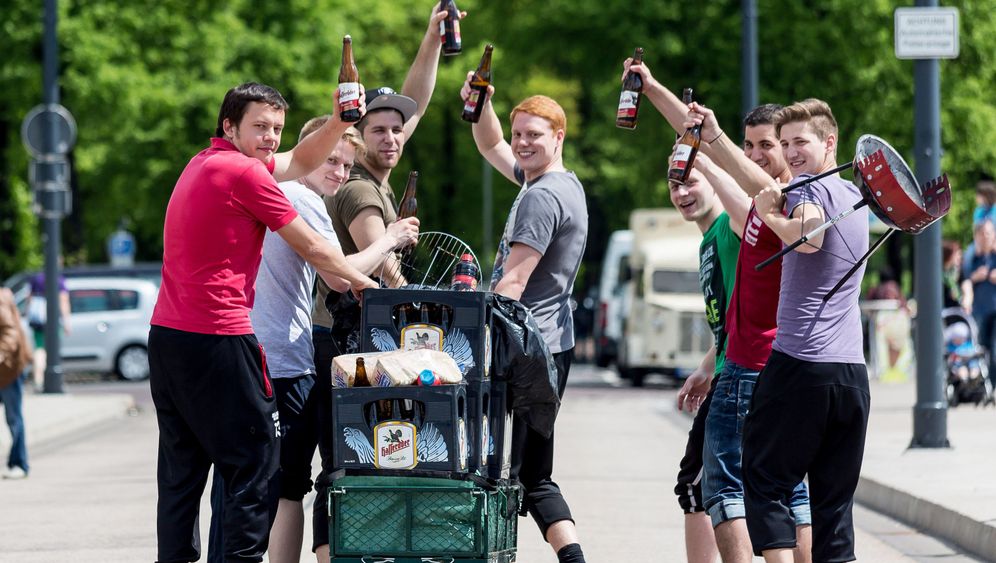 Most years, injuries reported on Ascension Day in Germany tend to be associated with excessive drinking by those of the male persuasion. The day, after all, doubles as father's day, and is traditionally celebrated in the form of packs of men (non-fathers join in the fun too) pulling a wagon full of several cases of beer.

On Thursday, however, a father's day party in the town of Dabel, not far from Germany's Baltic Sea coast, came to a fiery end when a lightning strike injured 42 revellers, six of them seriously. At the time of the strike, some 500 people were present at the fairground where the party took place. The injured were treated for burn wounds; those with more serious injuries were evacuated by helicopter.

Father's Day in Germany, coinciding as it does with a national holiday, has long been a day for men to get together and get drunk. Excursions into the countryside are common, with beer being the beverage of choice, though some carry walking sticks with baskets full of schnapps attached at the top. In cities, the day tends to be a free-for-all, with the staggering and drunken chanting becoming more pronounced as the day progresses. In some villages, however, the day still retains a taste of its traditional, 18th century origins as a celebration of Jesus' return to the Holy Father. In Bavaria, Ascension Day processions remain common.

For dozens of the partiers in Dabel, however, the day ended in the hospital, though most of the injuries suffered were minor. A similar incident occurred just last year, when a lightning strike at a music festival in northern Germany resulted in 51 injuries.