The Italian chocolate manufacturer Ferrero has raised eyebrows in Germany this week with a commercial that is drawing accusations of having a hidden xenophobic message.

The election-themed ad was part of a campaign advertising the launch of white chocolate Ferrero Küsschen, or "little kisses" -- which had thus far only been available seasonally. The uproar about the ad, which has now been withdrawn, sparked a discussion about the limits of political correctness -- and the apparent insensitivity of the advertiser to issues of race.

In the ad, which was created by M&C Saatchi, one of the world's largest advertising companies, a giant talking chocolate package stands at a podium and gives a speech in front of cheering supporters holding placards and chanting "Yes Weiss Can" ("Yes White Can") and "Weiss Nuss Bleiben" ("White Nuts Stay"). "We all want to change the country for the tastier, we want white Ferrero Küsschen forever," the anthropomorphic package says before a triumphant poster unfurls on the stage saying "Germany Votes White."

The ad prompted a quick, dumbfounded reaction on social media platforms. On Twitter, users compared the campaign to that of the NPD, the far-right German party associated with the neo-Nazi movement that is known for making racist and anti-immigrant statements. "Has Ferrero Weiss become the main sponsor of the NPD?" asked one user on Twitter. "As of now, the NPD will be eating nothing but Ferrero Küsschen," tweeted another.

The Facebook page for the campaign became the site of an acrimonious debate about the ad, in which one user said, "I hope the advertisers behind this dumb campaign get a chocolate kiss stuck in their throats, and there aren't any Nazis around to dislodge it." Others complained that it was ridiculous that an advertiser couldn't use the word "white" in an ad without being accused of racism. In the wake of the public reaction, Ferrero pulled the ad to "make changes."

"It is important for us to clearly stress that we are strictly against any form of xenophobia, right-extremism or racism," Ferrero said in an email statement to SPIEGEL ONLINE. "All of our assertions were purely about white chocolate -- and without xenophobic intent. We regret that the commercial was misunderstood and the product messaging was otherwise construed."

According to Tahir Della, Chairman of the Initiative for Black Germans (ISD), the fact that this commercial made it to air "shows how subtle racism can be in Germany. It's recognizable to people who are affected by it but the majority doesn't catch on so quickly." He says Germany has a lot of catching up to do when it comes to race and racial awareness. Despite the country's growing diversity, he says, it still largely sees itself as a homogenous place, and because much of the post-war discourse has dealt with guilt over the Holocaust, it hasn't fully grappled with its problematic colonial history. "It's a standard reaction to say that people in Germany are being overly pestered about political correctness -- when I think it's actually the opposite of that," he says.

This isn't the first time a German ad campaign has sparked accusations of racial insensitivity. Two years ago, a bakery chain caused an uproar when it advertised a chocolate cake with a photo of a black baby and the words: "Chocolate dream. Only as long as supplies last." In 2009, German food company Spehe marketed fried chicken with a curry dip as "Obama fingers," seemingly oblivious to the loaded association between African-Americans and that particular food. In 2004, the Festspielhaus in Baden-Baden advertised a performance of Wagner's "Parsifal" -- conducted by famous US conductor Kent Nagano -- with a poster showing a digitally altered Wagner making slanted eyes with his fingers, an apparent reference to Nagano's background. Not only did the ad go largely unremarked upon when it appeared, German advertisers awarded it a prize the next year.

Xenophobia has become an especially loaded topic in Germany since a series of racist neo-Nazi terrorist attacks killed nine immigrants between 2000 and 2006 (a string of attacks by a group called the National Socialist Underground, for which the last surviving member, Beate Zschäpe, is currently on trial).

Della also points to current debate surrounding a new refugee center in Berlin's Hellersdorf district as an example of Germany's continuing struggle with racism. Over the last several weeks, the opening of the center, which is meant to house refugees from Afghanistan, Syria and Serbia, has become a rallying point for far-right extremists. Neo-Nazi groups have staged protests against the opening of the center and one man was arrested for making a Nazi salute. The incident has once again brought discussions of German xenophobia into the headlines.

But Della doesn't believe the Ferrero campaign was the result of conscious, racist decision-making, and was merely a mistake. He believes the fact that the company reacted so quickly is a sign of progress. "This is a learning process," he says, "and their reaction -- to take the ad off the air -- is a good step." 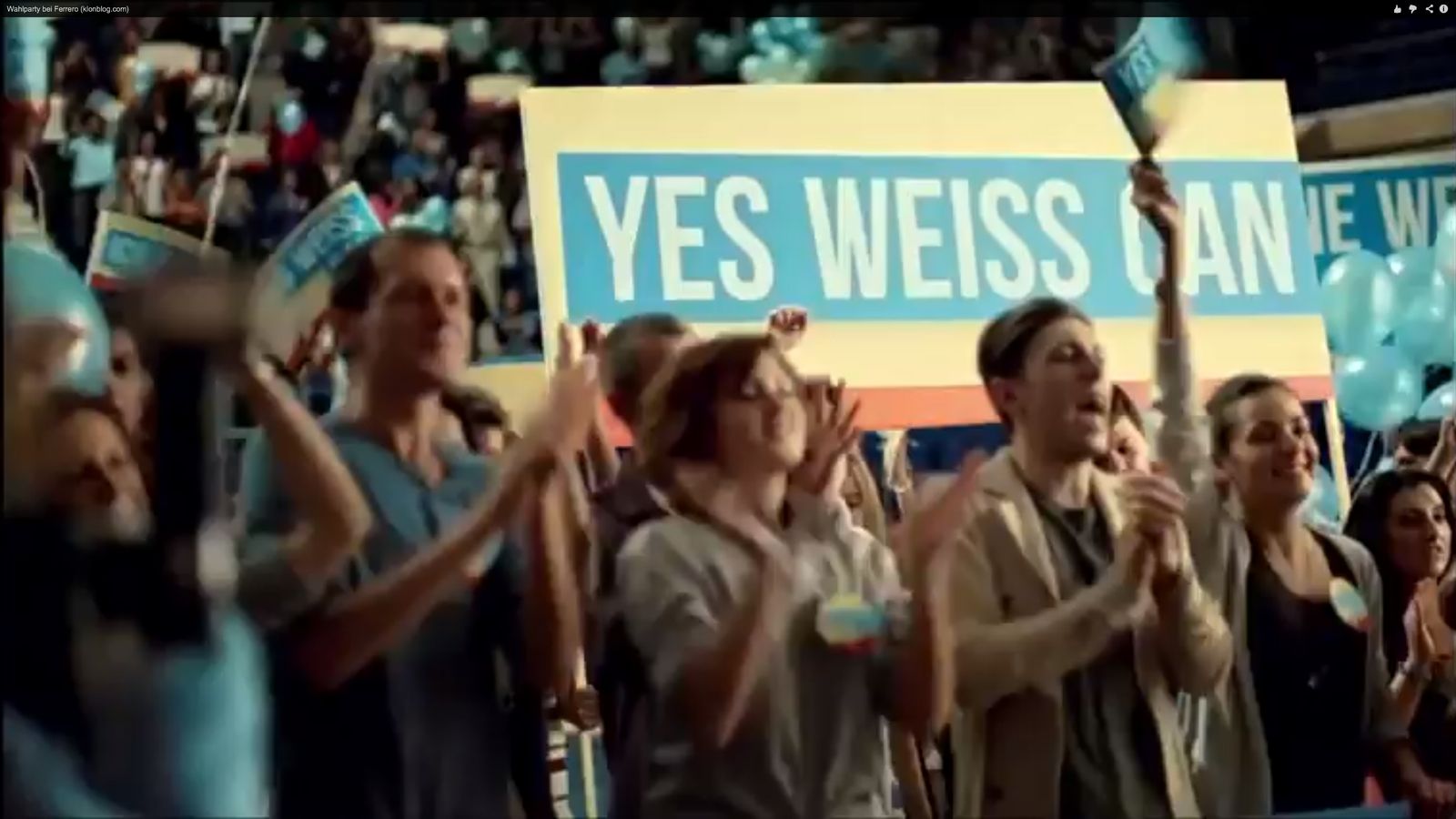 A screenshot of the Ferrero white chocolate ad that has drawn accusations of racist undertones.