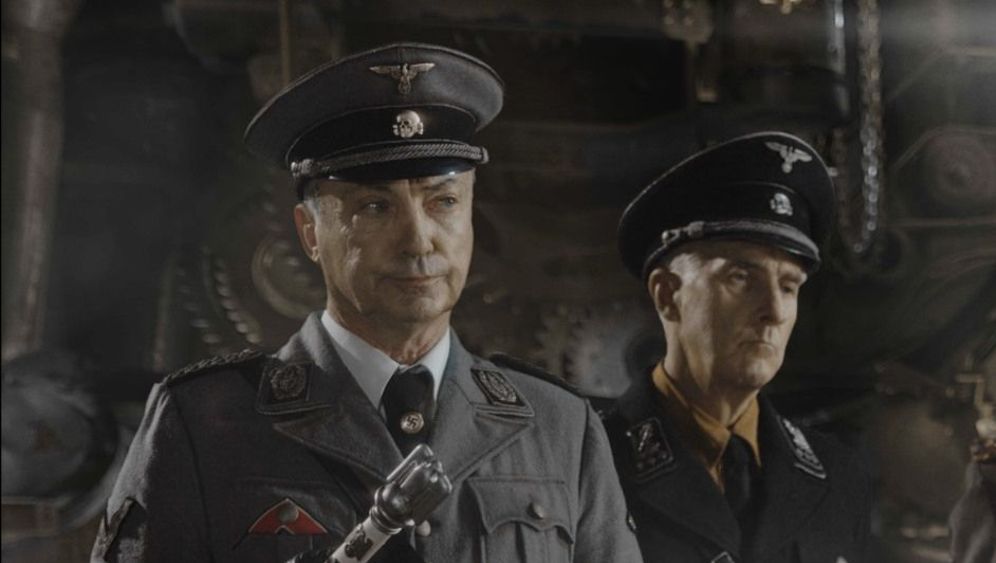 Photo Gallery: Dark Side of the Nazi Moon

A science fiction comedy about a secret Nazi space colony that has taken over the dark side of the moon has become one of the hottest tickets at the Berlin Film Festival.

In the film, "Iron Sky," American astronaut James Washington (played by Christopher Kirby) parks his Lunar Lander too close to the Nazi base. This prompts Moon Führer (Udo Kier) to decide that it's time to conquer Earth.

The Führer and his band of Nazis formed a colony on the Moon following the Nazi defeat in 1945. They've been waiting for the right time to invade Earth and establish the Fourth Reich.

The US president (Stephanie Paul), who looks like Sarah Palin, relishes the prospect of a fight.

The film, which is set in 2018, is directed by Finnish director Timo Vuorensola and produced by his company Energia Productions. It premieres in Germany on April 4. Vuorensola's first feature film, "Star Wreck: In the Pirkinning" drew hundreds of thousands of fans via Youtube.

Money for Iron Sky came not only from German government film development grants, especially from the state of Hesse, but via the Internet through crowdfunding. The producers reportedly amassed some €1 million ($1.32 million) from Internet fans, who are now likely to profit from the movie's success. Internet sponsors were also able to offer their script ideas.

It's maybe more than ironic that at the Berlin festival -- long known for its ambitious politically-motivated films, a low budget Nazi comedy has grabbed the headlines.

But critics were less thrilled. The Hollywood Reporter said the movie is "uneven, its humor never quite matching the luster of its visuals."

Variety said while the movie is an immediate box office winner, "the final product is much more amusing in theory than in execution." Still, the film "can count on support from its small army of fan investors, but otherwise, poor word of mouth may sabotage its plans for world domination."